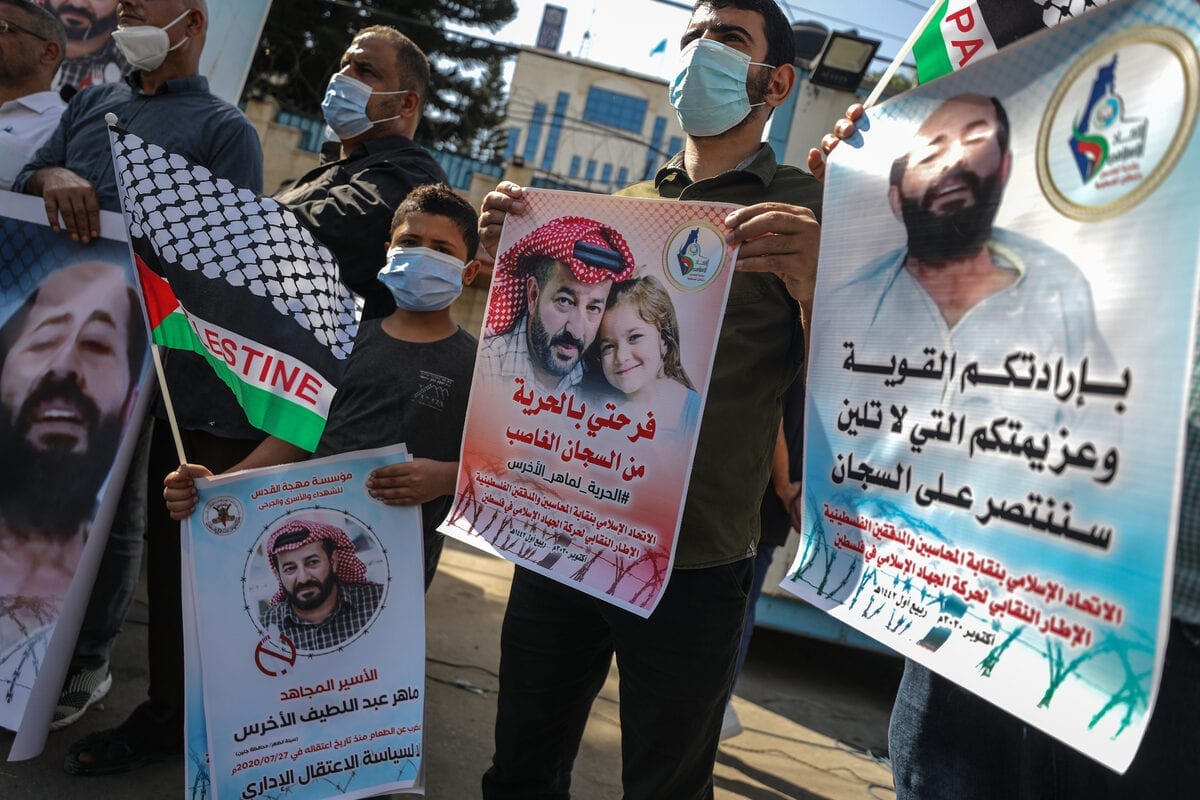 Calling for the freedom of one Palestinian political prisoner is what Israel expects from the international community. The latest detainee to go on hunger strike protesting against the administrative detention order that keeps him in prison indefinitely with neither formal charges nor trial is Maher Al-Akhras. His protest has now exceeded 90 days and he is in a frail condition. Cue the UN's "concern" for human rights while simultaneously disregarding the Israeli colonial violence that has imprisoned thousands of Palestinians merely for exercising their right to anti-colonial resistance.

Al-Akhras was arrested on 27 July and placed under a renewable administrative detention order in August, supposedly for being a member of Islamic Jihad. He was subjected to the same ordeal in 2009 with an administration order for 16 months, and also in 2018 for a duration of 11 months. Three other Palestinian prisoners have started their own hunger strikes in solidarity with Al-Akhras; their predicament is not yet dire enough to warrant media attention, or UN statements for that matter, because the lives of Palestinian prisoners within the international context are only relevant in terms of how near they are to death. 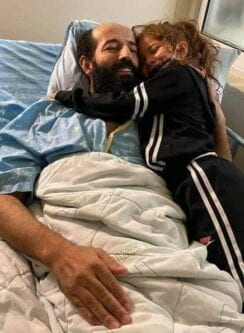 In a statement about Al-Akhras's deteriorating health, the UN's Special Rapporteur Michael Lynk condemned the concept of administrative detention as "an anathema in any democratic society that follows the rule of law." Israeli security forces, Lynk said, "have not provided any persuasive evidence in an open hearing to justify its allegation that he [al-Akhras] is a security threat." The UN knows that Israel justifies its actions through its "security" and "self-defence" narrative without the burden of having to actually prove that any security threat exists.

Administrative detention is arguably one of the practices that most defines Israel and what it stands for: the perpetuation of oppressive violence in which Palestinians have no rights and any recognition of such violations from the international community requires media depictions of a Palestinian prisoner on the brink of death. In other words, unless the media sensationalises hunger strikes, the UN – the purported guardian of human rights – feels no responsibility to act. Presumably, this is because the international community is used to seeing dead or dying Palestinians, and disrupting such normalised violence does not bode well in terms of the institution's maintenance of violations to retain its relevance.

Away from the current context, Israel's administrative detention practices are of no concern to the international community, just as the Palestinian prisoners do not attract attention unless they are transformed by media narratives as a hunger striker and therefore worthy of publicity. Who remembers Samer Issawi now? Once transformed into an icon of resistance only to be forgotten once released because his name no longer served any media function.

The truth is that Palestinian hunger strikers are fodder for exploitation and when their purpose is served, their identity is lost among the statistics. Sensationalism over hunger strikes is shifting attention away from the reality of administrative detention through which Israel keeps Palestinian political prisoners behind bars. With each repetitive occurrence, activism is being trapped in the illusion of victory. If Al-Akhras is released, it must not be paraded as a victory until the occupation's unjust prison system is no longer functioning alongside the militarised surveillance forced upon the Palestinians.