Normalising ties with Israel is of benefit to Sudan, Hemedti says 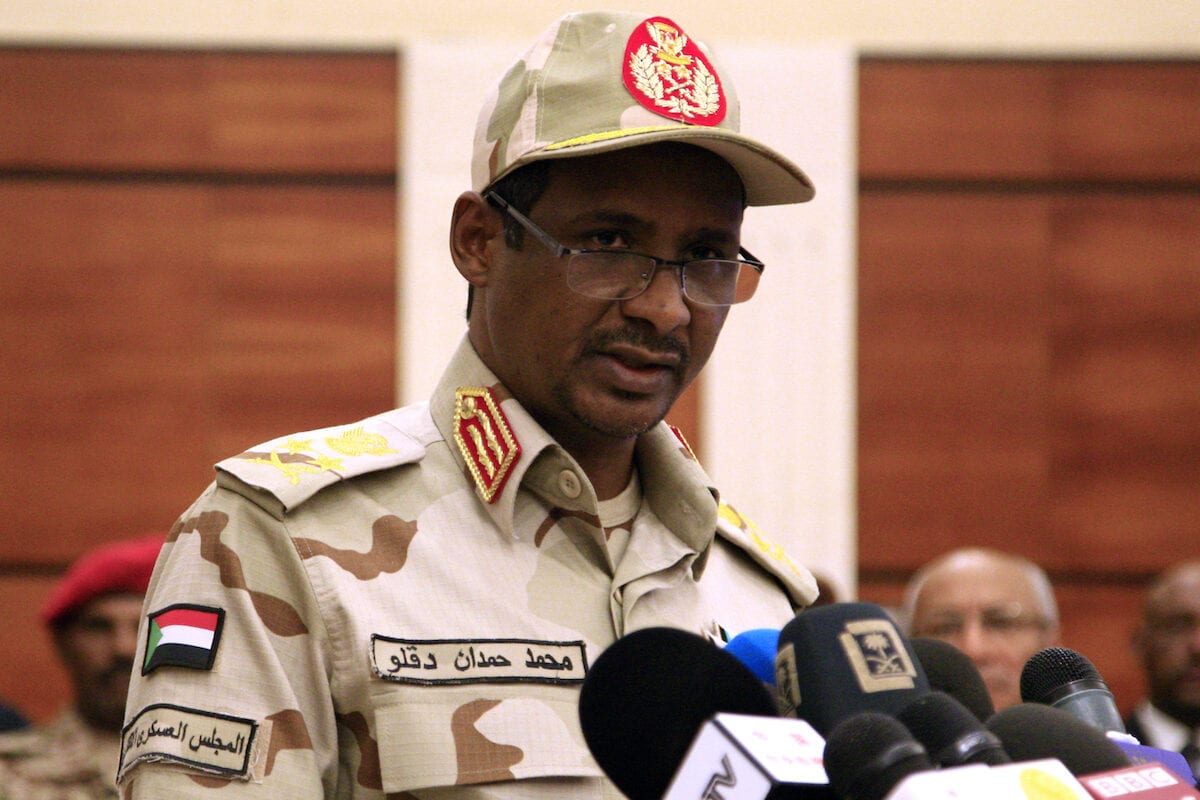 Sudanese deputy chief of the ruling miliary council Mohamed Hamdan Dagalo delivers a speech after inking an agreement with protest leaders in Khartoum early on 17 July 2019. [EBRAHIM HAMID/AFP via Getty Images]
October 29, 2020 at 9:21 am

Deputy Chairman of Sovereign Council in Sudan, Mohamed Hamdan Dagalo (Hemedti) claimed on Tuesday that the country's decision to normalise ties with Israel is based on popular consent, Asharq Al-Awsat reported.

Speaking to the London-based newspaper, Hemedti denied reports about foreign or US pressure on Khartoum to force it  to normalise relations with Israel.

He said that Sudan's historic commitment and stance towards the Palestinian cause does not prevent the establishment of ties with Israel, claiming the boycott had been worthless and did not benefit anyone.

"There is no hostility between us and Israel, and no war," he stated. "There is no Muslim or Arab army fighting to stand in solidarity with, this means that the boycott is worthless as a weapon," he added, claiming that Sudan "will reap the fruits of peace and communication with Israel."

READ: Normalisation with Israel will trigger an arms race in the Middle East

According to Hemedti, 90 per cent of the Sudanese support the normalisation of ties with Israel. At the same time, he claimed that his country now supports the Palestinian right to a sovereign state.

Referring to the Arab League summit held in Khartoum in the wake of the Israeli occupation of Palestinian, Syrian and Egyptian territories in 1967, he said: "The Three No's [no peace, no recognition and no negotiations] did not benefit Sudan at all."

"We are working to reconcile with the whole world and Israel is a part of this world," Hemedti affirmed. "Sudan has suffered from international isolation for more than 27 years, due to being listed by the US as a terror-sponsoring state," he said, claiming that removing Sudan from this US list is not related to the normalisation deal.