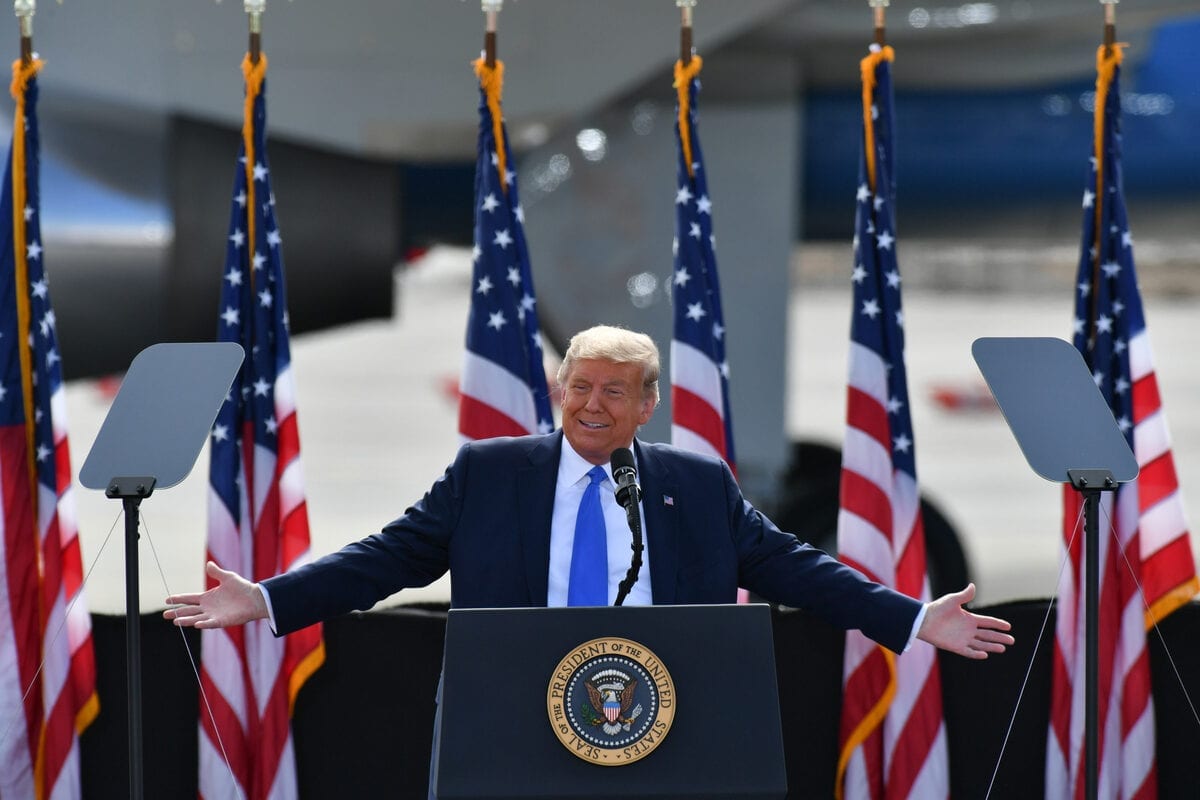 US President Donald Trump announced Friday that Sudan has agreed to open full diplomatic relations with Israel, making it the third nation in recent months to do so after Bahrain and the United Arab Emirates (UAE), Anadolu Agency reports.

White House spokesman Judd Deere confirmed the move, saying on Twitter it marks "another major step toward building peace in the Middle East with another nation joining the Abraham Accords."

The "Abraham Accords" is the name given to pacts brokered by Trump that have seen Arab nations normalize ties with Israel.

Prior to the UAE and Bahrain doing so in recent months, Egypt and Jordan were the sole Arab nations to have relations with Tel Aviv. Egypt did so in 1979 and Jordan in 1994.

"The Sudanese transitional government has demonstrated its courage and commitment to combating terrorism, building its democratic institutions, and improving its relations with its neighbors," the US, Sudan and Israel said in a joint statement.

The Sudan announcement came shortly after Trump formally notified Congress of his intent to rescind Khartoum's placement on the US's state sponsors of terrorism list.

The decision followed the east African country's transfer of $335 million into an escrow account for the victims of past terror attacks and their families, spokeswoman Kayleigh McEnany said in a statement.

The funds will be used to compensate victims of the bombings on the US embassies in Kenya and Tanzania, as well as the 2020 attack on the USS Cole and the murder of USAID employee John Granville who was killed in a gun attack in Khartoum in 2008.

The 1998 embassy attacks and bombing of the USS Cole, a guided missile destroyer, off Yemen were claimed by al-Qaeda, which had used Sudan as its base of operations during the 1990's.

The State Sponsors of Terrorism removal has been long-sought by Khartoum, and marks another milestone as relations between the former rivals continue to improve following the 2019 ouster of longtime leader Omar al-Bashir.

Secretary of State Mike Pompeo earlier this week predicted "there will be enormous bipartisan consensus" among lawmakers as the process to remove Sudan moves forward.

Following Sudan's removal, the list will be comprised of only three nations: Iran, Syria and North Korea.

Israel and Sudan agreed to start economic and trade relations, beginning with a focus on agriculture, and will send delegations "in the coming weeks" that will be tasked with negotiating pacts on "agriculture technology, aviation, migration issues," and other critical areas, according to their joint statement.