Saeb Erekat's death is a loss to the Palestinian people 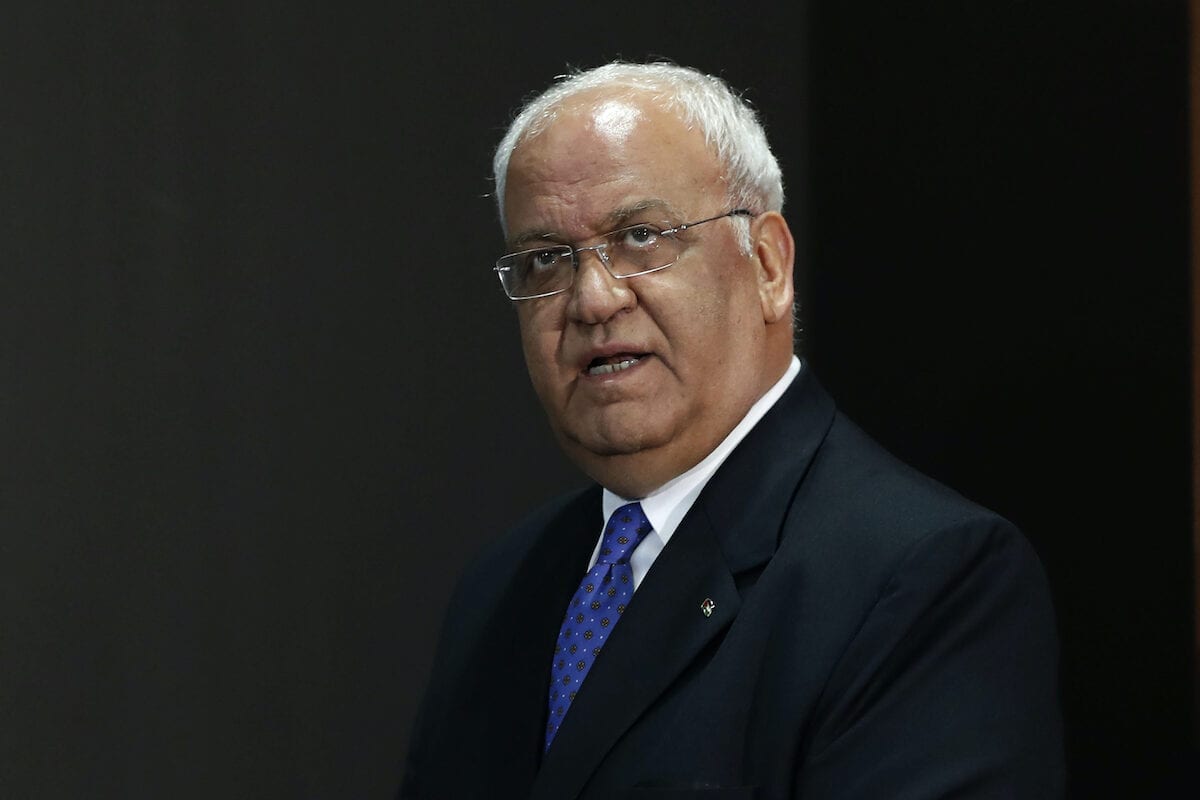 The death of Dr Saeb Erekat marks a sad moment and turning point in the history of the Palestinian struggle for freedom. The hashtag #SaebErekat was trending moments after the announcement of his passing on 10 November. It almost coincided with the 16th anniversary of the death of former Palestinian President and Fatah leader Yasser Arafat, who died on 11 November, 2004.

Erekat, 65, was the Secretary General of the Executive Committee of the Palestine Liberation Organisation. He died after contracting Covid-19 and was being treated at an Israeli hospital in Jerusalem. The virus complicated his existing condition following a lung transplant in 2017 in the US.

Three days of mourning were declared and Palestine flags were lowered to half mast at all official offices and embassies worldwide. He was buried in a simple ceremony near his home in Jericho, in the occupied West Bank.

As a veteran negotiator for the Palestinians, Erekat was nicknamed "the Living Archive" due to his experience in the role. He was a key negotiator of the landmark Oslo Accords in 1993, following which he held a number of senior posts in consecutive Palestinian Authority governments. In 2009 he was elected onto the PLO Executive Committee and the Central Committee of Fatah.

"The death of our dear brother and friend, the great fighter Dr Saeb Erekat represents a great loss for Palestine and our people," said President Mahmoud Abbas. All Palestinian political factions expressed their sorrow and wished his family patience at this difficult time.

Messages of condolence arrived from around the world, including the US, Canada, Britain, the EU, Qatar and the UN, as well as from a number of Israeli officials. "I'm saddened by the death of Saeb Erekat," said former Foreign Minister Tzipi Livni. "Despite being sick, he texted me to say that he is not finished with what he was born to do." However, some other Israeli officials and lawmakers such as Bezalel Smotrich, a prominent far-right MK from the Yamina Party, cheered Erekat's death and described him as an "anti-Semitic terror supporter".

Donald Trump's former Middle East envoy Jason Greenblatt was engaged with Erekat in an online diplomatic disagreement. Nevertheless, he tweeted that, "Erekat and I were worlds apart in our views of the Israeli-Palestinian conflict, its history and how to resolve it. But he tried hard to represent his people." 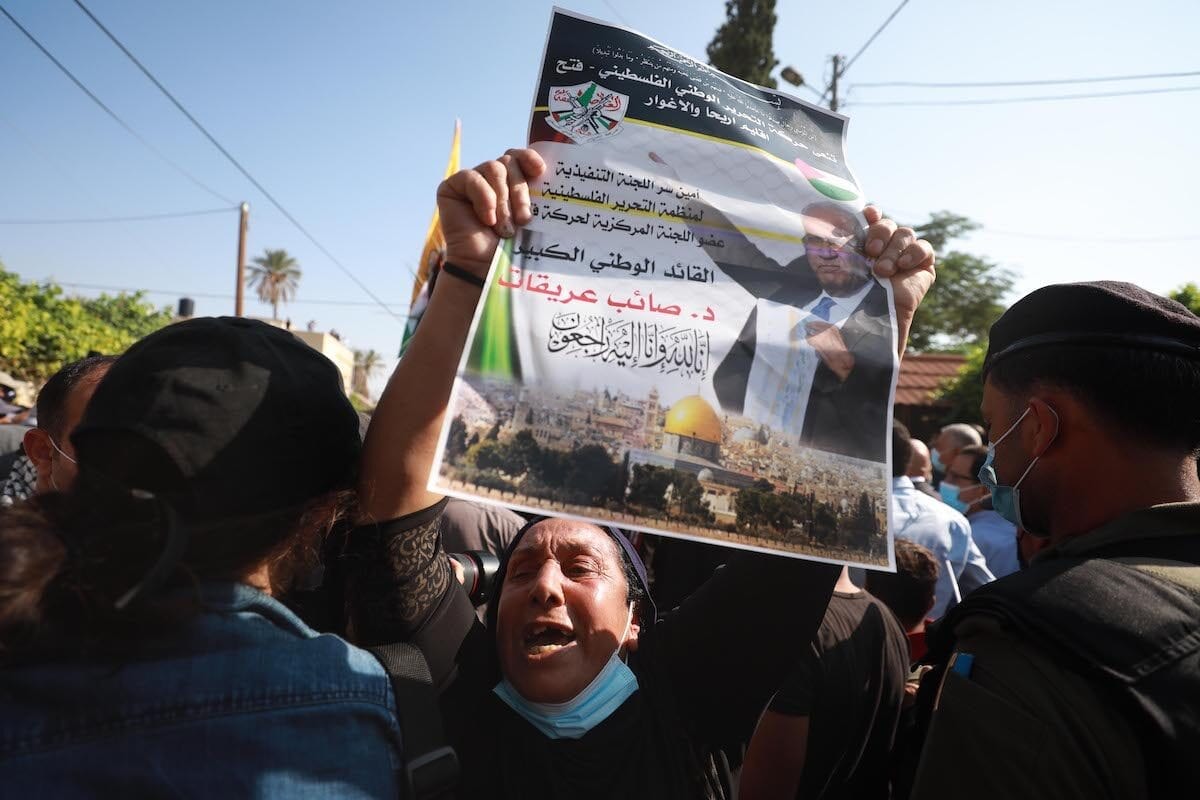 Described as a tireless advocate of the Palestinian cause, Erekat was critical of the normalisation deals between Israel and the UAE, Bahrain and Sudan. He called them a "poisonous Arab dagger in my back." The UAE, he stressed, had abandoned its commitment to the 2002 Arab Peace Initiative.

The outspoken peace negotiator, a father of four, was born in 1955 in Abu Dis village. At 13 he was arrested by Israeli occupation forces for allegedly throwing stones at soldiers.

Erekat gained BA and MA degrees in international relations from San Francisco State University, and then a PhD in peace studies from Bradford University in Britain. He taught at An-Najah University in the occupied West Bank city of Nablus.

READ: The Israelis and Palestinians prepare for Biden to enter the White House

I met Dr Erekat in 2016 at the Oxford Union in Britain, where he went Head to Head with Mehdi Hasan for Al Jazeera. The theme of the discussion was "Have Palestinian leaders failed their people?" I was proud to see him defending the Palestinian cause and learn from his rich experience, even though many opposed him as someone who was involved with Israel in a useless peace process for 25 years. His critics asked why the PLO abandoned the armed struggle and engaged in a seemingly endless cycle of ever-diminishing Palestinian rights with no tangible benefit. Others went on to criticise him for being treated in an American hospital for his lung condition, and then an Israeli hospital for Covid-19.

This rather conveniently ignored the fact that as the occupying power Israel has a legal responsibility for the health and welfare of the Palestinians living under occupation. If Palestine was a free country Erekat and many others would get adequate treatment at Palestinian hospitals, without the need to wait for Israeli approval to leave for Jordan to get treatment, for example.

Dr Saeb Erekat may have passed away but his legacy will live on as evidence of his well-intentioned efforts on behalf of his people. His loyalty to both Arafat and Abbas was creditable. He will be remembered as a stubborn defender of the Palestinian cause and a sometimes controversial seeker of peace who was never afraid to demonise the occupation state of Israel if it served his purpose.