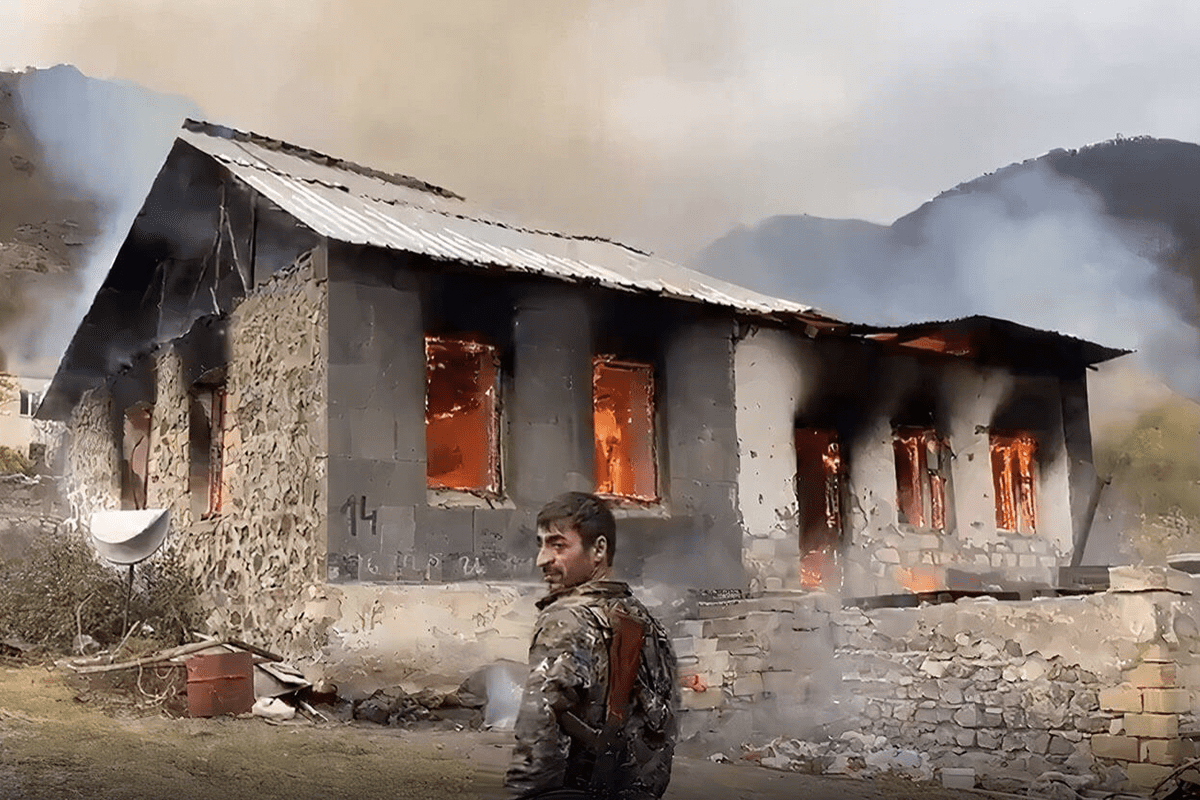 Armenians setting fire to their homes before leaving them [Youtube]
November 16, 2020 at 9:57 am

Ethnic Armenian have set fire to their homes in the Kalbajar district in Azerbaijan ahead of their planned withdrawal from the region following a ceasefire agreement signed under Russia auspices.

Russian news sites and social media reported on Saturday images of Armenians setting fire to their homes before leaving them and sabotaging public facilities in the province including schools and trees.

In 1993, Armenian separatists occupied the Kalbajar province, which was almost exclusively populated by ethnic Azerbaijanis, forcing at least 60,000 Azerbaijanis to flee.

Last week, Russian President Vladimir Putin announced that Azerbaijan and Armenia had reached an agreement providing for a ceasefire in Nagorno-Karabakh region.

The Azerbaijani President Ilham Aliyev described the agreement as a victory for his country, noting that the agreement provides for Azerbaijan to regain control over three provinces occupied by Armenia, namely, Kalbajar, Agdam, and Lachin.

While Armenian Prime Minister Nikol Pashinyan described the deal as "unspeakably painful for me personally and for our people".

The ceasefire deal and the signing of the peace agreement came after Azerbaijan captured the strategic key city of Shusha, which overlooks the region's capital Stepanakert or Khankendi. It followed on from six weeks of renewed fighting between Armenian and Azeri forces which began with border clashes at the end of September.