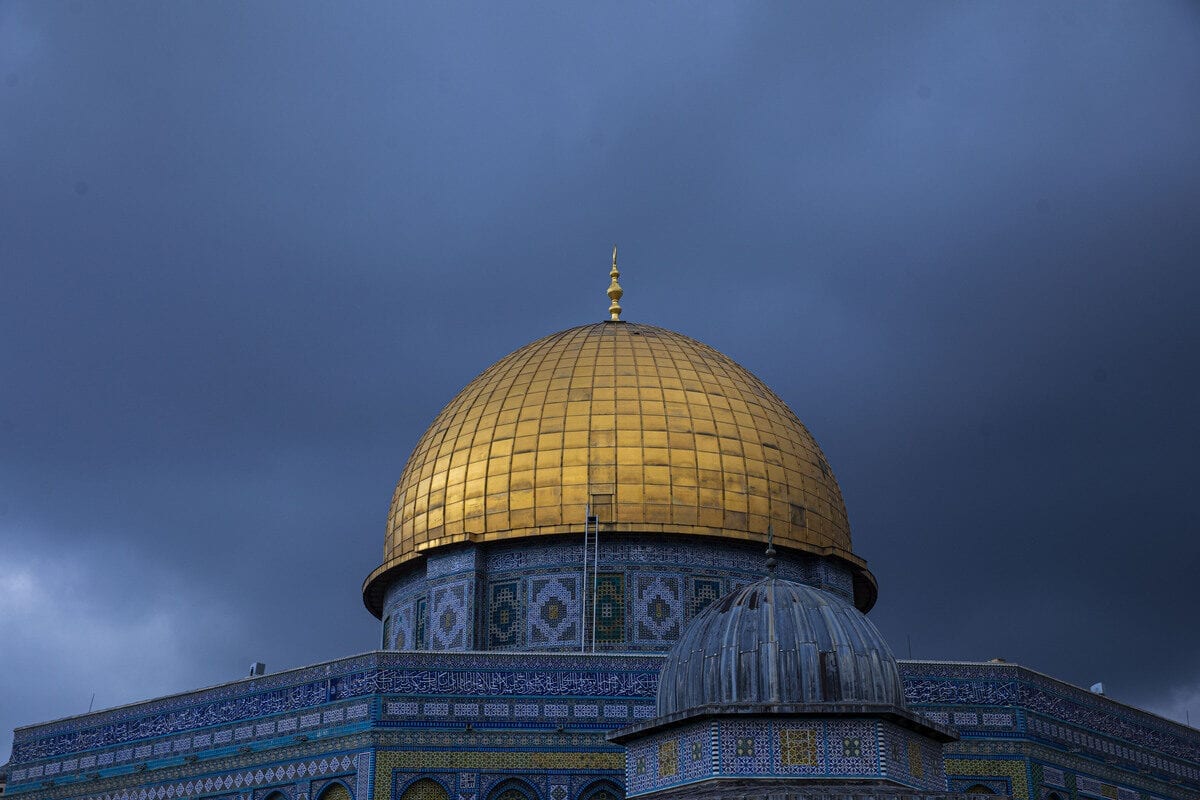 Israel's attempts to change the status quo at Al-Aqsa Mosque are continuous. The occupation authorities' are adding to their previous impositions to lay the groundwork for further attacks on the mosque and its compound. They did not need the coronavirus pandemic or Donald Trump's favouritism towards Israel to attack Al-Aqsa. However, they have taken advantage of the pandemic, US support and now the Arab normalisation deals to carry out more attacks to strengthen the Jewish presence in the mosque and change the status quo in such a way that serves the occupation narrative and goals.

Among these attacks is the recent extension of the time slots that the authorities allocate to groups like the "Temple Mount" activists for their incursions. These activists posted on social media on 9 November the news of this approval of extra incursion time. They welcomed this "achievement".

In 2008, the Israeli police imposed two periods for such incursions, one in the morning and the other in the evening. These times are adjusted according to the season. When the settlers take part in these violations of the sanctity of the mosque they are protected by police officers so that they can roam around Al-Aqsa without any "harassment" or "interference" from the Palestinians. This allowance evolved into restricting the Muslim presence in the mosque during these times. In 2014, for example, the police expelled Muslim women in the morning and prevented nearly 500 students from attending classes in the mosque. Bans on Muslim worshippers have also been imposed, with Palestinian Israeli citizens as well as Jerusalemites prevented from entering Al-Aqsa for various periods that are constantly renewed and extended.

Officially and legally, Jordan has custodianship of Al-Aqsa Mosque and the other Holy Sites in Jerusalem. The Jordanian Foreign Ministry has condemned the extremists' incursions under the protection of the Israeli police as "a violation of the legal and historical status quo and of international law," and indicated that the extension of the time allowed for such incursions is a further violation.

The Palestinian Authority Foreign Ministry, meanwhile, said that the extension of the incursion period is a dangerous escalation of Israel's official aggression aimed at Judaising the occupied city of Jerusalem and dividing Al-Aqsa spatially and temporally. In short, that this is Israel's official endorsement of escalating aggression against Al-Aqsa.

The Grand Mufti of Jerusalem, Sheikh Muhammad Hussein, warned of the extreme danger of the Israeli decision, which affects the religious, legal and historical status quo in Al-Aqsa.

It is worth noting that Tom Nisani, CEO of the Temple Mount Heritage Foundation, responded to these statements by threatening further Judaisation in Al-Aqsa. He said that the matter will not be limited to extending the time allotted for the entry of Jews to the "Temple Mount", but rather that they are working to coordinate the establishment of joint prayers there between Jews and Muslims from the countries that have normalised relations with Israel. Nisani added that the process of giving an Israeli character to the "Temple Mount" will continue, and there will be no fixed hours or days for Israeli Jews to enter. He also suggested that Sheikh Muhammad Hussein should start looking for a new job.

In terms of escalating the attack on Al-Aqsa Mosque, Nisani relies on the possibility of cooperating with Muslims from the normalising countries and establishing joint prayers with them as a cover for Judaising the mosque. He recorded a video message in Arabic that he posted on his Facebook page in which he called on Emiratis and Bahrainis to visit Al-Aqsa and help expel the Jordanian Ministry of Awqaf (Religious Endowments) from the mosque.

The audacity of the "Temple Mount" activists in their call to expel the Awqaf and work towards Judaising Al-Aqsa even more confirms that official statements of condemnation do nothing to put an end to such attacks. The "Temple Mount" groups are enlisting the normalisation deals to negate condemnatory statements and using them as a platform to lure Arabs to be partners in transferring the Noble Sanctuary of Al-Aqsa to Israeli sovereignty.

We can thus expect further escalation and violations against Al-Aqsa. The failure of the statements to stop these attacks means that the onus is on the Palestinians in Jerusalem to be the first line of defence to impede Israel's creeping annexation of Al-Aqsa. They will also have the final say in the wave of shameful deals that promote the normalisation of a Jewish takeover of the third holiest site in Islam, Al-Aqsa. However, the rejection of such visits, as demonstrated by the expulsion of delegations from normalising countries in October, will prevent the "Temple Mount" groups from putting their faith in these agreements to change the status quo at Al-Aqsa Mosque and the rest of the Noble Sanctuary.

This article was first published in Arabic by the Palestinian Information Centre on 16 November 2020.