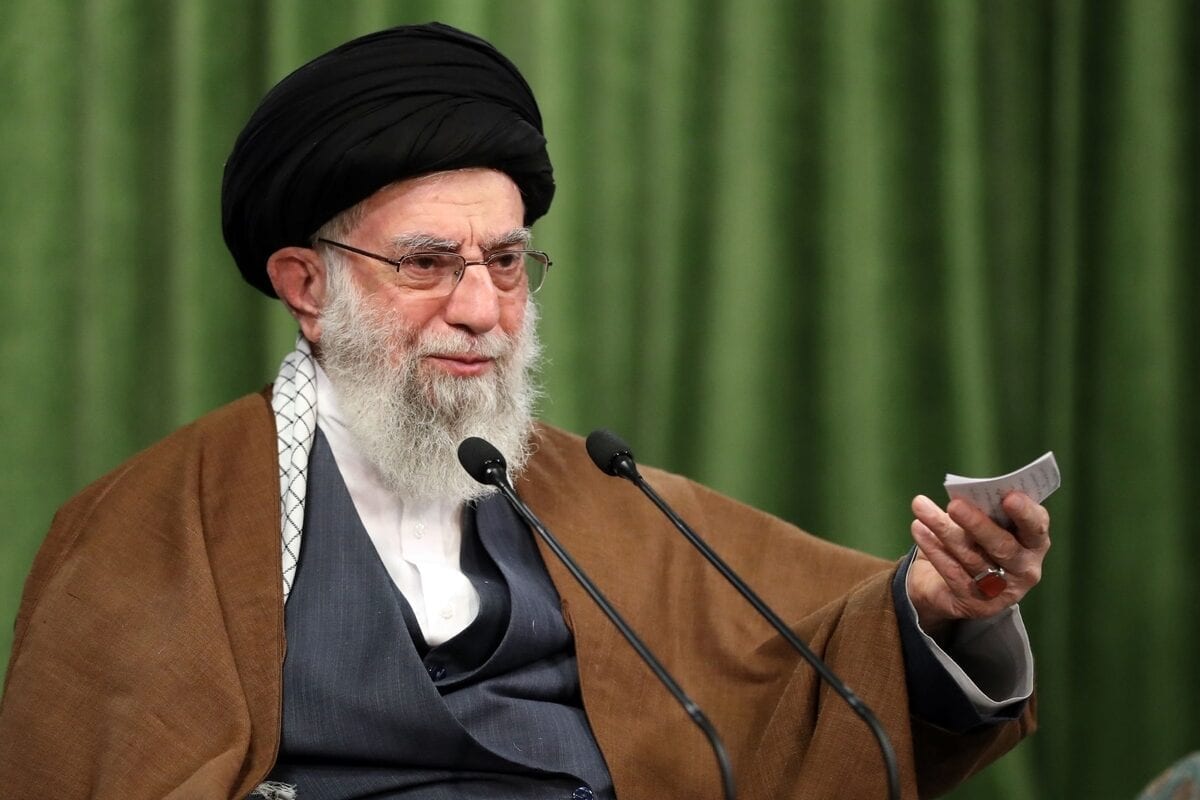 The sanctions announced by the US Treasury Department, which also targeted Iran's intelligence minister, marked the latest action to reinforce the "maximum pressure" campaign on Iran pursued by President Donald Trump's administration. They came just over two months before Trump is due to leave office following his Nov. 3 election loss.

The department imposed sanctions on what it described as a key patronage network for Khamenei. It said it blacklisted the Bonyad Mostazafan, or the Foundation of the Oppressed, which is controlled by Khamenei, in a move also targeting 10 individuals and 50 subsidiaries of the foundation in sectors including energy, mining and financial services.

The charitable foundation – an economic, cultural and social-welfare institution – has amassed vast amounts of wealth to the detriment of the rest of the Iranian economy and controls hundreds of companies and properties confiscated since the 1979 Islamic Revolution.

The Treasury Department in a statement accused Khamenei of using the foundation's holdings to "enrich his office, reward his political allies, and persecute the regime's enemies."

US Treasury Secretary Steven Mnuchin said in the statement: "The United States will continue to target key officials and revenue-generating sources that enable the regime's ongoing repression of its own people."

Alireza Miryousefi, spokesman for Iran's mission to the United Nations in New York, called the new sanctions "a sign of desperation" by Trump's administration.

"These latest attempts to continue a failed policy of 'maximum pressure' against Iran and its citizens will fail, just as all other attempts have," Miryousefi said.

Trump, who has taken a hard line toward Tehran during his presidency and abandoned an international nuclear agreement with Iran reached by his predecessor Barack Obama, last week sought options on attacking Iran's main nuclear site, but ultimately decided against it, a US official said on Monday.

The Treasury Department imposed sanctions on Iranian Intelligence Minister Mahmoud Alavi and accused his ministry of playing a role in serious human rights abuses against Iranians, including during last year's protests.

The US State Department also blacklisted two Iranian Revolutionary Guard Corps (IRGC) officials, accusing them of involvement in the killing of nearly 150 people in the city of Mahshahr during last year's crackdown. The action bars them and their immediate families from traveling to the United States.

The 2019 crackdown may have been the bloodiest repression of protesters in Iran since the 1979 revolution.

Reuters reported last year that about 1,500 people were killed during less than two weeks of unrest that started on Nov. 15, 2019. The toll was provided to Reuters by three Iranian interior ministry officials.

READ: Hezbollah and the dilemma of negotiations with Israel

Iran's Interior Ministry has said around 225 people were killed during the protests, which erupted after state media announced that gas prices would rise by as much as 200% and the revenue would be used to help needy families.

US Secretary of State Mike Pompeo in a statement urged other nations to take action against Iran for its human rights abuses.

US-Iranian tensions have risen since Trump unilaterally withdrew in 2018 from the 2015 deal under which Tehran agreed to restrict its nuclear program in return for relief from American and other economic sanctions. Trump restored harsh US sanctions designed to force Tehran into a wider negotiation on curbing its nuclear program, development of ballistic missiles and support for regional proxy forces.

US President-elect Joe Biden, set to take office on Jan. 20, has said he would return the United States to the nuclear deal, if Iran resumes compliance. Some analysts have said that Trump's piling-on of additional US sanctions appeared to be aimed at making it harder for Biden to re-engage with Iran after taking office.