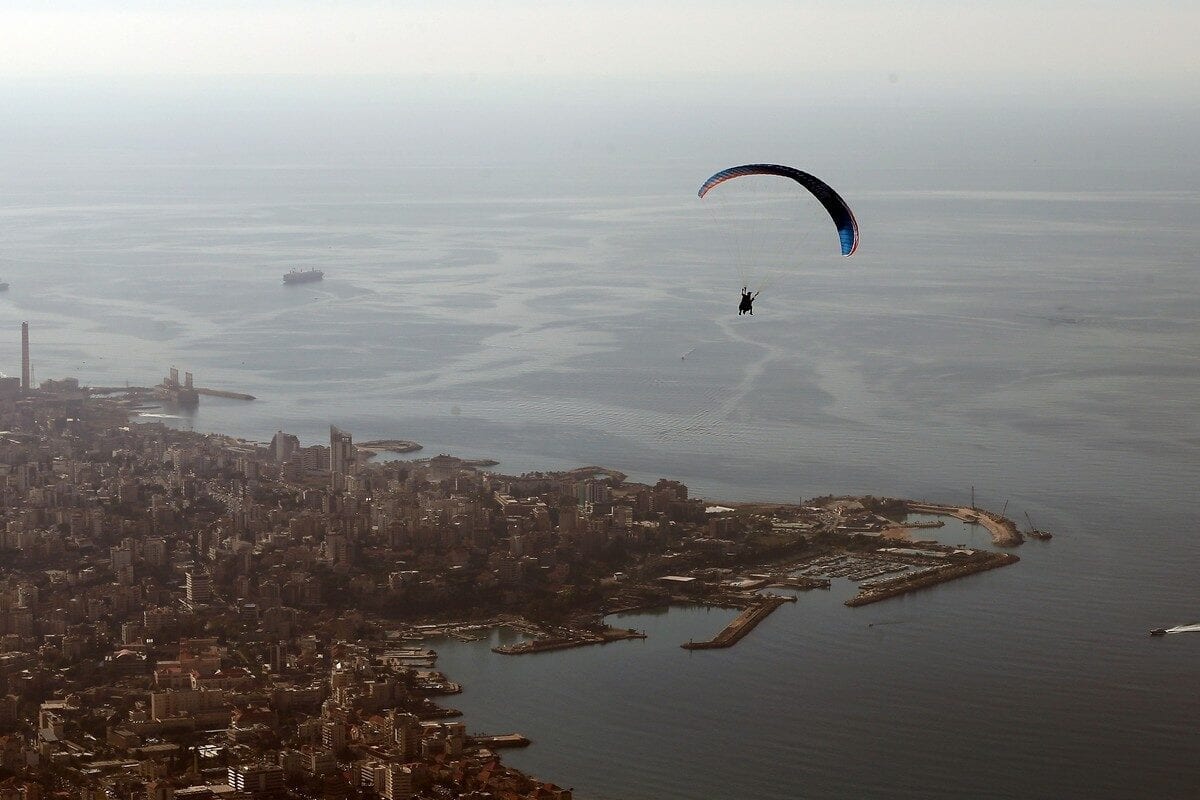 A Turkish paraglider has been remanded in custody after making an emergency landing in southern Lebanon today, the Daily Star reported.

The man, who was not named, landed in the southern Lebanese coastal town of Adloun, near an army checkpoint, earlier this morning.

He was remanded in custody by military personnel and taken to Zoughaib army barracks in Sidon, where he will face questioning.

It was not immediately exactly clear where the man had come from.

However, initial information suggested he was paragliding on the eastern part of the southern Turkish coast when he was swept southwards towards Lebanon by strong winds.

In July this year, another Turkish paraglider, Oguzkan Sadeer, set a national record for the longest flight after taking off from Corum's Bayat district and travelling a total of 296 kilometres.

At the time, Corum Sporif Aviation club chair Ali Karinliogu said: "The flying time [with a paraglider] of eight hours and fifteen minutes was the country record. We rivalled the previous record with a distance of 296 kilometres."

Adding: "We also broke the regional record. We became the first in the world among the flights made that day. We are very happy."

However, the man who arrived in Lebanon today may have inadvertently broken that record, travelling an estimated 376 kilometres from the Turkish coast to southern Lebanon.

He may also have smashed the record flight time, which was set at eight hours and fifteen minutes in July.

Turkey is a popular destination for paragliding, providing some of the best weather conditions, terrain and coastlines for the airborne sport.

In September, a 28-year-old professional paraglider from Turkey pulled off a stunt which involved attaching a bed, nightstand and lampshade to his parachute.

Hasan Kaval, who laid in the bed and covered his eyes with a sleep mask, reportedly slept through the majority of flight, waking just before he landed.

The 28-year-old stunt man has previously attached a sofa and television to his parachute and played backgammon with a friend while airborne.

After his latest stunt, Kavel told Demirören News Agency (DHA): "I want to show the people that paragliding is not a dangerous sport. It is the people who make it dangerous if they fly with inexperienced pilots and without training."