Experience has taught us that the Arabs make one concession after the other, and when the Israelis reject them, they present more.
May 26, 2016 at 1:41 pm | Published in: Article, Israel, Middle East, Opinion, Palestine 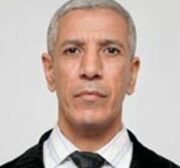 A number of recent reports have been talking about Arab countries, which describe themselves as "moderate" countries, making amendments to the Arab Peace Initiative approved during the Beirut summit in 2002. These countries presented the Israelis, through an international mediator, with new proposals regarding the occupied Golan Heights and the right of Palestinians to return to their land, and are now waiting for the Israelis to respond. This is in an effort to revive the direct negotiations between Israel and the Palestinian Authority in order to reach a comprehensive peace agreement, based on the initiative.

Experience has taught us that the Arabs make one concession after the other, and when the Israelis reject them, they present more. However, I do not rule out the possibility that the new proposals to concede the Golan Heights to Israel and give up the Palestinian right of return will be met with an Israeli proposal to pay financial compensation to the refugees for the homes and land from which they were forcibly expelled in 1948. The refugees must then settle in their current host countries and Israel will be able to close the file permanently.

The "moderate" countries hope that the Israelis agree to their new proposals in order to revive the peace talks and that a Palestinian state will be established based on such an agreement. In exchange, all of the Arab countries will recognise Israel's "right to exist" like any other normal state in the region and have full diplomatic relations with it. That's what the Arab Peace Initiative proposes. There may even be a possibility that Israel will get some sort of presence at the Arab League – perhaps observer status, for which Turkey has applied (and been refused) – along with a name change to the "Middle East and North Africa League" or something similar.

The problem with the "moderate" Arab countries is that they have appointed themselves as guardians of all Arab states and the Palestinian cause. They have given themselves the authority to abandon the legal right of Palestinian refugees to return to their country and to ditch efforts to liberate the Golan Heights from Israeli occupation.

The right to return is a right of each individual Palestinian refugee; it is not a collective right which can be negotiated away or abandoned. It is up to the refugees themselves to make their own decision to return or accept the Israeli offer of financial compensation in lieu of return. No one can decide their fate on their behalf, not even the PA itself. So who gave the "moderate" countries the right to do so and speak on behalf of millions of Palestinian refugees?

Who gave these countries the right to decide the fate of the Golan Heights and concede it to the Israelis when it is Syrian territory and does not belong to any of the "moderate" states? Doesn't Syria have a government of its own to make such a decision? Why should any other state make a decision on its behalf?

We are facing a new cycle of conspiracies against the Palestinian cause that aims to completely liquidate it and end all forms of resistance in order to pave the way for a comprehensive Arab normalisation with Israel. This is the essence of the Arab Peace Initiative.

New and dangerous concessions are being prepared and offered by the "moderate" Arabs at a time when illegal Israeli settlements continue to eat up what is left of Palestine, the holy sites are being Judaised and Palestinians are being executed extrajudicially. Furthermore, the extreme right-winger Avigdor Lieberman has been appointed as Security Minister by Benjamin Netanyahu, despite his record of making outrageously racist anti-Arab statements. It is clear that Israeli extremists are preparing to establish "Greater Israel" from the Nile to the Euphrates, while the submissive Arabs are preparing to offer further free and dangerous concessions; shamefully, they want to eradicate a cause that was once their top priority.