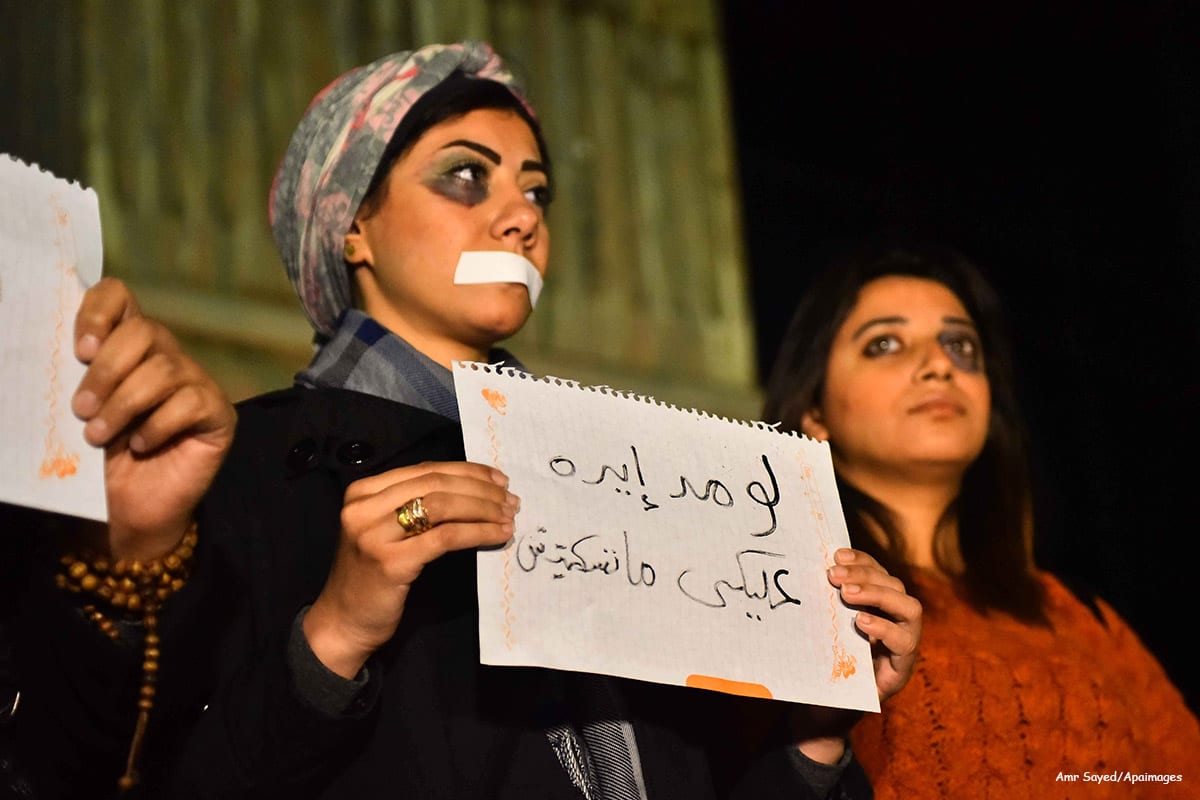 Egyptian women hold placards during a demonstration protesting violence against women in Egypt on 22 December 2015 [Amr Sayed/Apaimages]
December 1, 2016 at 1:06 pm

As many as two fifths of women in Egypt were sexually harassed by a male relative, a new study has found.

The study conducted by Professor Madiha Obada of Sohag University and presented by the Egyptian Women's Legal Foundation revealed that sexual harassment overall has also increased by 78.6 per cent in Egypt.

In relation to sexual harassment by a relative, 39.3 per cent of the study's sample, which the researchers say is a dangerous indicator of the severe deterioration of women's rights and protections afforded to women in Egypt.