Activist who filmed Hebron shooting 'fears for his life' 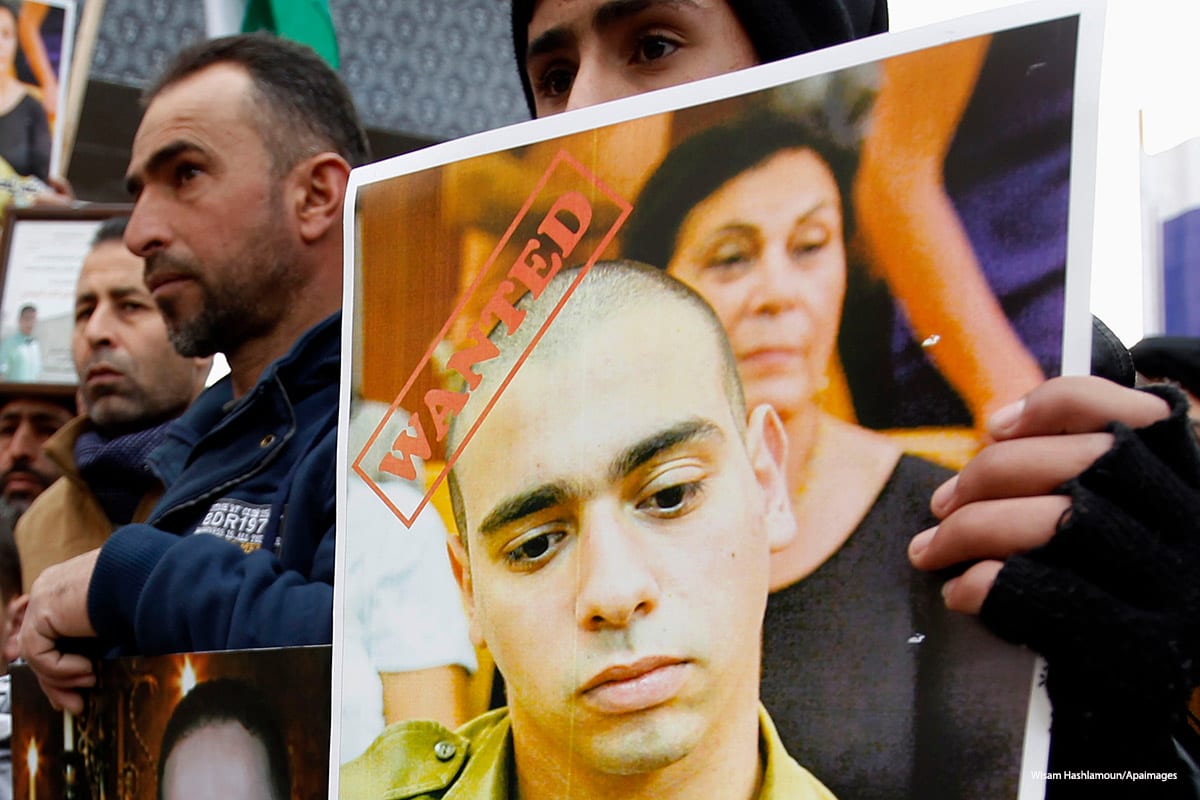 Image of a demonstration against Elor Azaria [Wisam Hashlamoun/Apaimages]
January 4, 2017 at 5:26 pm

Emad Abu Shamsiyya, a Palestinian activist who filmed the point-blank shooting of Abd Al-Fatah Al-Sharif by an Israeli soldier in Hebron last March said he "feared for his life" after the Israeli soldier was found guilty of manslaughter for the killing today.

One message written to Abu Shamsiyya said that his killing was "inevitable", while the activist also said members of the soldier's family had broken into his house.

The court notably ruled today that the video shot by Abu Shamsiyya was authentic and admissible, as the panel of three judges meanwhile proceeded to give a wholesale rejection to every argument presented by the defence.

At a protest in Hebron organised by Al-Sharif's family while the verdict was being announced, Abu Shamsiyya told Ma'an he has continued to receive hundreds of death threats since the video he shot for Israeli rights group B'Tselem went viral and sparked international outrage over the apparent "extrajudicial execution" of Al-Sharif, who was already seriously injured after being shot for allegedly attempting to stab an Israeli soldier.

He said that members of Elor Azarya's family – the soldier who shot Al-Sharif – broke into his home and "asked me to go to court and change my testimony". He said he had video footage proving the incursion took place.

"I have received hundreds of messages from Israeli settlers threatening me, and they have tried to pay me bribes to convince me to change my testimony in court."

Abu Shamsiyya testified in June amid the ongoing trial, when he said Azarya's defence attorney "tried to mislead the court by raising doubt" about his testimony.

Abu Shamsiyya added that Israeli forces surrounded his house today and prevented reporters and other people from accessing the home during the court hearing.

Director of the Hebron unit of the Palestinian Prisoner's Society Amjad Al-Najjar told Ma'an at the protest that he had personally seen "hundreds of messages from settlers and from Israeli occupation forces threatening Abu Shamsiyya," saying that the activist's life "is now in danger and we should create a committee to protect him."

Just one day after the killing and release of the video back in March, Israeli settlers gathered outside the home of Abu Shamsiyya to throw rocks and make death threats, and he has received countless hateful messages on Facebook since.

A "worrying number of complaints" have been filed by human rights activists to the UN in recent months, which have highlighted in particular the Israeli government's practice of arbitrarily detaining Palestinian activists "as a direct result of their important work in their communities".

"The right of all those who are seeking hope and participation in concrete, nonviolent action must be protected, particularly as we are seeing the deepening entrenchment of the Israeli occupation and the accompanying human rights violations," the report said.

Image of a demonstration against Elor Azarya, the Israeli soldier charged with manslaughter after shooting a wounded Palestinian in the head [Wisam Hashlamoun/Apaimages]

Image of a demonstration against Elor Azarya [Wisam Hashlamoun/Apaimages]

Image of a demonstration against Elor Azaria [Wisam Hashlamoun/Apaimages]

Image of a demonstration against Elor Azarya [Wisam Hashlamoun/Apaimages]