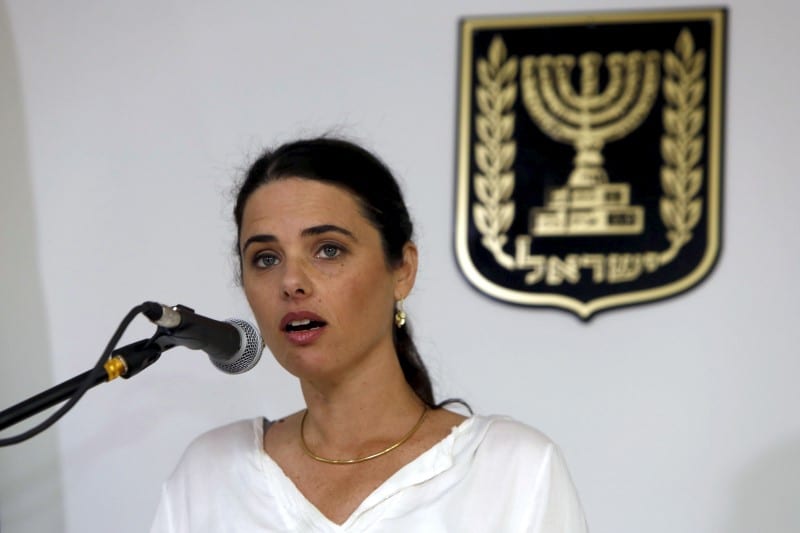 In a cabinet's weekly meeting on Sunday, Israeli ministers backed a long-term plan which calls for polygamy elimination among Israeli Arabs, Times of Israel reported. The plan aims to incorporate anti-bigamy education in the Israeli schooling system and create outreach programmes.

Speaking at Sunday's meeting, Israeli Justice Minister Ayelet Shaked described the proposal as an "important step" in a bid to raise awareness of the phenomenon, noting that the polygamous lifestyle has a negative influence on family life, including in financial terms, and serves as a platform for further violations.

After the ministers have voted in favour of the plan, the cabinet ordered the creation a task force of local authorities, government officials, activists and other professionals to hammer out a plan within six months, and a ministerial committee that would implement the programme. The ministerial committee, headed by Shaked, would compose of the education, interior, welfare, health, social equality and agriculture ministers, according to Israel's Channel 2.

"I am confident that by combining all of our forces in this war, we will take another step toward eradicating this phenomenon and within a year from today we will see results", Shaked said as the proposal received the cabinet's approval.

The cabinet proposal, which linked polygamy to domestic violence and a slew of psychological disorders, gives the Education Ministry and Health Ministry a four-month deadline to build educational curricula on polygamy and design special health services for women and children in polygamous families. It also tasks the Welfare Ministry with creating a program to integrate these women in the workforce, as well as offering other social services for these families.

On his part, Israeli Prime Minister Benjamin Netanyahu backed the resolution, saying that it would be incorporated with the decision of banning illegal construction. "It's time to eradicate this phenomenon", he reiterated.

Polygamy has been illegal in Israel since 1977, carrying a five-year jail sentence and a fine. However, the law is rarely enforced as many of the marriages are not registered by Israel's population authorities. It is most prevalent among Israel's Bedouin community, with some 36 per cent of the community in polygamous relationships, according to Israeli police data.

According to figures presented in the cabinet proposal, a third of Bedouin men in Israel are thought to be bigamists and most of the women taken as second or third wives are Palestinians from the West Bank or Gaza Strip residing in Israel illegally.

A recent report, released by Channel 10, has claimed that a number of Israeli rabbis affiliated with the Chief Rabbinate allowed some Orthodox Jewish men to take a second wife.