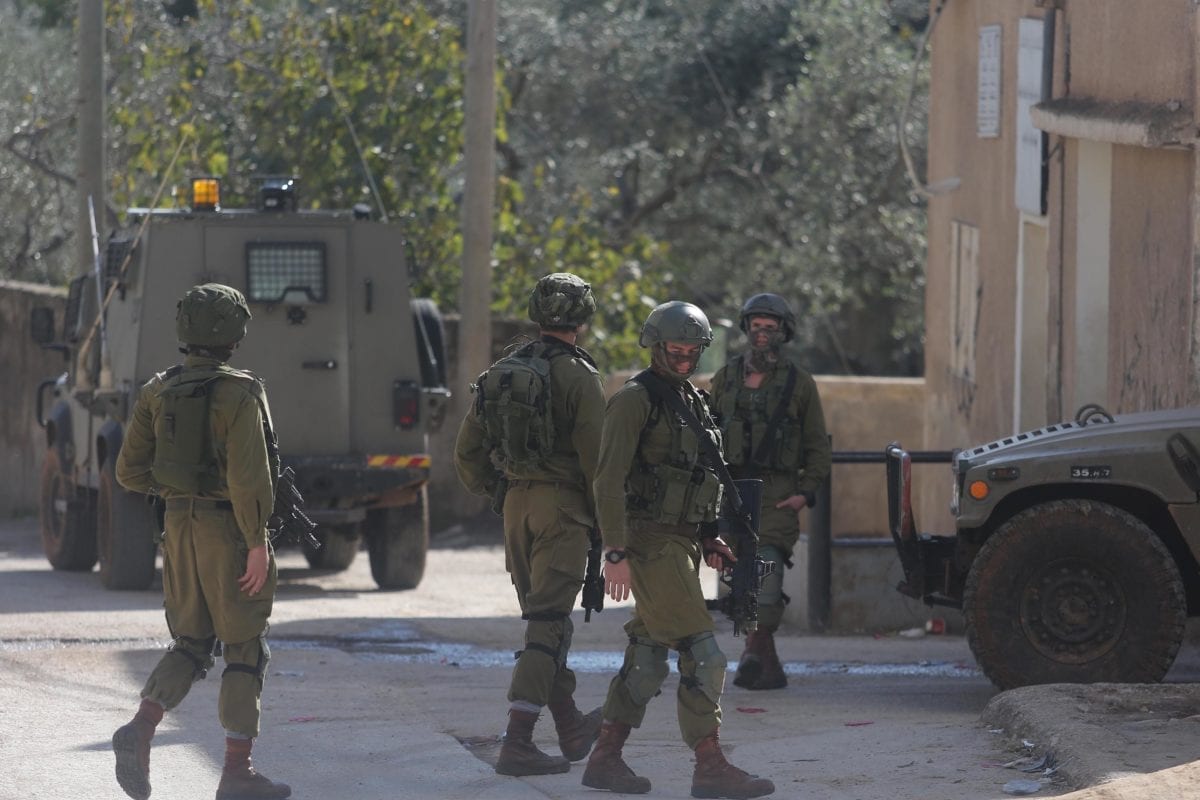 Israeli soldiers are seen as they storm over Palestinians' homes and shops during an operation carried in West Bank [Issam Rimawi / Anadolu Agency]
February 22, 2017 at 10:53 am

The Israeli army notified three Palestinian families on Tuesday that they should evacuate their homes near Nablus to allow soldiers to conduct training exercises in the area.


According to local activist Yousef Deriyeh, the families will be kept out of their homes for two days while the exercises take place. He told Quds Press that the evacuation notices were issued under the pretext that the houses are located in an area declared by the army to be a closed military zone. Families living in Khirbet Tana are being told to leave their homes on Wednesday for the same reason.

Deriyeh explained that the Israeli army would really like to displace the Palestinian families. He pointed out that the exercises are usually conducted using live ammunition, putting Palestinian lives at risk. Furthermore, fields and crops are damaged by the heavy military vehicles used by the soldiers.