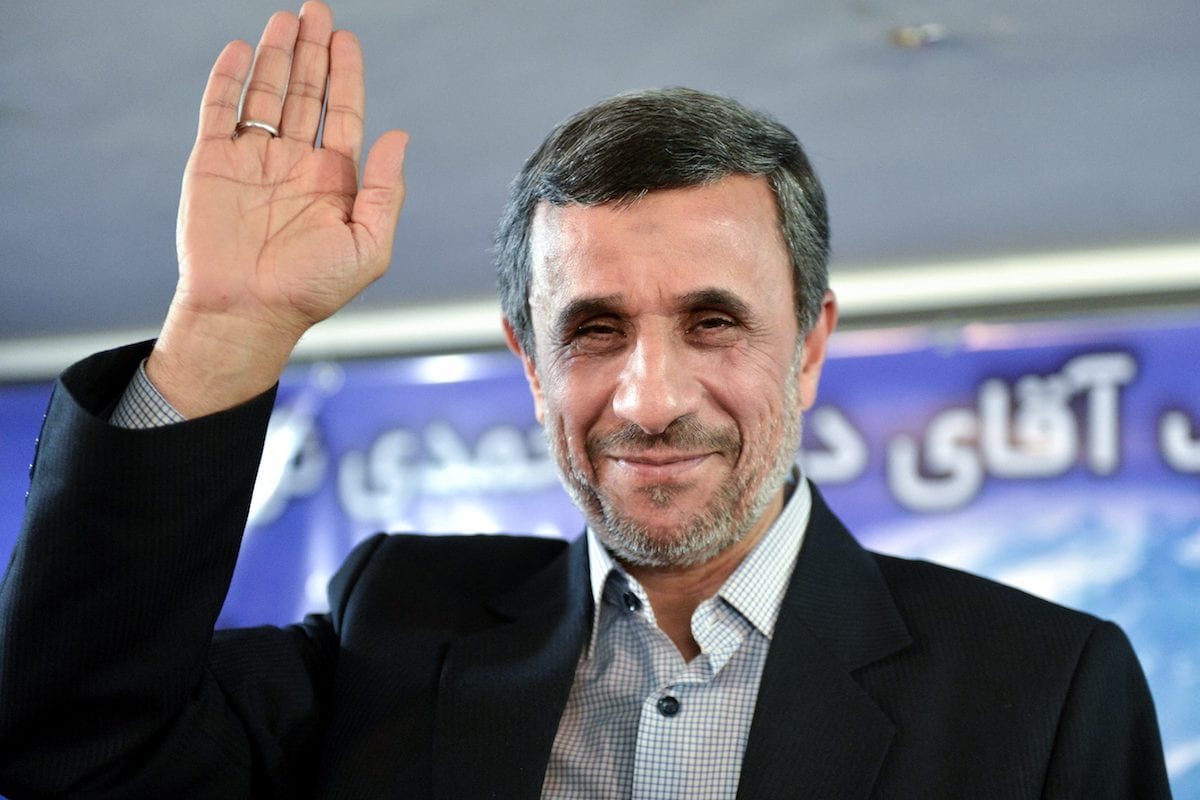 Ex-Iranian President Mahmoud Ahmadinejad submitted his name today for registration as a candidate in Iran's presidential election in May, state media reported.

The move by the former hardline president was seen as a challenge to the authority of Supreme Leader Ayatollah Ali Khamenei, who had ordered him not to run.

Ahmadinejad, the sixth president of Iran since Ayatollah Ruhollah Khomeini established the Shia theocracy in 1979, served two presidential terms from 2005 to 2013. The controversial leader rose to prominence in Iran by employing hardline rhetoric against not only the "Great Satan", the United States, but also against regional Sunni powers such as Saudi Arabia and Qatar.

Under his presidency, Iran not only enhanced and accelerated its nuclear programme, but expanded its already strong influence in Iraq and Syria, and further strengthened its hold on Lebanese politics through an aggressive strategy of support for local Shia jihadist proxy Hezbollah.


Coming from humble working class origins, Ahmadinejad lost significant popular support after he controversially appointed several close family members and allies from the Islamic Revolutionary Guard Corps (IRGC) to senior positions within his administration. This led to repeated accusations of corruption and cronyism both within and without Iran from when he took office in 2005 until he was succeeded by current President Hassan Rouhani in August 2013.

His frequently public disputes with Supreme Leader Khamenei were viewed by observers as being an overt and developing trend within the cadres of the IRGC, already a significant economic power within Iran, who are seeking to enhance their political authority in anticipation of what may come after the aging Khamenei, 77, passes away.