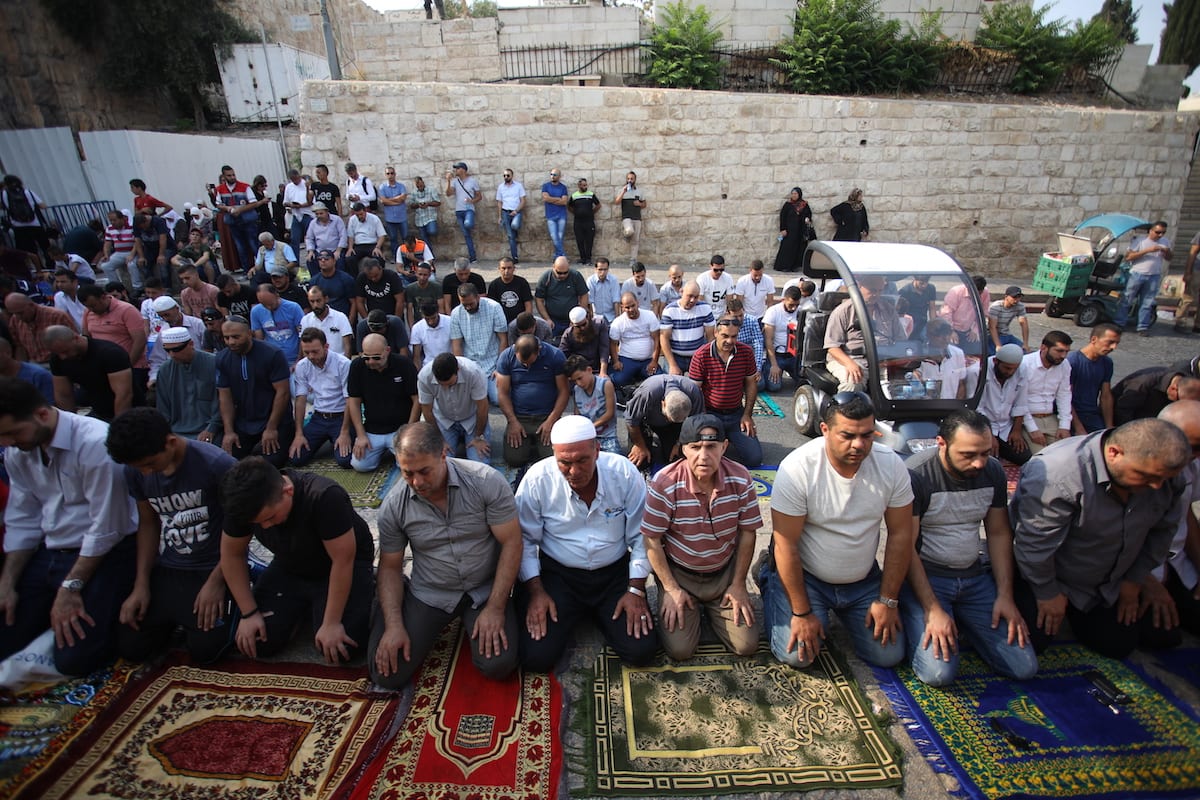 Palestinian worshippers perform the afternoon prayer outside the Al-Aqsa Mosque compound as they protest the detectors installed by Israel on 20 July 2017 [Mostafa Alkharouf/Anadolu Agency]
July 21, 2017 at 12:09 pm

The Sudanese Palestinian Brotherhood Society yesterday announced that the imams from 100 mosques in Khartoum have agreed to talk about the tensions in Al-Aqsa Mosque in their sermons today.

The Society's head of board of trustees, Muhammad Al-Amin Khalifa, said in a press conference: "What is happening in Al-Aqsa Mosque is a serious matter and everyone must take a frim stand for freedom and peace."

"We must stand together and if we do not unite over the truth, then we will be defeated."

The Palestinian Ambassador to Khartoum, Sameer Abdul-Jabbar, stressed: "The need to continue the struggle and support the Palestinian cause on a daily basis. We must also avoid in the moment reactions as they are not feasible."

The ambassador also noted "the Palestinian society, regardless of their political and sectarian affiliations, categorically reject the electronic gates placed at the entrances of Al-Aqsa Mosque by the Israeli police."

"Peace and unity will not be achieved in the world unless the Jerusalem issue is solved," he added.

On her part, Deputy Secretary-General of the Islamic Movement, Raja Hassan Khalifa, said: "The electronic gates in front of Al-Aqsa are a new desecration from Israel, and should be removed immediately."

"These electronic gates are a form of humiliation to control the Al-Aqsa Mosque."

Since Sunday, Palestinians in Jerusalem have protested against Israeli occupation forces placing electronic gates at the entrances of Al-Aqsa and have insisted that they be removed.

The worshipers refuse to enter the mosque through these gates, and pray in the streets surrounding it instead.