Second Jordanian dies in shooting at Israeli embassy in Jordan 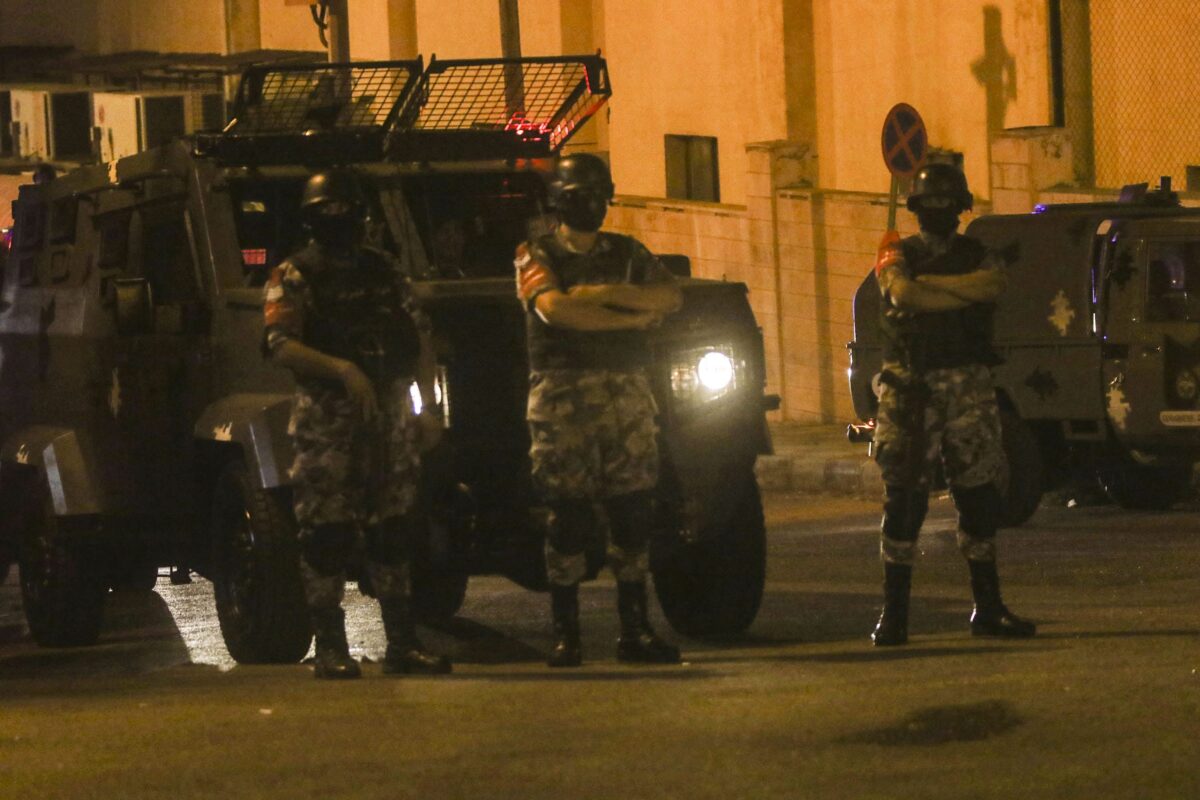 Jordanian security forces are seen as they sealed off the scene and blocked entries to the area after one Jordanian was killed and an Israeli was injured in a violent incident at the Israeli embassy in Jordan on 23 July, 2017 [Salah Malkawi/Anadolu Agency]
July 24, 2017 at 1:09 am

Two Jordanians died from wounds inflicted during a shooting on Sunday in the compound of the heavily-guarded Israeli embassy that also wounded an Israeli, police and a security source said.

Police said earlier that the two Jordanians worked for a furniture firm and entered the embassy compound before the shooting to do repairs. Police did not identify the wounded Israeli, and few other details were immediately available.

Israel has imposed a ban on reporting the incident and has made no public comment.

The fortress-like embassy in the affluent Rabae district of the capital Amman is protected by Jordanian gendarme. It has long been a flashpoint of anti-Israeli protests at times of turmoil in the Palestinian territories.

Violence against Israelis is rare in Jordan, a tightly policed country that is also a staunch regional ally of the United States and signed a peace treaty with Israel, the Arab neighbor with which it shares a long border.

But tensions have escalated between the two countries since Israel installed metal detectors at entry points to Al-Aqsa mosque in Jerusalem after two Israeli policemen were shot dead by three Arab-Israeli gunmen on Friday near the site.

The new security measures have triggered the bloodiest spate of Israeli-Palestinian violence for years.

Jordan has called for the removal of the metal detectors and thousands of Jordanians have protested against the Israeli move in an outpouring of public anger against Israel.

Jordanian police said after Sunday's shooting that they sealed off the embassy compound and deployed dozens of anti-terrorism gendarmie forces.

"We have started a large scale investigation into the incident and ordered the prosecutor general to look at all the details," the police said in a statement.

The twitter account for the the Jordanian prime minister simply stated that they are dealling with a "shooting incident".

Many of Jordan's 7 million citizens are of Palestinian origin. They or their parents or grandparents were expelled or fled to Jordan in the fighting that accompanied the creation of Israel in 1948.

Israel has in the past given repeated assurances that it understands Jordan's concerns and does not seek to alter the status quo in the Muslim holy sites of Jerusalem. But has insisted that the new restrictions will remain.

King Abdullah's Hashemite monarchy has been custodian of the sites since 1924, paying for their upkeep and deriving part of its legitimacy from the role.