Turkish FM: Why are Muslim nations silent on Rohingya? 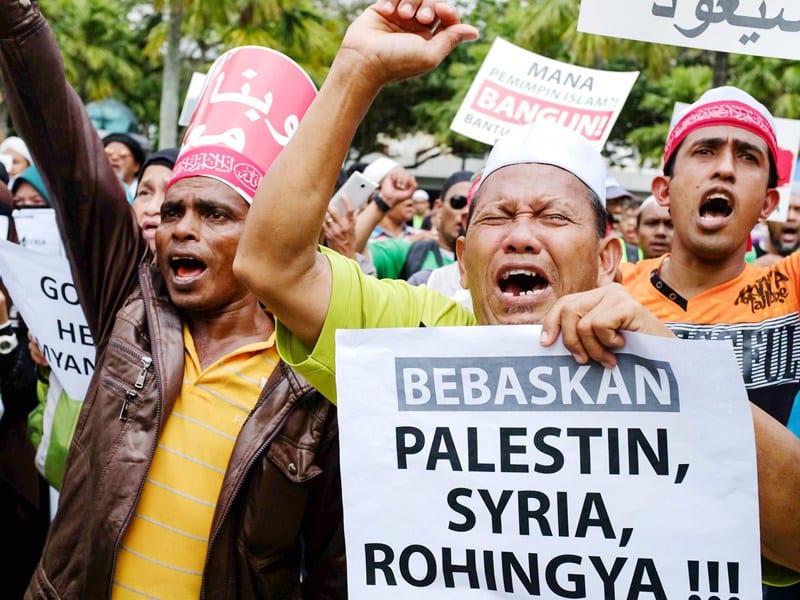 Turkey's foreign minister on Saturday decried other Muslim countries' silence on the plight of the Rohingya Muslims.

"There are a great many Muslim countries. Where are they? Why are they silent?" Mevlut Cavusoglu asked at an event marking the Muslim Eid-al Adha holiday in the Mediterranean province of Antalya.

He said to date Turkey had delivered more than $70 million in humanitarian aid to the Rohingya Muslims, and that no country in the world was showing more concern for the Rohingya than Turkey.

But, he added: "It's not enough to deliver aid. In two weeks we need to hold a meeting in New York with the UN's secretary-general, leaders of Muslim countries, international organizations, head of the UN Advisory Commission on Rakhine State, Kofi Annan, and other leaders to solve this issue."

Violence erupted in Myanmar's Rakhine state on 25 August when the country's security forces launched an operation against the Rohingya Muslim community. It triggered a fresh influx of refugees towards neighboring Bangladesh, though the country sealed off its border to refugees.

The region has seen simmering tension between its Buddhist and Muslim populations since communal violence broke out in 2012.

A security crackdown launched last October in Maungdaw, where Rohingya make up the majority, led to a UN report on human rights violations by security forces that indicated crimes against humanity.

The UN documented mass gang-rape, killings — including infants and young children — brutal beatings, and disappearances. Rohingya representatives have said approximately 400 people have been slain during the crackdown.