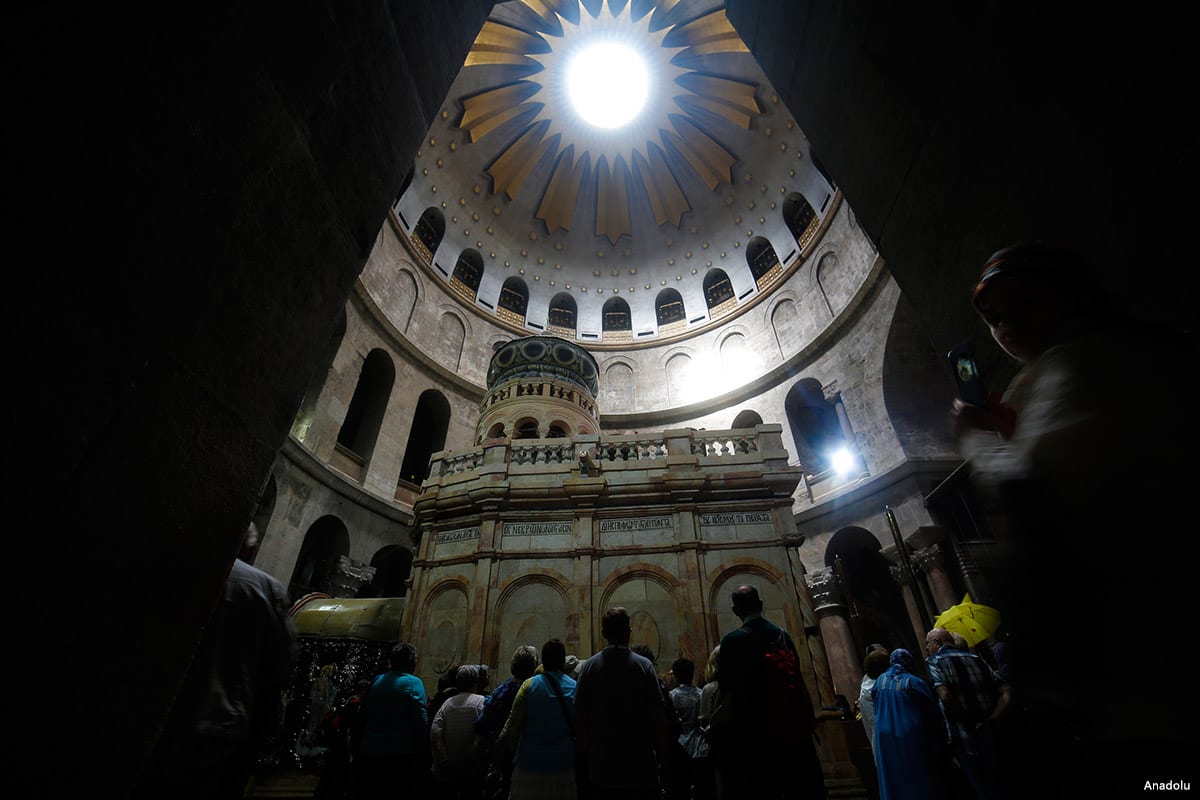 Side view of the Church of the Holy Sepulcher which is opened to worship after the restoration in Jerusalem on 24 March 2017
September 23, 2017 at 8:07 am

Part of the roof of the Church of the Holy Sepulcher in occupied East Jerusalem collapsed yesterday afternoon, Ma'an has reported.

Although there were hundreds of worshippers at the site, no injuries were reported. The church was subsequently closed while officials inspected the site and ensure it was safe.

"About an hour and a half ago, a prayer was held in the Ethiopian Church in the Church of the Holy Sepulcher in the presence of about 50 people from the Ethiopian parish," said Adeeb Joudeh Husseini, a church official. "After the prayer and after the worshippers had left, some of the ceiling fell, causing great damage to the church, but thanks to God and His kindness there were no casualties at all."

He added that Israeli police closed the courtyard of the Church of the Holy Sepulcher and its perimeter, and work is now being carried out to repair the ceiling.