Somalia: Only Turkey helped us after terrorist attack 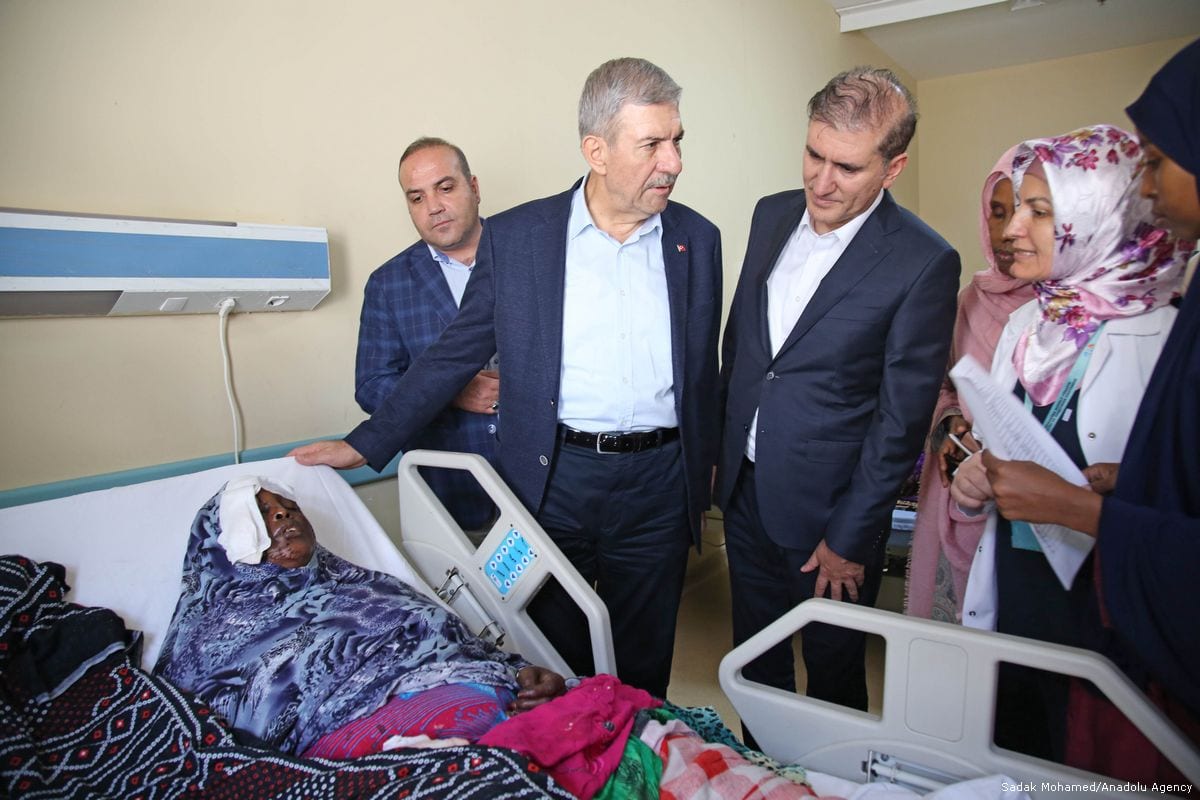 Turkish Minister of Health, Ahmet Demircan (C), visits the wounded from a truck bomb that left at least 276 people dead, in Mogadishu, Somalia on 16 October 2017 [Sadak Mohamed/Anadolu Agency]
October 17, 2017 at 9:43 am

"Turkey is the only country that has helped his country after the deadly terrorist bombing which targeted the Somali capital Mogadishu two days ago," the President of Somalia Mohammed Abdullah Farmajo said yesterday.

"I would like to thank Turkish President Recep Tayyip Erdogan and the Turkish people for their efforts to support the Somali people," he said.

The president explained that the Turkish support for the Somali people is a fruit of the fraternal relations that have been binding the two countries for centuries.

Earlier in the day, a Turkish medical plane took off from Mogadishu International Airport heading for Turkey carrying 30 wounded people who will receive treatment in Turkey.

The Disaster and Emergency Management Presidency of Turkey (AFAD) sent a 16-man crew to Mogadishu onboard a A-400M military cargo plane to support rescue operations following the terrorist attack.

According to the latest official data, the truck bombing, which took place on Saturday in front of the Safari Hotel in Mogadishu, killed at least 300 people and wounded 300 others. It is the most violent in the history of Somalia.

No one has claimed responsibility for the attack.