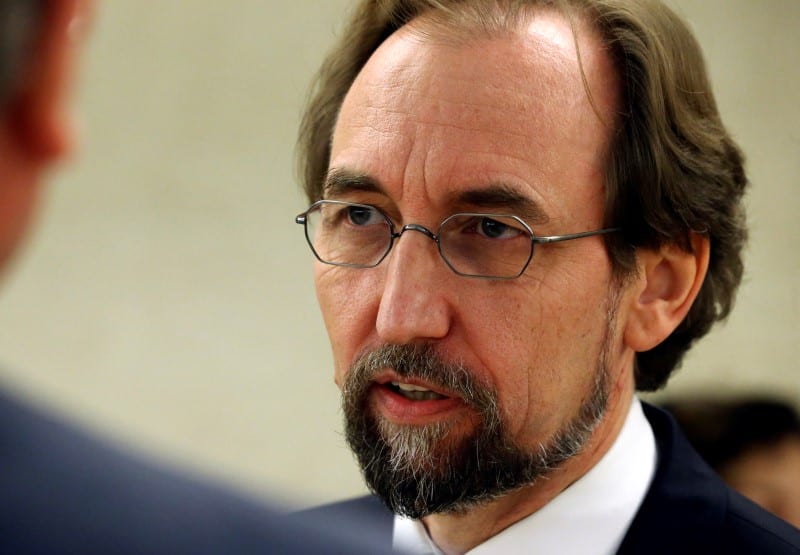 Some of the biggest companies in the world, including Hewlett Packard, Motorola and Caterpillar are facing the prospect of being included on a UN blacklist of companies that violate international law for doing business in occupied Palestinian territories.

Up to 190 companies (130 Israeli and 60 international) could find themselves on the UN blacklist after the UN High Commissioner for Human Rights, Zeid Ra'ad Al Hussein, sent a threatening letter to the corporations for operating in the West Bank, East Jerusalem and the Jordan Valley; areas occupied under international law.

Israeli officials and western diplomats involved in the matter, as well as companies that have been threatened with inclusion on the UN blacklist, have confirmed the letter but according to the same reports the Trump administration and Israeli officials are pushing the UN Commission on Human Rights to prevent the list's publication.

Israeli sources say that they have gained access to parts of the list, which will be published later in the year. They include many household names and tech giants that have been accused of being complicit in Israel's ongoing violation of human rights and international law.

The threat of inclusion on the UN black list is one the first concrete steps taken by the UN against companies reaping rewards from Israel's illegal occupation. While institutions like the EU have attempted to dis-incentivise companies from doing business in Israeli settlements, no direct penalty has been incurred by the hundreds of companies that profit from the suffering of Palestinians and violating international law.

Israeli officials are concerned over the UN blacklist, seeing it as yet another sign of the global Boycott, Divestment and Sanctions movement (BDS) gaining ground. Israeli newspaper Haaretz reported senior Israeli officials saying that the potential for the BDS to scale-down business due to the blacklist is already becoming a reality. The Economy Ministry's Office of Strategic Affairs, was reported to have received information that a number of letter-receiving companies have responded to the human rights commissioner by saying they do not intend to renew contracts or sign new ones in Israel.

"These companies just can't make the distinction between Israel and the settlements and are ending their operations all together," the senior Israeli official reported by Haaretz said. "Foreign companies will not invest in something that reeks of political problems – this could snowball."