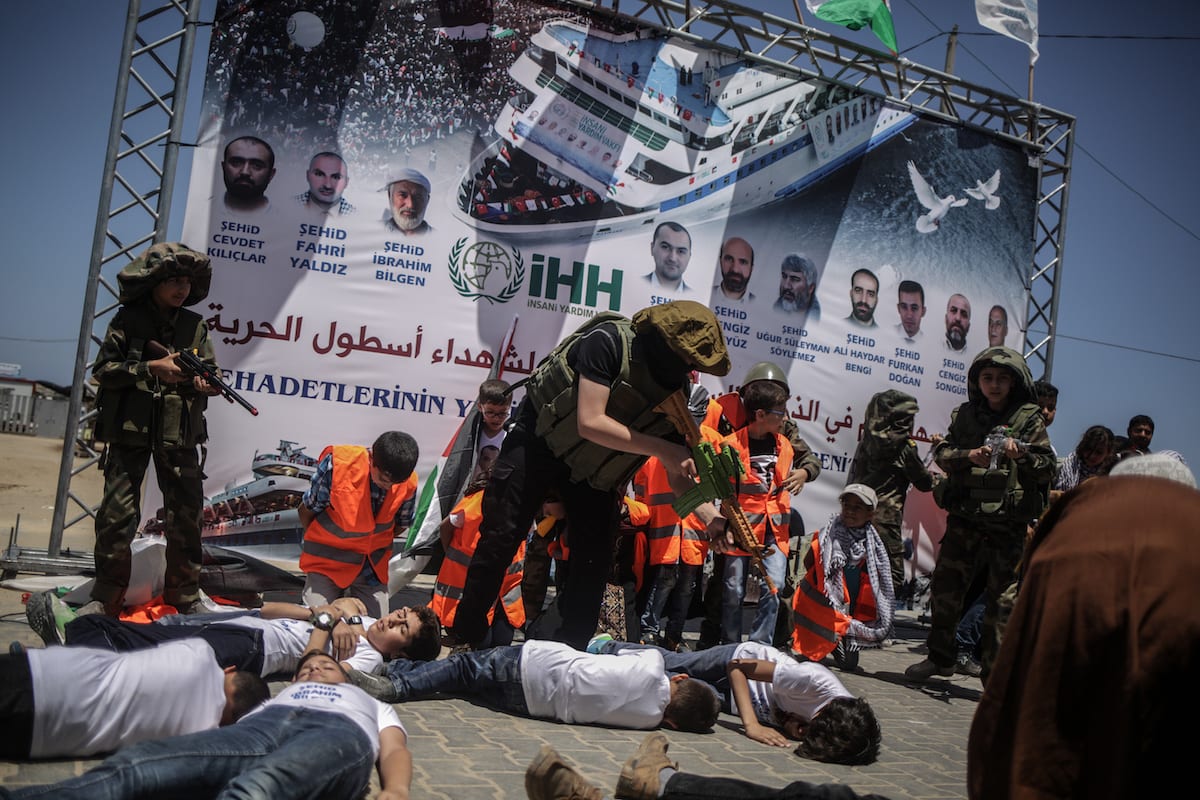 Palestinian children re-enact the Mavi Marmara flotilla incident during a commemoration ceremony for those who lost their lives in Gaza City, Gaza on May 31, 2017 [Ali Jadallah/Anadolu Agency]
December 1, 2017 at 11:57 am

The International Criminal Court (ICC) Prosecutor, Fatou Bensouda, has reaffirmed a previous decision to close the preliminary examination into the Israeli military's fatal attack on the Gaza-bound Mavi Marmara in May 2010.

In a statement released this week by the ICC, Bensouda said that "following a thorough and considered reassessment of all relevant materials", including new information, she had "ultimately decided to reaffirm my previous decision of 6 November 2014".

The decision not to pursue a formal investigation into allegations of war crimes is now "final".

According to the statement from the Office of the Prosecutor, Bensouda's conclusion remains that while "there is a reasonable basis to believe that war crimes were committed by some members of the Israel Defence Forces during and after the boarding of the Mavi Marmara…no potential case arising from this situation can, legally speaking, be considered of 'sufficient gravity' under the Rome Statute to be admissible before this Court, therefore barring the opening of an investigation".

The statement notes that the Prosecutor conducted "a thorough reconsideration of all information available at the time of the November 2014 determination", as well as "a de novo examination of all submissions and information made available to my Office in the period between 2015 and 2017 by representatives of the Union of the Comoros and participating victims".

In total, her office "subjected to renewed analysis more than 5,000 pages of documents, including the personal accounts of more than 300 passengers aboard the Mavi Marmara".

In closing, Bensouda noted that this "final decision reflects an independent and impartial legal assessment of the applicable criteria under the Rome Statute", adding: "I want to be clear, however, that I fully recognise the impact of the alleged crimes on the victims and their families and my conclusion does not excuse any crimes which may have been perpetrated in connection with the Mavi Marmara incident".

The Office of the Prosecutor of the ICC has been conducting investigations in: Burundi; Uganda, the Democratic Republic of the Congo, Darfur (Sudan), the Central African Republic (two separate investigations), Kenya, Libya, Côte d'Ivoire, Mali and Georgia.