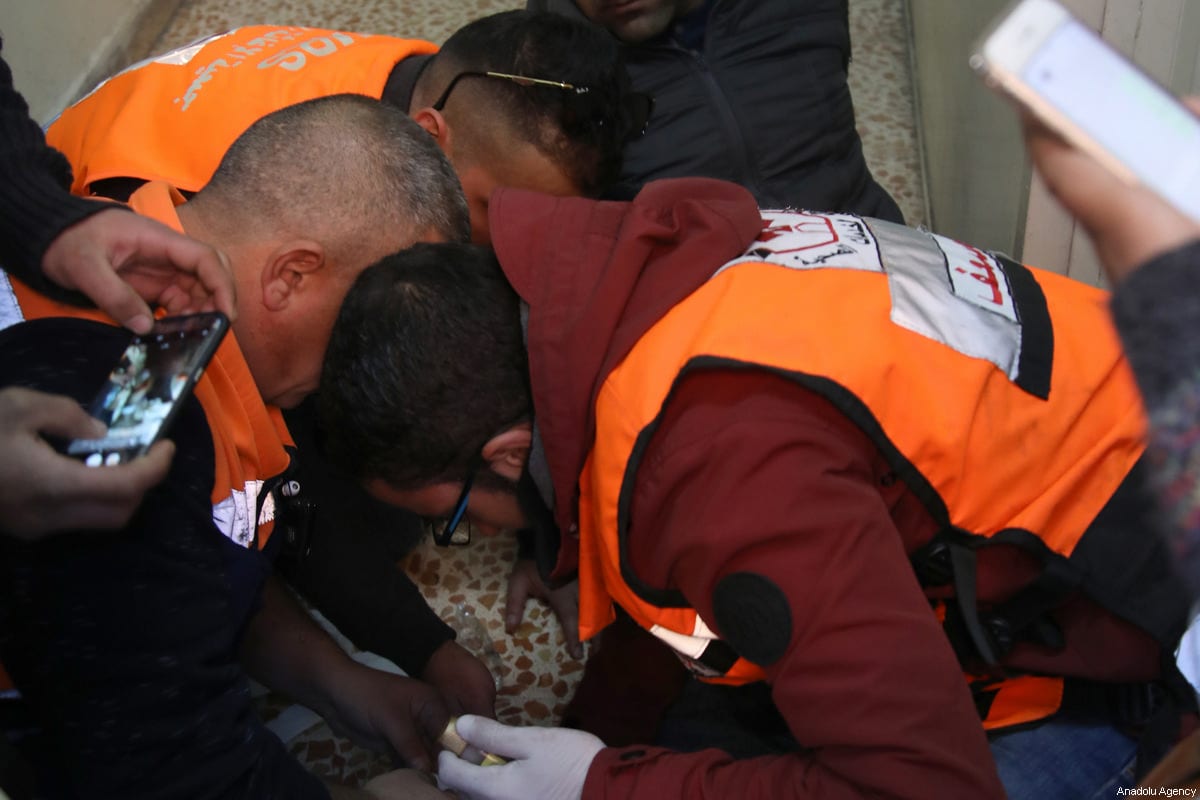 Palestinian medics help an injured protester during a demonstration against US President Donald Trump’s announcement to recognise Jerusalem as the capital of Israel on 16 December 2017 [Mostafa Alkharouf/Anadolu Agency]
December 21, 2017 at 1:24 pm

Israeli occupation forces have been impeding the work of Palestinian medical workers in the West Bank and Gaza Strip, a British charity has said, including through direct attacks.

In a press release published this week, Medical Aid for Palestinians (MAP) said it was "deeply concerned" by the loss of life and injuries caused by Israeli forces at recent protests in the occupied Palestinian territory (oPt).

In particular, MAP flagged up reports from the Palestine Red Crescent of 14 separate "violations by Israeli forces against its medical teams" in the period 7-16 December.

These incidents "included four injuries to emergency medical staff, three restrictions to access or movement of medical teams, and four attacks against ambulances".

According to MAP, such violations occur "in the context of ongoing and pervasive failure of Israel to credibly investigate previously-recorded violations of the protected status of medical teams and facilities, including violent raids on a Jerusalem hospital in July 2017 and widespread attacks on hospitals, clinics and paramedics during the 2014 offensive on Gaza."

Read: Jerusalem is lost only in the eyes of the insolent

MAP CEO Aimee Shalan said: "It is vital for health workers to be able to perform their life-saving work without fear of attack. Israel must fully engage with all international efforts to promote impartial investigations into attacks on medical infrastructure and workers and pursue accountability when violations are identified to ensure the necessary guarantees for non-repetition."

MAP continues to "call for these new attacks and all potential violations of international humanitarian law to be investigated, and for those responsible held to account."