Hamas calls on Fatah to wait for findings on Hamdallah incident 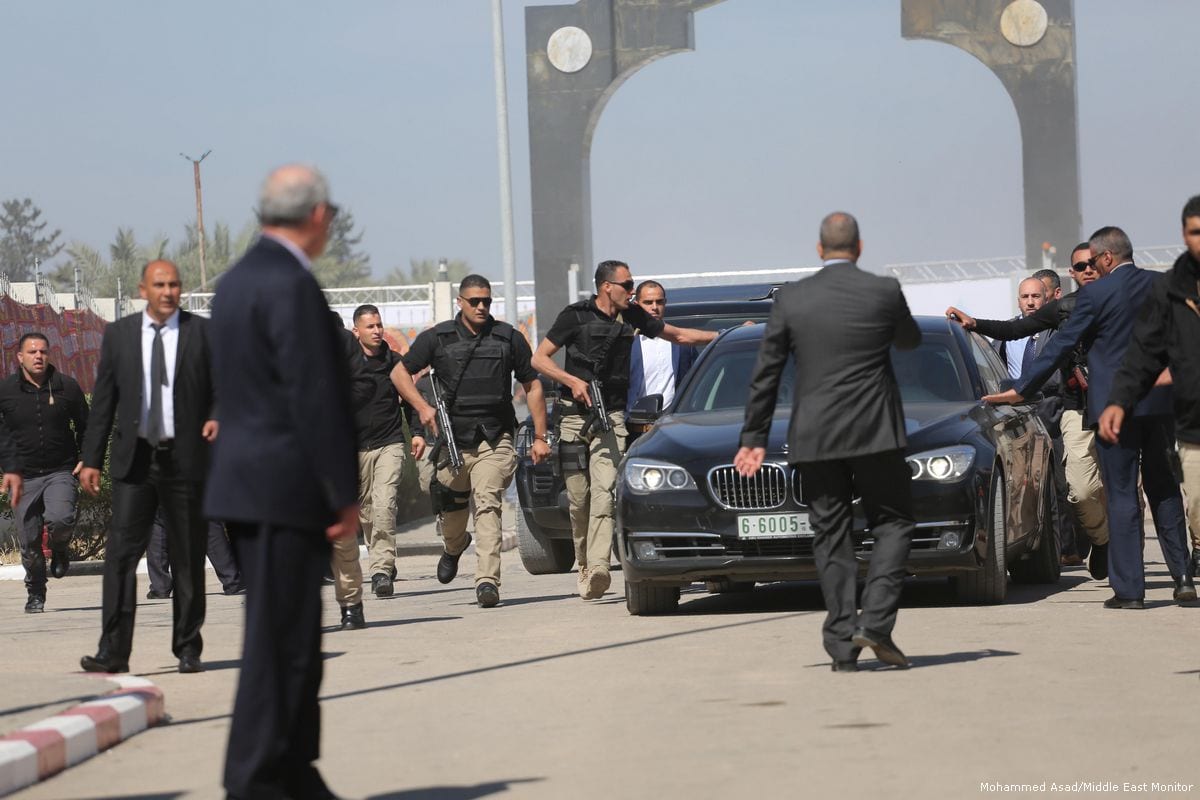 Members of a Palestinian security force seen after an explosive device targeted the convoy of Palestinian Prime Minister Rami Hamdallah in Gaza on 13 March 2018 [Mohammed Asad/Middle East Monitor]
March 14, 2018 at 10:44 am

The Palestinian Islamic Resistance Movement, Hamas, called on Tuesday for its rival Fatah to be "reasonable" and wait for the findings of the investigation being conducted into the attack on a convoy in which Palestinian Authority Prime Minister Rami Hamdallah was travelling in Gaza, Quds Press has reported.

"The parties which benefit from this crime are those who are interested in retaining the siege on the Gaza Strip," said Hamas spokesman Sami Abu Zuhri on Twitter. "The Palestinian Interior Ministry in Gaza has announced that it has started an investigation and we have to wait for the findings."

He denounced the swift accusation that Hamas was responsible for the attack. The accusation, he pointed out, looked as if it was ready to be released as soon as the incident had taken place. "Dealing with this issue in such a way raises massive doubts [about the perpetrators] and prompts serious questions."

On Tuesday morning, an explosion targeted Hamdallah's convoy minutes after it entered the Gaza Strip. Fatah and the PA immediately accused Hamas of carrying out the attack.

The Ministry of the Interior in Gaza announced that it arrested two suspects out of three believed to be involved, and that it had started an investigation into the incident. The findings will be released as soon as the investigation is completed, it added.