Israel calls for punishing those who document army violations against Palestinians 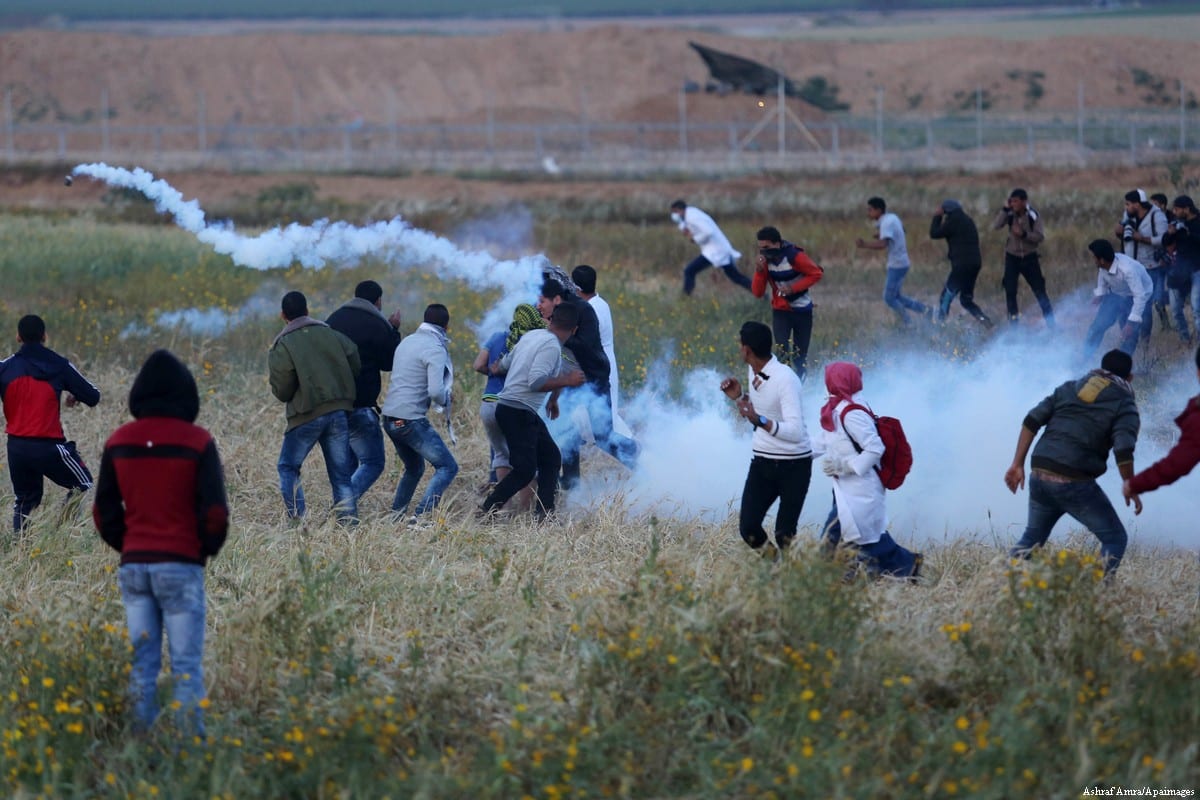 Palestinian protesters take cover after Israeli forces fire tear gas during the 'Great March of Return' in Gaza on 4 April 2018 [Ashraf Amra/Apaimages]
April 13, 2018 at 11:16 am

Israel's right-wing Yisrael Beiteinu, led by Defence Minister Avigdor Lieberman, is pushing for a new law to punish those who document the Israeli soldiers activities during their army service, Israeli Channel 7 reported.

The draft law calls for anyone who films soldiers during their military service to be handed a -year jail term which would increase to ten years if the content is classified as "detrimental to Israeli security".

The bill also prohibits the publication of video recordings on social media or disseminating them to the media.

"It is time to put an end to leftist organisations' activities which in recent days filmed an army soldier to help delegitimize the state of Israel," the Israeli channel quoted sources from the Yisrael Beiteinu as saying.