The new Palestinian and the hope of return 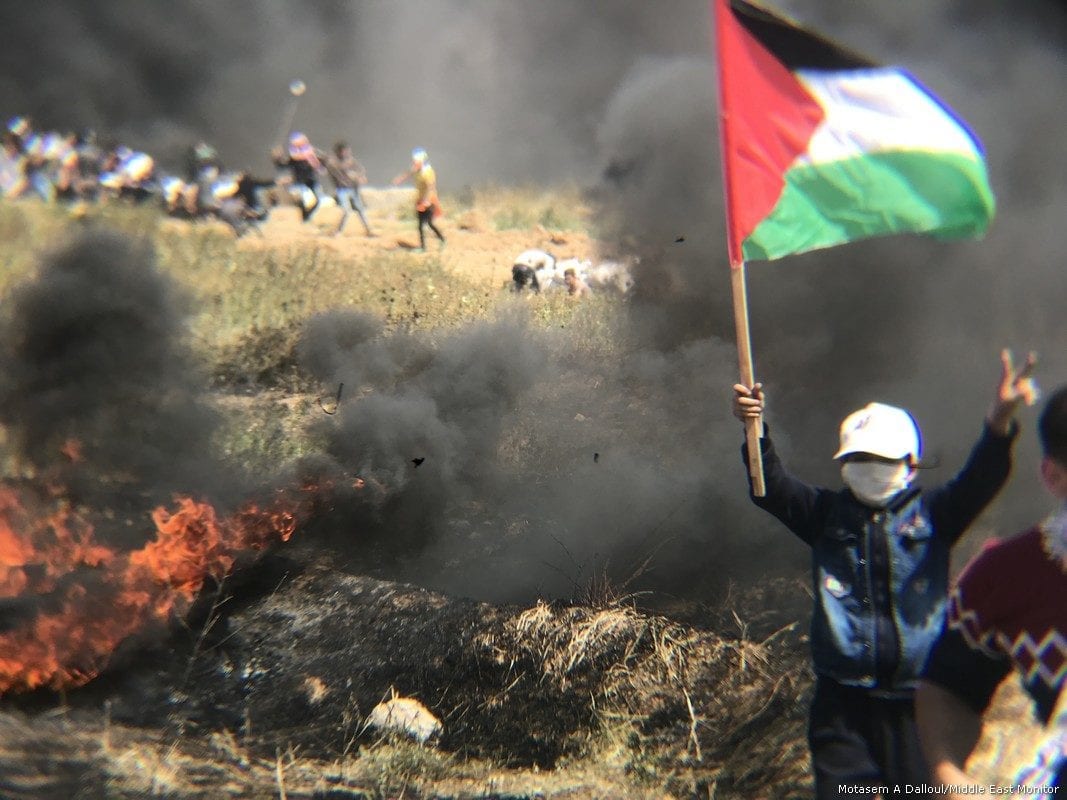 The first generation that witnessed the Nakba in 1948 shouldered the burden of return for many years. They took their house key and a few things in a hurry, thinking they wouldn't be gone for long. They thought they'd be gone for a few days or weeks.

The courageous Arab forces were determined to destroy the occupier and crush it within hours. The valiant Arab forces believed they would be gone for a few days and then return triumphant and victorious after crushing the invaders and sending them away defeated.

The refugee tents were put up and a year later, they turned into buildings with tin roofs and assigned names. These camps spread in Palestine and the Levant. At that point, a drug was injected into the bodies of displaced Palestinians and they began to see the story for what it really is. They realised the conspiracy and began to take the reins and join the ranks of the Palestinian resistance, in all of its forms and names. The conspiracy went on and the nearest and dearest began to abandon support for the nation's cause one day after the other.

The entire world has worked to tame and control the Palestinians. They aim to force the Palestinians to surrender with a false promise of a Palestinian state on the 1967 borders on the outside. Yet the new Palestinians have found themselves to be accused of being devious and left alone helpless without any support or power.

The hypocritical world that sponsored the peace process is actually concerned with suppressing the Palestinians. These institutions have, time and time again, failed to implement their promises or achieve anything that serves this justice.

However, the March of Return in the Gaza Strip carries meanings and connotations that differ from all previous forms of Palestinian struggle and resistance. This is because for the first time in decades, the main title of the act of popular resistance is the return to the Palestinian land occupied in 1948 and the arena for this act are the direct borders of the territories occupied in 1948.

The popular movement also tells all of the countries that sponsored the peace process that the deception and deceit they practiced over the past years has been exposed. The movement also says that the concession of the Palestinians' historical rights was a mistake that must be reversed because the world does not give any importance to the Palestinian intentions, that at some point wanted to achieve an agreement and historical reconciliation. None of the countries of the world managed to stand in the face of the biased sponsor of the peace process and therefore all attempts to revive the dead peace process, whether the attempts were made by Europeans, Arabs, or others.

This peaceful movement has shown the image of the new Palestinian, who is committed to all of their rights, rooted in their land, and innovative in their forms of resistance that have not been used by the old or new world. Despite the simplicity of this resistance, it has disrupted the occupation's calculations, and it is constantly looking for a way to end this popular movement before May 15th, the 70th anniversary of the Palestinian Nakba.