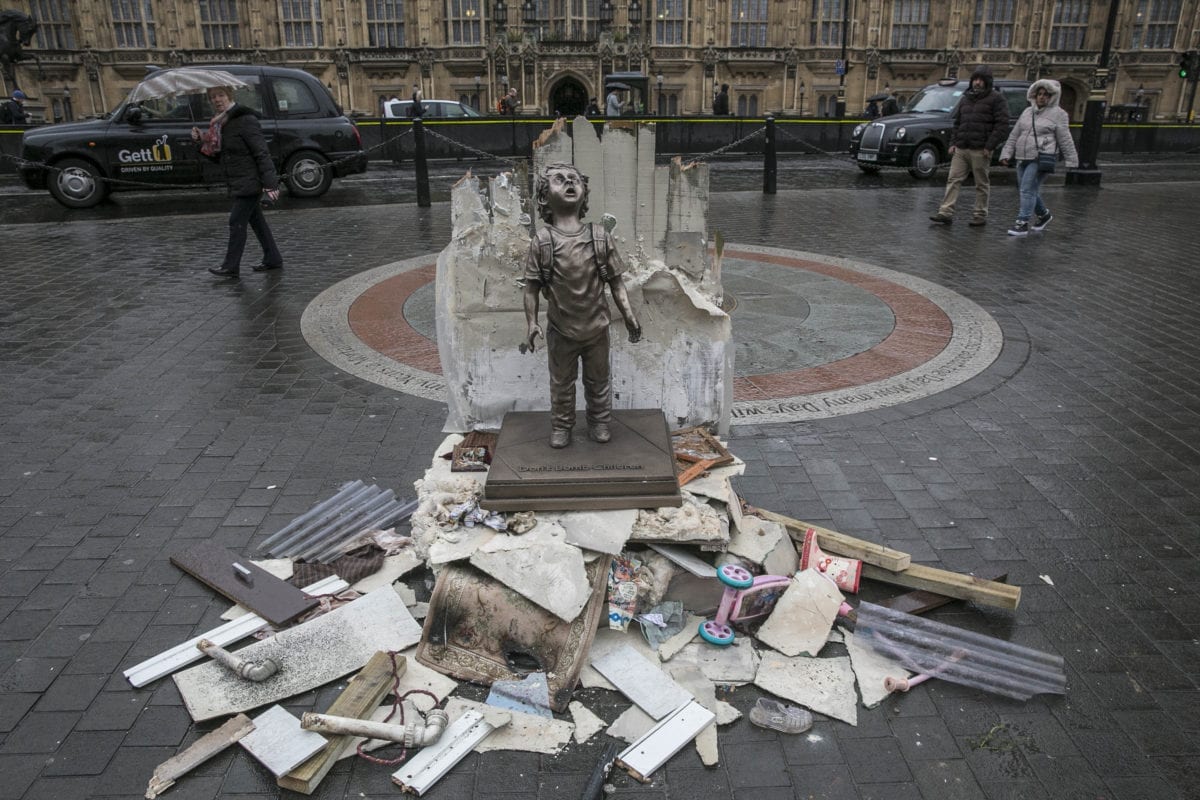 As the UK Government welcomes the Saudi Crown Prince’s first official visit to London, Save the Children has unveiled a life-size statue of a child outside Parliament. The bronze-like statue is a reminder of the dangers that Yemeni children face every day and the risks of British-made bombs fuelling the violence [Save The Children]
June 27, 2018 at 3:29 pm

A new UN report seen exclusively by Al Jazeera yesterday finds that Saudi Arabia is responsible for most child casualties in the Yemen civil war.

A total of 1,316 children have been killed and injured in Yemen, according to the annual Children and Armed Conflict report. The report was submitted to the Security Council on Monday night by Secretary-General Antonio Guterres. 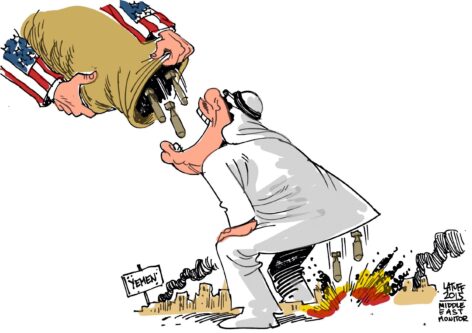 US giving weapons to Saudi to bomb Yemen – Cartoon [Latuff/MiddleEastMonitor]

The UN verified that 552 children were killed – 398 boys and 154 girls – with the majority attributed to the Saudi-led coalition, including some 300 injuries.

The Saudi-led coalition was invited by the internationally recognised Yemeni president Abd Rabbuh Mansur Hadi to neutralise threats posed by the Houthis in March 2015. Today, it continues to fight for the Hudaydah port in an operation codenamed "Golden Victory". The UN has warned that the lives of 250,000 Yemenis will be devastated as a result of the military operation to recapture control of the vital waterway.

The UN report accused the Houthis, Saudi Arabia and the United Arab Emirates of recruiting children for war; 842 cases were investigated with some as young as 11 years of age.

Of the children investigated 534 were fighting for the Houthi group in Yemen. But the blame did not stop with the Iranian-aligned group, as the Yemen National Army and the UAE-backed Security Belt Forces used some 142 children.

According to Al-Jazeera, a cobweb of armed groups and parties were mentioned for responsibility over the killing and wounding of children.