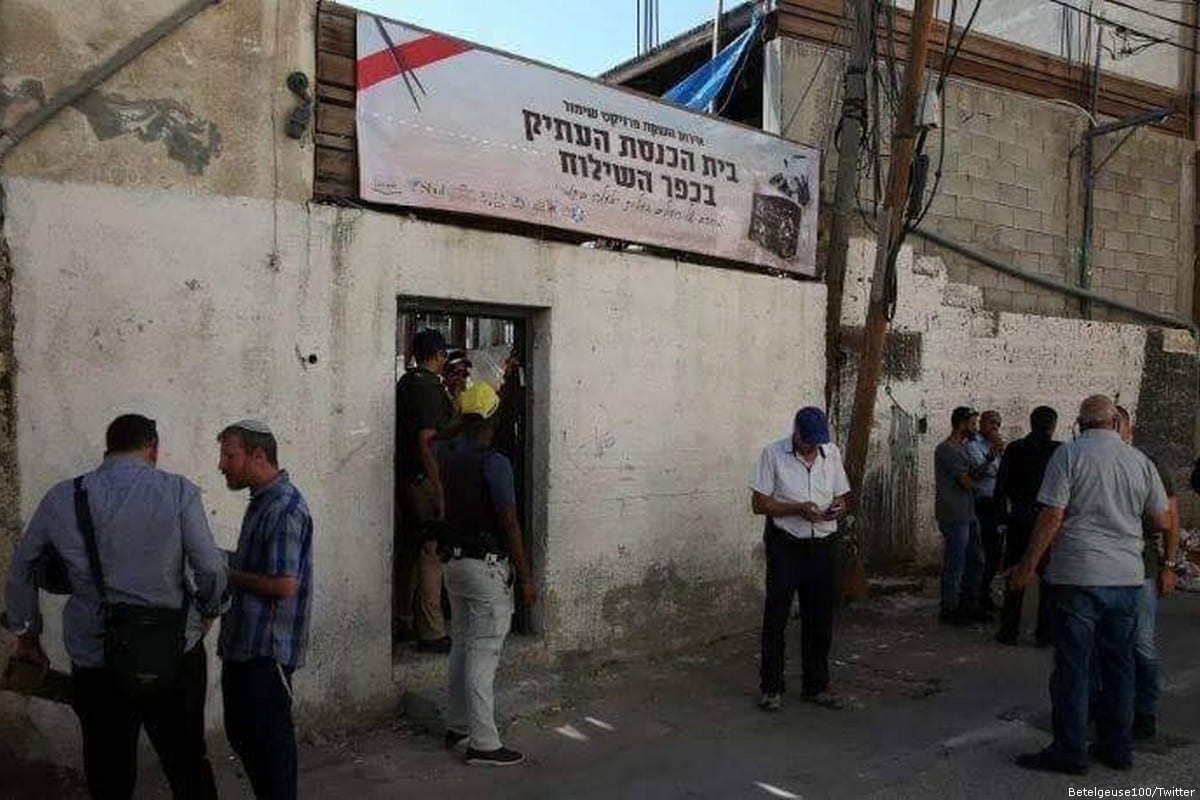 Senior Israeli officials were in attendance yesterday when a new settler-run "heritage centre" was opened in the heart of Silwan, a Palestinian neighbourhood in occupied East Jerusalem, reported the Washington Post.

The inauguration of the centre was also attended by former Arkansas governor Mike Huckabee, in addition to Israeli government figures including Culture Minister Miri Regev.

According to the Israeli government, which has allocated $1.2 million to develop the site, the new centre honours Yemenite Jews who lived there in the 19th century.

However, as the paper noted, "Palestinians say the centre is part of a larger effort by Jewish settlers and their allies in the government to consolidate control of Arab neighbourhoods in the city."

All Israeli settlements in the occupied Palestinian territory – including in East Jerusalem – are illegal under international law.

Read: Resistance, settlements and under 18s

"We know that this was a well-orchestrated plan to force us to leave," said Yakoub Al-Rajabi, a Palestinian resident of the Batan Al-Hawa area of Silwan where the centre has been established. "And if we stay, it will paralyse us and isolate us in our homes".

As reported by the Washington Post, while "Israeli law allows Israeli Jews to claim assets in the annexed territory if they belonged to Jews before [1948]", Palestinians "are not afforded similar claims to property they once owned in West Jerusalem or other cities and towns in Israel".

"When the settlers came, our lives changed dramatically," said Zuhair Al-Rajabi, Yakoub's cousin and the head of the local committee in Batan Al-Hawa. "Now it will only get worse."