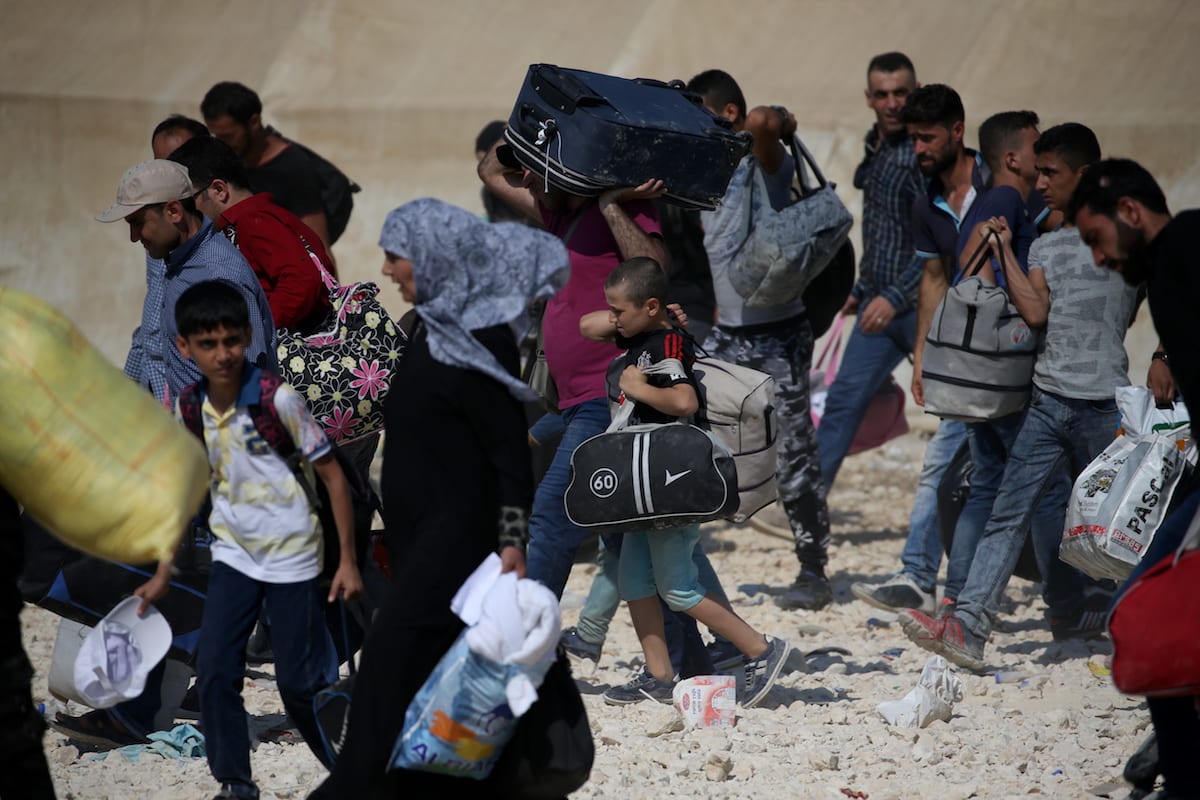 Syrian refugees with their belongings pass through Oncupinar border gate in Kilis, Turkey [Ensar Özdemir/Anadolu Agency]
September 6, 2018 at 9:31 am

UN Refugee High Commissioner (UNHCR) announced yesterday that it is in urgent need of $271 million to meet the needs of the Syrian refugees, the Anadolu Agency reported.

In a statement issued by the regional office in Amman, the organisation said the funds were needed to meet the "most urgent needs of the Syrian refugees in Turkey, Lebanon, Jordan, Iraq and Egypt as well as the internally displaced refugees."

UNHCR said that the money would be spent to support the weakest and most vulnerable refugees in 2018.

There are currently approximately 5.6 million Syrian refugees in the countries around Syria, according to the UNHCR, including 2.6 million children.