Egypt sentences 75 to death, hundreds to jail over Rabaa sit-in 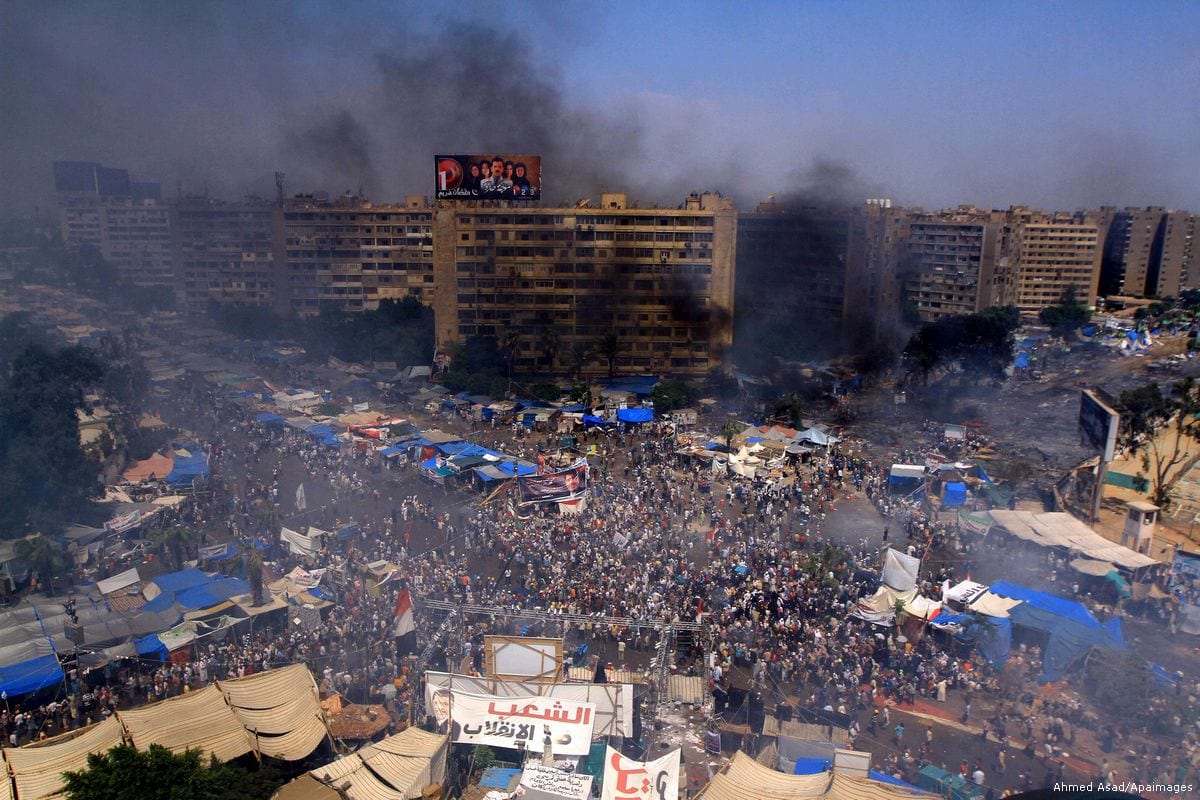 Reuters reports that an Egyptian court sentenced 75 people to death on Saturday including prominent opposition leaders Essam al-Erian and Mohamed Beltagi over a 2013 sit-in which ended with security forces killing hundreds of protesters.

The sentencing, which included jail terms for more than 600 others, concluded a mass trial of people accused of murder and inciting violence during the pro-Muslim Brotherhood protest at Rabaa Adawiya square in Cairo.

The decision can be appealed within 60 days.

Rabaa square was the single most deadly incident in unrest which followed the 2011 popular uprising that toppled Egypt's longtime leader Hosni Mubarak.

The government says many protesters were armed and that eight members of the security forces were killed.

Egyptian police seen on the day they violently broke up the anti-coup protest at Rabaa Al-Adawiyyah Square, Cairo [File photo]

Those sentenced to jail included a US citizen, Moustafa Kassem, rights group Pretrial Rights International said. Washington is Cairo's closest Western ally and one of its top aid donors.

Cases were dropped against five people who died while in prison, judicial sources said.

Following weeks of protests against the ouster of President Morsi by the military, which at the time was led by current president Sisi, security forces violently broke up the Rabaa square demonstration.

They arrested hundreds of people who were charged with inciting violence, murder and organising illegal protests.