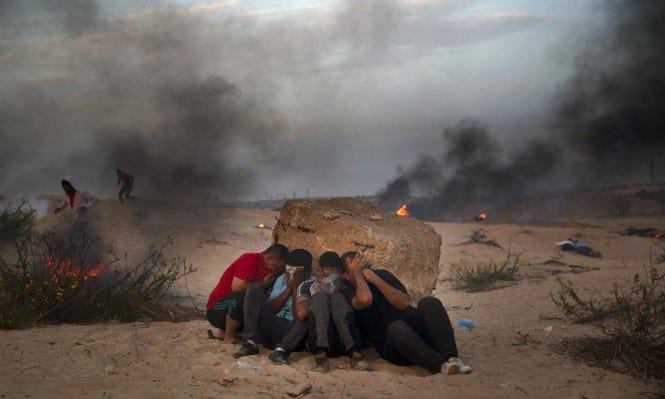 The Palestine Liberation Organisation called on Monday the International Criminal Court to investigate the killing of three children from the Gaza Strip by a missile that an unmanned drone targeted at the security fence on Sunday evening.

Ahmed Al-Tamimi, a member of the executive committee and head of human rights and civil society in the organisation, said in a statement that the international community and its international institutions must break their silence towards the ongoing crimes the occupation army has been committing with US weapons and cover.

He added that: "The targeting of children was intentional and deliberate, and came after crews who runs the unmanned aerial vehicle with high technological abilities identified them. This came in contravention of international conventions on the protection of children in armed conflicts."

He stressed that this proves the falsities and lies of the occupation that claimed that it had targeted a group that was laying mines on the borders of the Gaza Strip. Al-Tamimi pointed out that these and other facts about this crime leave no justification or excuse for anyone to remain silent about the occupation's crimes, as this is considered as participating with the criminal occupation and covering it to continue its massacres against the Palestinians.

For its part, the Ministry of Foreign Affairs and Expatriates said that this terrible crime is part of the open war the Israeli occupation authorities have been waging against the Palestinian people and their cause and rights. No international body has demanded a transparent investigation in to the circumstances.

The Foreign Ministry said that preliminary investigations proved that the Israeli version of the incident is fabricated and false and that it is intended to cover the political decision and military instructions that allow the killing of Palestinians although they pose no threat to  occupation soldiers.

The Foreign Ministry called on the Special Rapporteur on the Rights of the Child to act quickly and to protect the Palestinian children under occupation as part of the protection of all Palestinian people. The Ministry also called on human rights organisations to assume responsibility for the killing of Palestinian children and confirmed it is continuing its actions on the level on human and children's rights international organisations, as well as the International Criminal Court to follow up this terrible crime and to hold those who committed it accountable.