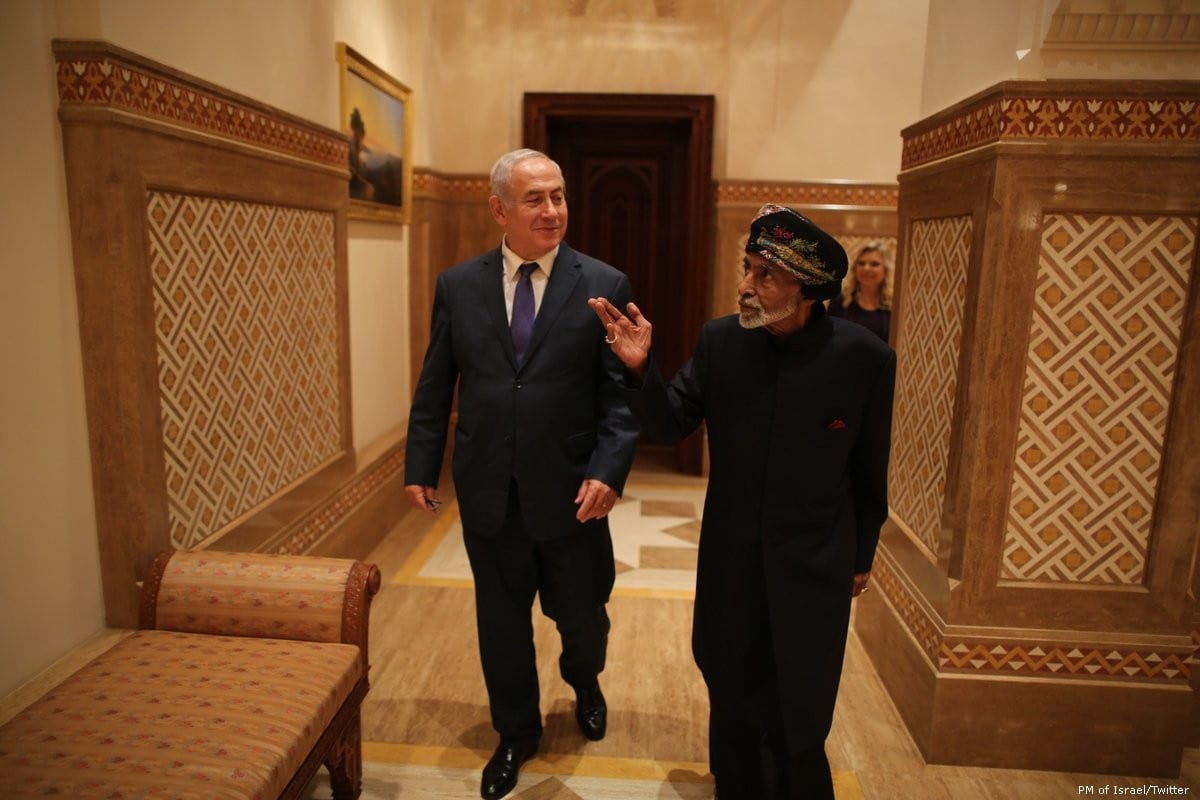 Prime Minister Benjamin Netanyahu (L) on an official diplomatic visit to Oman where he met with Sultan Qaboos bin Said on 25 October 2018 [PM of Israel/Twitter]
November 16, 2018 at 2:21 pm

Gulf nationals have renewed their calls to the governments of the Gulf Cooperation Council (GCC) to "halt all forms of normalisation with Israel and activate the necessary boycott laws."

There has been a notable increase in the number of the campaign's signatories and supporters, refusing "compromising the Palestinian issue" and calling on the Gulf States "to fulfil their historical and moral obligations by taking concrete and practical steps to renounce all levels of normalisation with the Israeli state."

Earlier this week, Israel's Minister of Economy and Industry Eli Cohen was invited to attend a conference in Bahrain to discuss cooperation between the two countries.

The invitation was the latest evidence of Bahrain's normalisation of relations with Israel. In October, it was revealed that Bahrain is secretly holding talks with Israel in preparation for open relations between the two countries and a visit to the Gulf state by Israeli Prime Minister Benjamin Netanyahu.

Bahrain was supportive of a similar visit to Oman by Netanyahu last month. Bahraini Foreign Minister Sheikh Khaled Bin Ahmad Al Khalifa said that he "wishes success for the efforts being exerted by the Omani Sultan Qaboos Bin Said aimed at reviving the peace process between Israel and the Palestinians". Al Khalifa added: "The proposed regional security alliance between the US – on one hand – and Egypt and Jordan – on the other – will remain open for any country which accepts its principles".

Read: The importance of the PA's response to normalisation