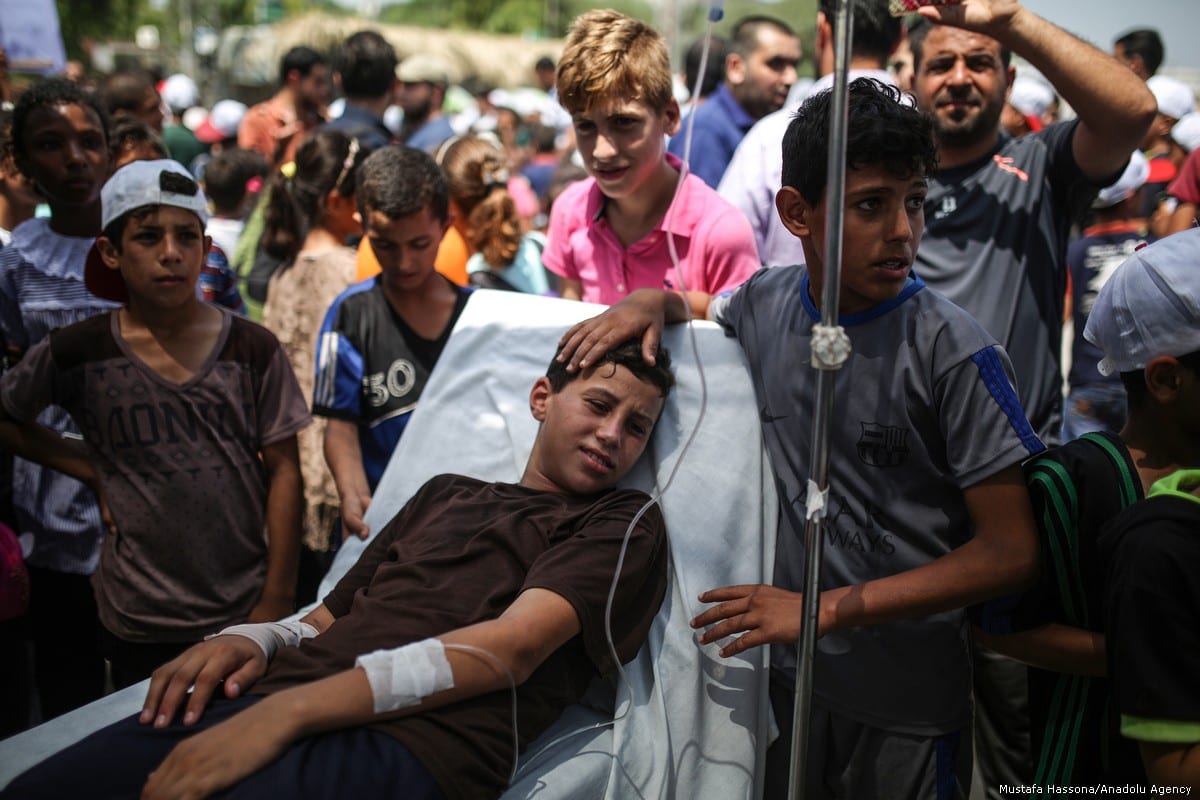 Gazan children stage a protest against power cuts, demanding Israel's over a decade long blockade to end and their right to treatment to be returned, in front of Beit Hanoun Border Gate in Gaza City, Gaza on 24 July, 2018 [Mustafa Hassona/Anadolu Agency]
December 17, 2018 at 1:44 pm

2018 has been "one of the bloodiest for Palestinian children", according to leading human rights NGO Defence for Children International Palestine (DCIP), with at least 53 confirmed child deaths "as the result of Israeli forces or settlers actions" documented by the organisation.

According to DCIP, the majority of these deaths were at the hands of Israeli occupation forces and caused by live ammunition, "often in the context of weekly protests and related activities taking place in the Gaza Strip".

The grim picture was part of an update issued on 15 December, which reported on the killing of a four-year-old Palestinian boy by Israeli occupation forces in the Gaza Strip. 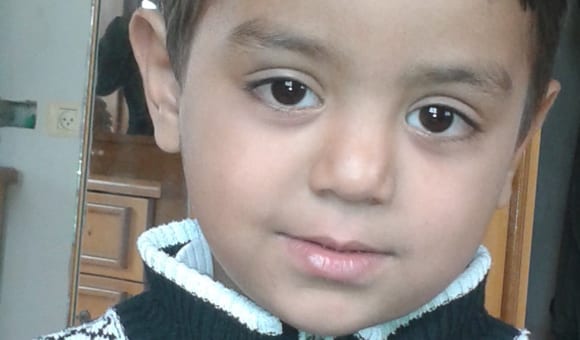 4-year-old Ahmad Yasser Sabri Abu Abed succumbed to his wounds four days after bullet fragments fired by soldiers at protesters struck him in the head, chest and abdomen on 11 December 2018 [DCI-P]

On 11 December, Ahmad Yasser Sabri Abu Abed succumbed to his wounds four days after bullet fragments fired by soldiers at protesters struck him in the head, chest and abdomen.

The child was in his father's arms when he was hit.

"Suddenly, I heard the sound of a gunshot fired by one of the soldiers and I heard the sound of something exploding in front of me," said the child's father. "At this moment, Ahmad screamed. I looked at Ahmad and found blood coming down from his right eye and chest and his shirt was torn."

On 21 November, Abdel-Rahman from the Jabal Mukaber neighbourhood of occupied East Jerusalem, died from a serious live ammunition wound sustained the previous week, during what authorities alleged was an attack on Israeli police officers.

Emad Shahin, 17, meanwhile, was shot by Israeli forces on 3 November, "while he was attempting to cut the perimeter fence in Deir Al-Balah in the central Gaza Strip". Israeli forces are withholding the body, according to the family.