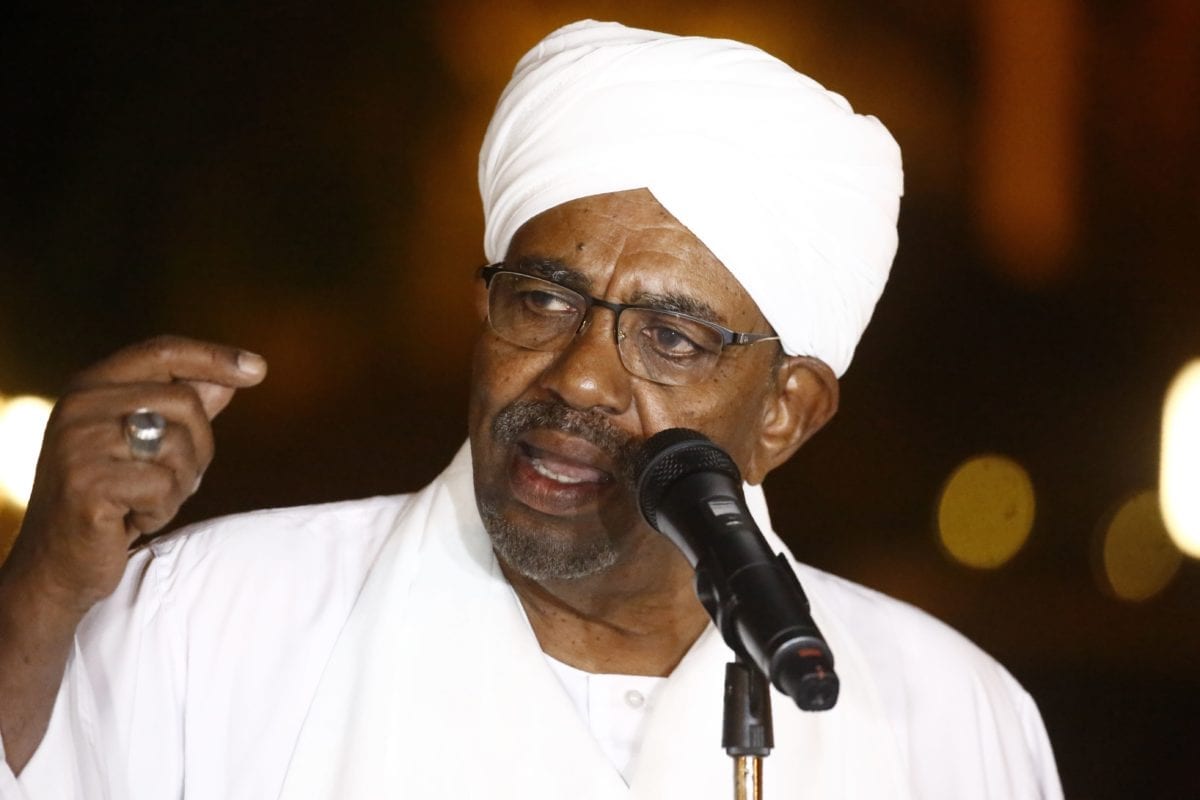 Ousted Sudanese President Omar Al-Bashir delivers a speech at the presidential palace in the capital Khartoum on 3 January 2019 [ASHRAF SHAZLY/AFP/Getty Images]
January 7, 2019 at 1:26 am

Sudanese President Omar Al-Bashir has refused a request by Kenya's national air carrier to fly over Sudan's airspace on a direct route from Nairobi to the Israeli capital city of Tel Aviv, The Jerusalem Post reports yesterday.

In an interview with the Israeli Public Broadcasting Corporation (KAN) Al-Bashir rejected "any possibility of normalisation with Israel."

Bashir's refusal came following an announcement last year by the Israeli Prime Minister Benjamin Netanyahu that Sudan would permit his country's national airliner to pass over its airspace while flying to South America.

Bashir: I was advised normalising relations with Israel will stabilise Sudan

In November, the Sudanese authorities said the Africa country would follow Chad in establishing relations with Israel. However, during the same month, the leader of Sudan's ruling National Congress Party, Abdel-Sakhi Abbas, told Anadolu Agency that his country's ties with Israel were "fundamentally linked to the Palestinian cause."

In December 2017, Israel's Channel 10 reported that the Israeli diplomat Bruce Kashdan secretly met in Turkey's Istanbul with a number of senior Sudanese officials, including the deputy head of the Sudanese intelligence, to discuss bilateral relations.