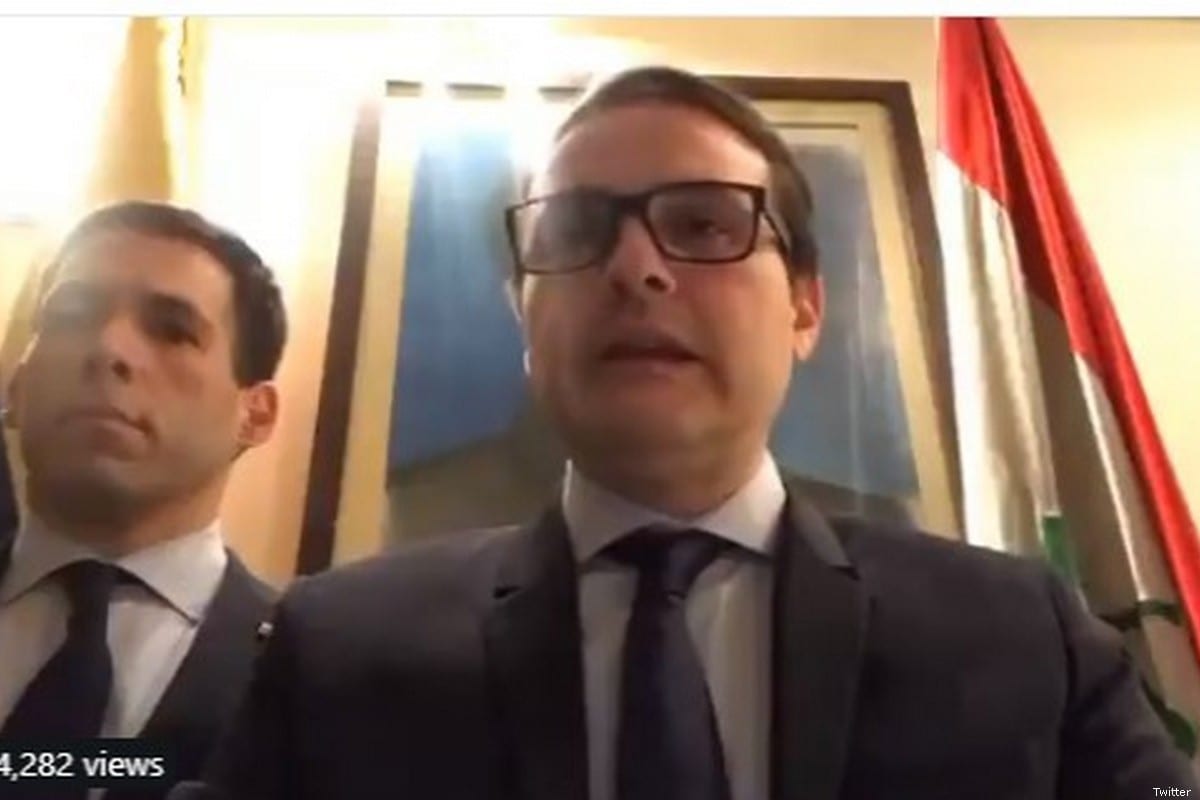 A screenshot of the video put out by Venezuelan ambassador to Iraq Jonathan Velasco Ramirez, declaring his support for Guaido on 4 February 2019 [Twitter]
February 4, 2019 at 1:30 pm

In a video posted on social media, Ramirez said: "Our only place is with the people, the Constitution and the Venezuelan parliament", adding that Guaido has a constitutional right and duty to assume the post of president.

"Mr. Guido, you are on the right side of history, people and the Constitution," he said, adding that "Maduro and his gang have crossed all permissible lines".

Ramirez concluded his message by calling on the army to overthrow Maduro.

Venezuelan President Nicolas Maduro proposed on Saturday to hold early parliamentary election as part of efforts to counter the threat posed by National Assembly Speaker, Juan Guaido, who has declared himself the country's legitimate president.