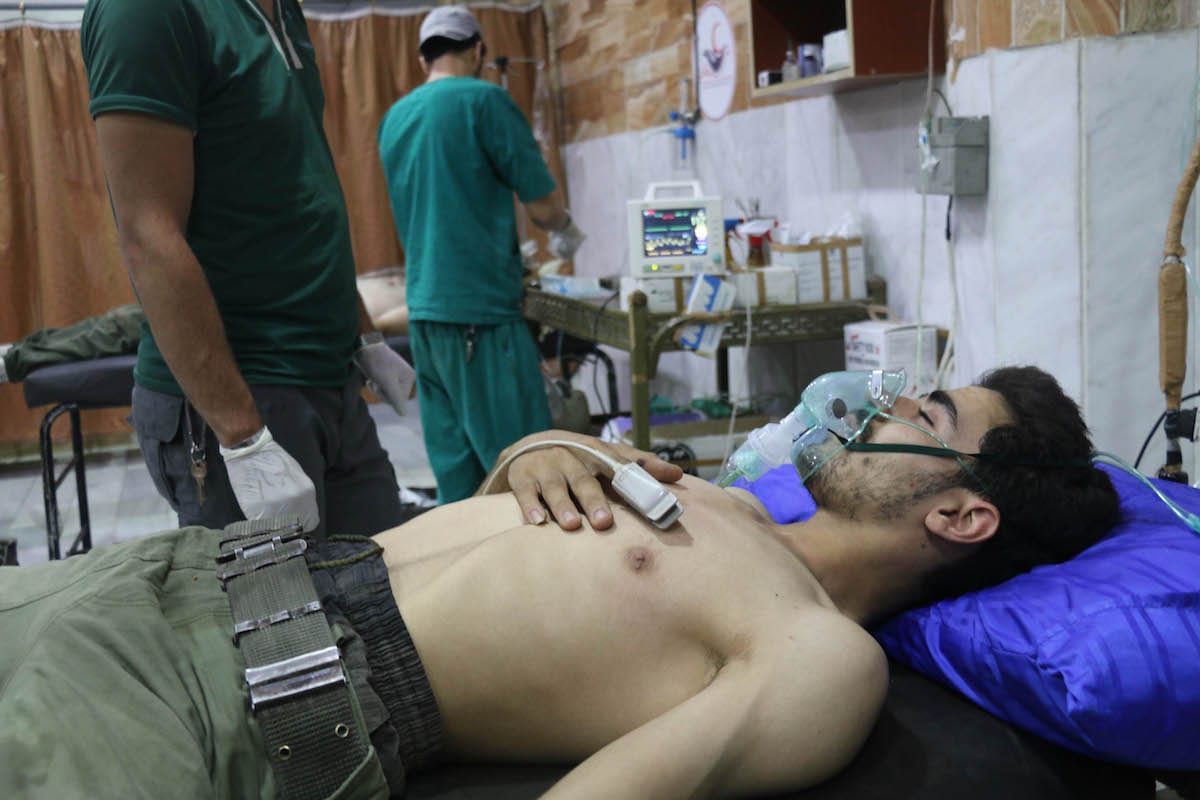 The Organisation for the Prohibition of Chemical Weapons (OPCW) has failed to investigate some 191 chemical attacks that have occurred in Syria since 2012, the Syrian Network for Human Rights revealed yesterday.

In a nine-page report, the human rights watchdog called for the international community to ensure the incidents are investigated. It estimates that at least 221 chemical attacks were carried out between 23 December 2012, and the end of 2018; 216 by the regime of Syrian President Bashar Al-Assad, and five by Daesh militants.

However, the Hague-based OPCW has so far acknowledged only 43 attacks since the war began, the most recent of which was the attack on Damascene suburb of Douma last April, which killed over 85 people.

The report detailed some of the most devastating attacks not yet recognised by the OPCW; one chemical attack in December 2016 witnessed Syrian regime warplanes dropping gas canisters on five villages in the province of Hama left some 35 people dead, including 16 children and six women, injuring at least 100 others. In March 2013, similar canisters were fired into the town Khan Al-Asal in Aleppo, killing 22 people and injuring 250 others.

The rights group also accused the Syrian government and ally Russia of obstructing investigations conducted by the OPCW, stating that authorities had misled inspectors, refused visas to expert personnel, deliberately delayed responses to messages, and limited their access to certain areas. It cited several other news reports, including one by Reuters from 2017, which detailed the numerous obstacles investigators faced as they tried to gather evidence of chemical attacks.

SNHR's appeal comes amid the expansion of the OPCW's mandate this month, which will now allow the investigative authority to identify the perpetrators of such attacks. The move was welcomed by the watchdog, particularly given the attempts made by the Syrian regime and its allies to block international action; Moscow has used its veto power at the UN Security Council 11 times to protect Damascus.

The SNHR stressed that examining the other attacks should be treated as a high priority issue, but acknowledged that given most of the incidents occurred over a year ago, it would be difficult to collect evidence, particularly with many of the affected areas now once again under government control.

The report notes that the Syrian regime has also manipulated the remains of many who died in certain chemical attacks, as happened in the cemetery of Douma last year, where the graves of the victims were desecrated and moved. While the tampering of a crime scene and removal of civilians' remains are clearly actions which condemn the Syrian regime as responsible, it nevertheless makes investigations difficult for OPCW officials.

To this end, the SNHR said it would be willing to work with the OPCW to provide it with evidence it has collected over the past seven years, which could be needed for the investigation.

"The countries of civilised world must stand up to states that support the use of and concealment of evidence of the use of chemical weapons, the foremost of these states being the Syrian, Iranian and Russian regimes," the group concluded.

"Russia must cease its use of its role as a permanent member of the Security Council in the context of supporting oppressive dictatorships in exchange for material and political interests at the expense of the killing or displacement of millions of people."

READ: OPCW rejects US bid for Palestine's exclusion from Prohibition of Chemical Weapons