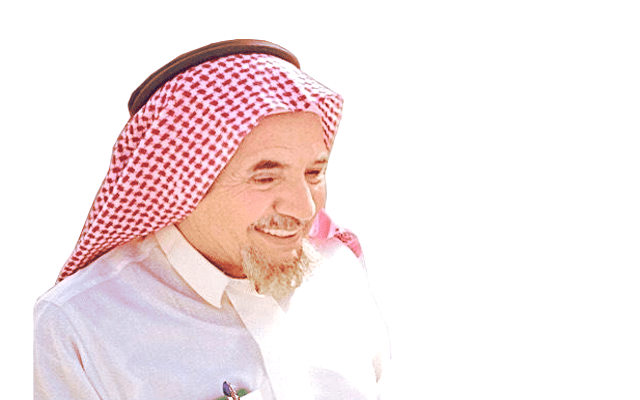 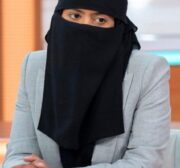 The Western stereotypes of Saudi Arabians are well known – they are rich, ultraconservative and anti-democratic, and they have given nothing to the world but oil and terrorists. So many people might be surprised to learn that Saudi Arabia has a long-established, deeply rooted civil rights movement that has spent decades calling for freedom and justice for all.

During the Soviet-Afghan war in the 1980s many Saudis left their country to fight in Afghanistan. The US government blessed the move at the time, seeing them as foot soldiers in the fight against an enemy of the Western Bloc. But when the Soviet-Afghan war ended in 1989, a lot of those Saudis returned home, with not only very different views of the world but also military skills honed in the heat of war. The Saudi authorities treated these returnees as an existential threat – they were jailed, interrogated, tortured and even killed in prison. For the few who were eventually released, this state brutality only hardened their belief that violent jihad was the only way to change the status quo – a boon for the violent jihadi movements that would continue to grow for decades.

Other Saudis, observing this, blamed the tyranny of the authorities on the rigid and archaic interpretations of Islam of the official religious establishment, and decided that for it to end they ought to render unto Caesar what was Caesar's and to God the things that were God's. These people formed the country's new hidden ultra-secularist movement.

However, between the violent jihadi movement and the ultra-secularists, another current was also born – the civil rights movement. The silent majority of Saudis loathed the autocratic behaviour of the government and its use of religion to further its aggressions. Activists began to call for political representation, accountability, and government respect for citizens. Foremost among them was Abdullah Al-Hamid.

Born in 1950 in the city of Buraidah, Al-Hamid was an Arabic language professor and poet who in 1993 co-founded the Committee for the Defence of Legitimate Rights, a political advocacy group whose stated objectives included the release of political detainees and accountability for abuses committed by members of the ruling family. Although Saudi officials quickly banned the organisation and imprisoned Al-Hamid for his work with the group, he resumed his activism once he was released, and quickly became a leading figure in the civil rights movement.

An Islamic discourse of rights

In 2009, Al-Hamid co-founded the Saudi Association for Civil and Political Rights (ACPRA), known in Arabic by the acronym HASM (Jam'iyyat Al-HuquqAal-Siyasiyya wa Al-Madaniyya). HASM rejected sectarianism and divisive rhetoric, and called for political representation, elected government, accountability, respect for citizens' rights, and the release of political prisoners and activists of all political persuasions. It also endorsed the call for transformation of the absolute monarchy into a constitutional one.

HASM's strategy was based on a reinterpretation of the idea of jihad, arguing for the Islamic principle of peaceful struggle – jihad silmi – to pressure the government to enable citizens to participate in public life based on a culture of rights. Al-Hamid wrote pamphlets and delivered lectures on the subject, and much of HASM's literature drew parallels between the global human rights discourse and Islamic tradition. This hybrid discourse allowed HASM's messages to filter through to all segments of Saudi society, overcoming barriers of tribe, race, class, gender and religious affiliation.

But the group's broad reach meant that the Saudi regime felt HASM to be more dangerous than the violent jihadis: it appealed to the religious masses locally, while drawing international attention to the Saudi government's human rights violations. HASM's founders and activists were arrested one by one.

In 2013, a few months after circulating a petition that called for the resignation of then-Interior Minister Prince Mohammed Bin Nayef because of the number of detainees alleged to have suffered ill-treatment during his tenure, Al-Hamid too was arrested and sentenced by the Specialised Criminal Court to 11 years in prison. The charges against him included "breaking allegiance and disobeying the ruler", "undermining unity", "questioning the integrity of officials", and "seeking to disrupt security", as well as "inciting disorder by calling for demonstrations".

Abdullah Al-Hamid has been recognised internationally for his active advocacy for human rights for over 20 years. In November 2018 he and two other imprisoned Saudi human rights defenders – Waleed Abu-Al-Khair and Mohammed Fahad Al-Qahtani – were made joint recipients of a Right Livelihood Award, known as the Alternative Nobel Prize, "for their visionary and courageous efforts, guided by universal human rights principles, to reform the totalitarian political system in Saudi Arabia".

In November 2018 Saudi human rights defenders – Waleed Abu-Al-Khair and Mohammed Fahad Al-Qahtani – were made joint recipients of a Right Livelihood Award, known as the Alternative Nobel Prize, "for their visionary and courageous efforts, guided by universal human rights principles, to reform the totalitarian political system in Saudi Arabia"

Yahya Assiri, the director of the Saudi Human Rights organisation called Al-Qst and who received the award on behalf of Al-Hamid and friends said: "We welcome and thank the Right Livelihood Award for their recognition of these three men, but we need far more. Saudi Arabian government leaders are responsible for gross, systematic human rights violations yet travel the world, smiling, apparently safe in their impunity. That is why we urgently call to all those with a stake in the human rights project, to promote Saudi activists as internationally recognised heroes and role models."

Indeed, Abdullah Al-Hamid has shown remarkable courage in the face of tyranny, and has persisted despite the agony and exclusion he is enduring. Some Saudis see him as the Saudi Nelson Mandela – with the minor difference that Al-Hamid never chose violence at any point in his struggle.

Al-Hamid once said: "You can't imprison all the activists, as they are like plants: they grow every day and everywhere." Today many Saudis see Al-Hamid as the embodiment of jihad silmi and have become more motivated and adamant than ever to reform the country. Indeed, the Saudi regime has failed miserably to silence civil rights activists – Al-Hamid's efforts gave rise to a new generation of them after he was sent to prison. However, they need the international community to do more to put pressure on the Saudi regime and demand the release of all prisoners of conscience. After all, Mandela's years of peaceful persistence eventually proved victorious and so will Al-Hamid's.