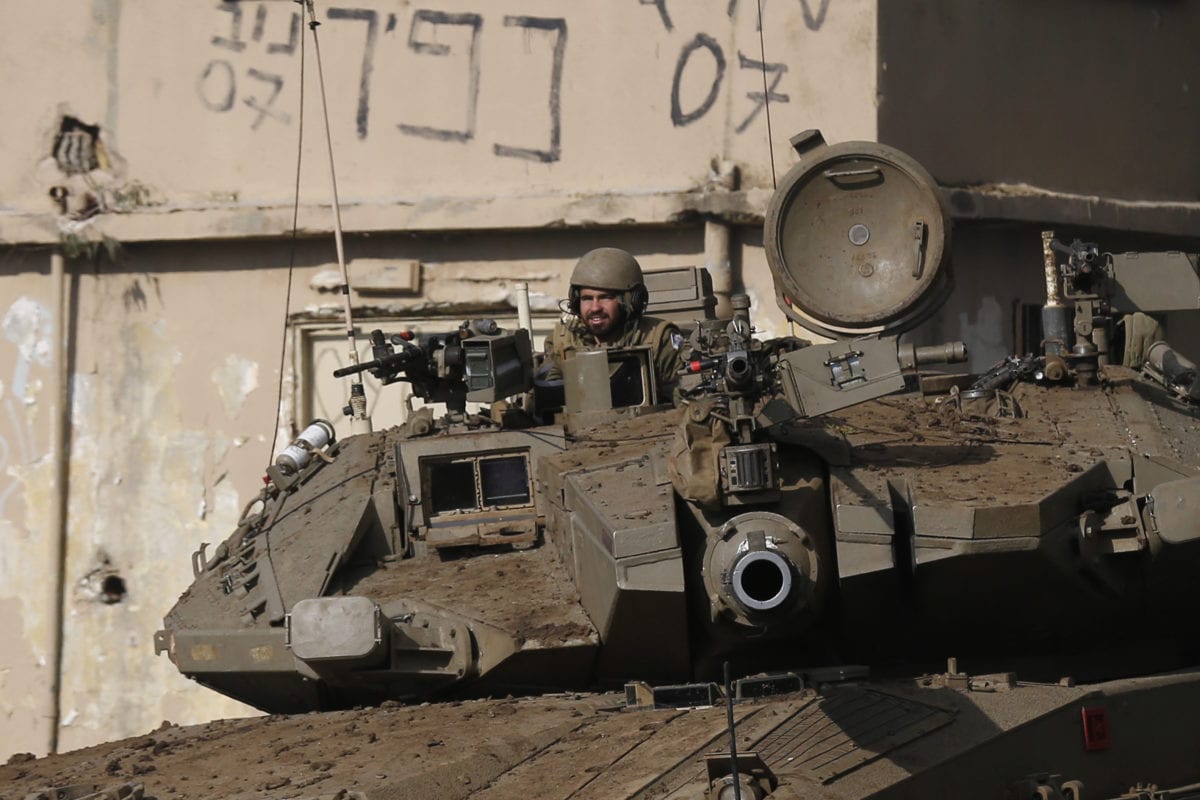 An Israeli soldier sits in an army Merkava tank during a military drill in the Israeli-annexed Golan Heights on 12 February 2019 [JALAA MAREY/AFP/Getty Images]
March 25, 2019 at 10:00 am

Israeli army has raised the state of alert in the occupied Golan Heights after the US President Donald Trump announced he would recognise Israel's sovereignty over the territory, Quds Press reported yesterday.

According to Israeli newspaper Maariv, the army deployed snipers and moved anti-riot ammunition, including tear gas canisters and rubber coated bullets, to the area.

"The army and the police are preparing for possible demonstrations in the Syrian side of the Golan Heights," a spokesman of the Israeli army told Maariv.

READ: EU will not follow Trump's recognition of Israel sovereignty in Golan Heights

Meanwhile, the Israeli news website Wallah reported that the Israeli army is expecting the area to witness "violent riots similar to those in the southern area near the Gaza Strip."

Wallah noted that the Israeli army is afraid that Hezbollah and Tehran will use the tension and carry out attacks against Israel.

Israeli officials, the website said, passed a message to the Syrian side through the UN, warning Iran and Hezbollah from carrying out any attacks.

The website recalled the demonstrations in 2011, during which Israel killed four Syrians and wounded 100 others, noting that the Israeli army would not allow protests to stop demonstrators penetrating the border.