Israel is bracing for a massive ground operation in Gaza 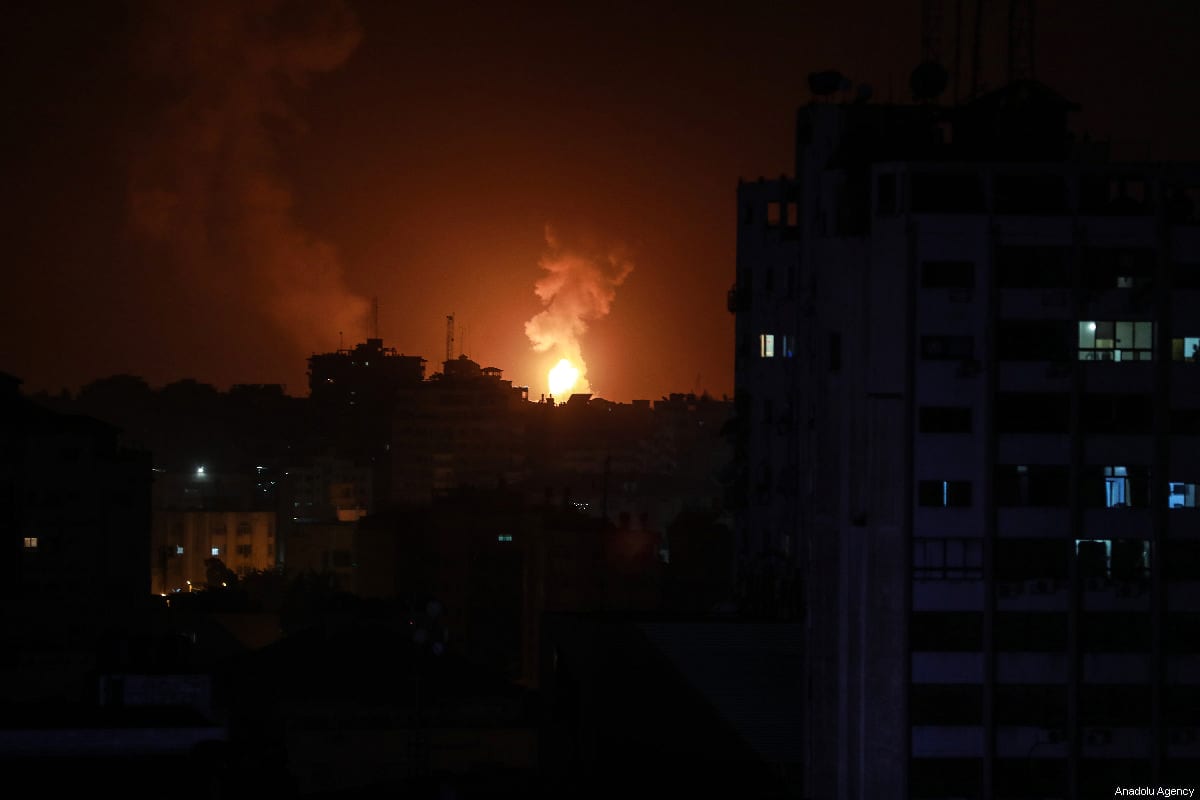 After completing discussions and assessing the situation on the southern front, the Israeli occupation army has likely decided to prepare for a massive ground attack in the Gaza Strip, Israeli media reported this morning.

"Following the assessment of the situation by the chief of staff, we are currently rapidly transferring two brigades, infantry and armoured corps from training and from their division headquarters to the Southern Command area," spokesperson of the Israeli army Ronen Manelis said in a statement.

"There is a focused mobilisation of reservists to specific zones, and we are in full readiness for a wide range of scenarios," the statement continued, noting that the current round of reservists are from intelligence and air defence units.

Manelis said that the possible ground attack in Gaza comes in response the launching of a homemade rocket from the besieged enclave towards Tel Aviv. The rocket is said to have injured seven Israelis and four pets, Israeli media reported.

"It was a serious incident of a direct hit at a home," Manelis continued. "A Hamas-manufactured rocket that reaches a range of over 120 kilometres was used. The attack was carried out by Hamas from its position in the Rafah area [in the southern Gaza Strip]."

Though none of the Palestinian resistance factions in Gaza has claimed responsibility for the rocket fire, Manelis blamed Hamas. "We hold Hamas responsible for everything that happens in and out of Gaza," he said.

As a result, Israel closed all crossing between it and the besieged Gaza Strip, leaving both people and goods stranded once again. Occupation forces also reduced the fishing zone off the coast of Gaza, however they have no given clear instructions as to how far it now extends.

These limitations would remain in place until further notice, the coordinator of the Israeli activities in the occupied Palestinian territories said.

The area surrounding the Gaza Strip was declared a military zone and Israeli farmers have now been asked not to work in their farms.

READ: Is Israel really interested in a truce with Palestinians in Gaza?

Since the morning, Israeli media has been reporting remarks of senior Israeli political and military officials who have been calling for harsh repercussion for Palestinians in the Gaza Strip.

Member of the Knesset Eli Cohen was reported by the Israeli Army Radio as saying: "I am calling for the return to the assassination policy against the Palestinians. The Israeli army has to use its full force against them."

The Minister of Internal Security Gilad Erdan told the Israeli TV Channel 13: "Hamas is a murderous organisation and we must respond regardless of its excuses. Our response will be very harsh."

Meanwhile, Tourism Minister Yariv Levin told the Radio 103FM: "The military operation in Gaza is the last choice, but it exists on the table."

The Israeli officials in Tel Aviv have held discussions about the situation with Netanyahu, who is on a week-long visit to Washington. Netanyahu is cutting short his trip to America – leaving him unable to address AIPAC tomorrow – and returning to Israel to decide which of the scenarios is best.

But trouble on its border with Gaza may have come at a perfect time for Netanyahu who is running for a fifth term in office but facing stiff competition from head of the Blue and White (Kahol Lavan) alliance Benny Gantz. Netanyahu is also embroiled in three corruption cases with a possible fourth case likely to be investigated by the state prosecutor.

Critic and political analyst Roni Daniel said: "Netanyahu could make a decision while in Washington but he isn't and has decided to make it upon his return to Tel Aviv in order to create a sense among Israeli voters that nothing can be done without him."