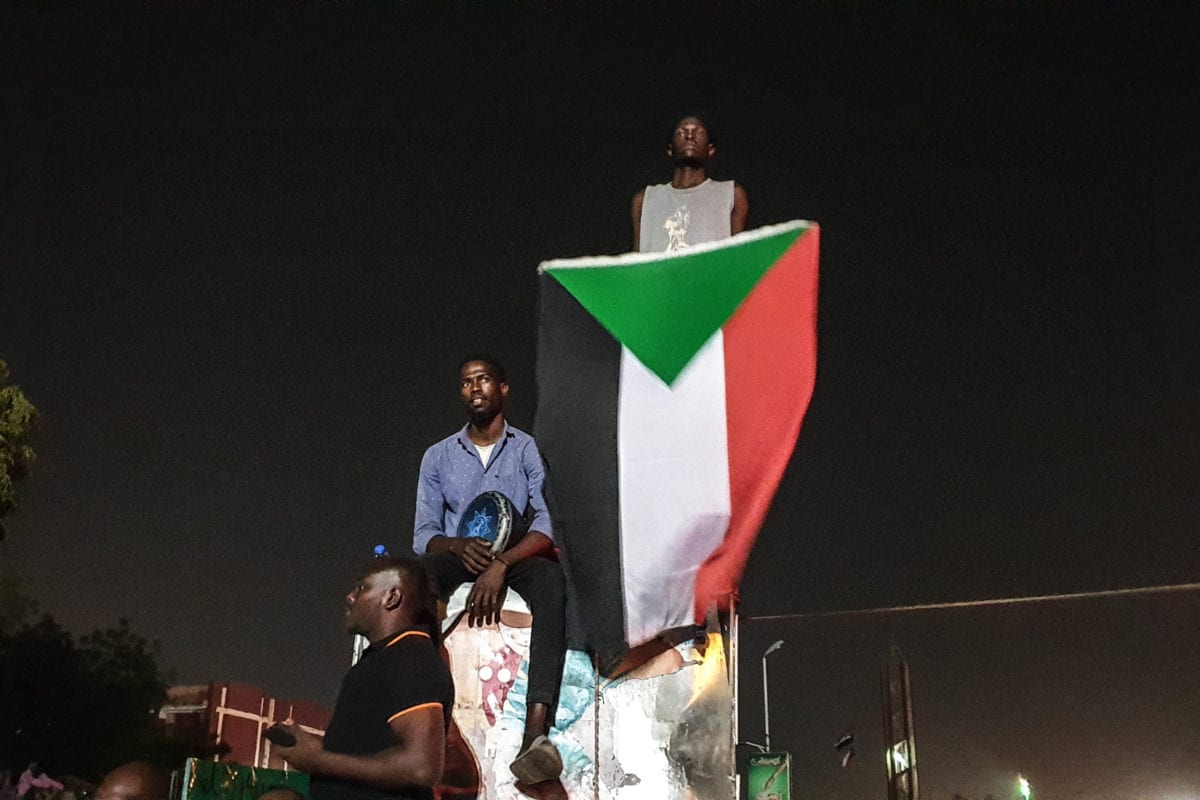 People gather to celebrate outside army headquarters after country's Defense Minister Ahmed Awad Ibn Auf announced he was stepping down as head of the country’s transitional military council in Khartoum, Sudan on 13 April 2019. [Stringer - Anadolu Agency]
April 14, 2019 at 2:00 pm

Riyadh declared its support for the steps announced by the transitional military council in Sudan, according to the Saudi official news agency SPA, Anadolu Agency has reported.

"The Kingdom declares its support for the steps announced by the Council in preserving the lives and property, and stands by the Sudanese people, and hopes that this will achieve security and stability for brotherly Sudan," the SPA said late Saturday.

It added that Saudi King Salman bin Abdulaziz issued directives for the providing of a package of humanitarian aid, including petroleum products, wheat and medicines to Sudan.

On Thursday, the Sudanese military deposed Omar al-Bashir, who has ruled Sudan since 1989, following months of popular protests against his rule.

The military also established a military council to run the country for a transitional period of two years.