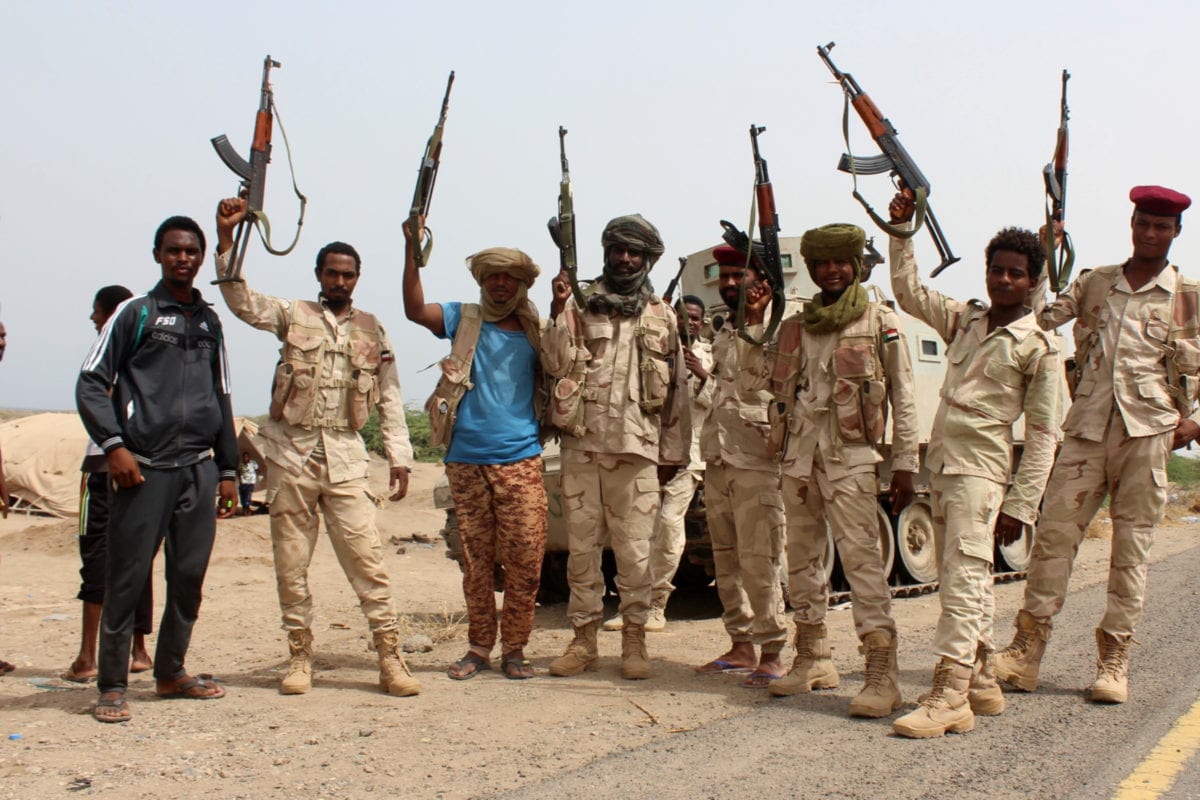 "We are sticking to our commitments to the coalition and will keep our forces until the alliance achieves its objectives," Daglo told the official state news agency.

The Sudanese army has been participating in the Saudi-led coalition in Yemen since 2015, backing the government of President Abd Rabbuh Mansur Hadi after he was ousted from the capital Sanaa by Houthi rebels.

Thousands of Sudanese troops are believed to be serving on the ground as part of "Operation Decisive Storm", with sources claiming that up to 14,000 Sudanese militiamen have fought in Yemen over the past four years.

Last December, a New York Times article also claimed that Saudi Arabia had offered around $10,000 to families in Darfur affected by the Sudanese civil war, if they were to send their children to fight in Yemen.

Several Sudanese opposition groups including the National Ummah Party of Sadiq Al-Mahdi have previously voiced opposition to Sudan's participation in the conflict. Al-Mahdi has urged the government pull out Sudanese troops, describing the move to participate in the coalition as a "big mistake".

Since the coalition intervened in 2015, Yemen has become the worst humanitarian crisis in the world, according to the UN. More than 50,000 people have been killed in the war, while more than 11 per cent of the country's population has been displaced.

Three quarters of the country's population, some 29 million civilians are in need of humanitarian aid, while 14 million are at risk of famine as a result of the war and subsequent sieges which the Saudi-led coalition has imposed on a number of cities in an effort to starve and force out Houthi fighters. Some 85,000 children alone have died due to malnutrition, according to Save the Children.

Following the ousting of Sudanese President Omar Al-Bashir last week, the Transitional Military Council has said it has initiated contacts with several countries, including Saudi Arabia, the UAE, Qatar, Ethiopia and South Sudan.

"There are communications between the military council and the leaders of some countries," the report said, without elaborating further.

Saudi Arabia and the UAE have announced their support of the Military Council, with Riyadh pledging emergency aid, even as protests against military rule continue across the country. The Sudanese Professionals' Association that had led numerous protests in recent months called yesterday for the transitional military council to be disbanded and for a new interim civilian-ruling council to be formed.

A sit-in outside the Defence Ministry continued yesterday with the protesters, numbering about 5,000 in the morning as more arrived, chanting "Freedom, freedom" and "Revolution, revolution", and appealing to the army to protect them.