We are witnessing a tsunami of Arab crises 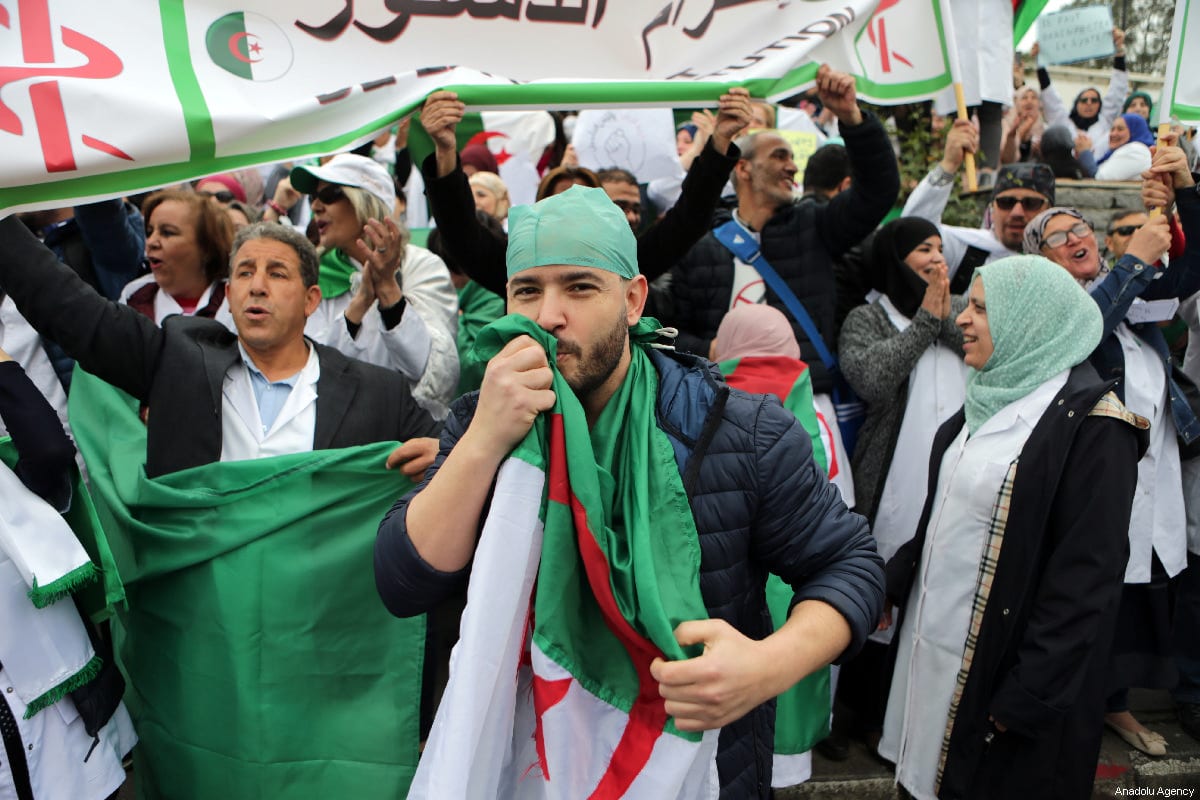 A friend of mine asked me if I think that what is happening in Libya, Algeria and Sudan is a pure coincidence. No, I don't.

While there is evidence that is almost irrefutable that a conspiracy has been hatched against the Arab world, I do not like to take the easy approach — conspiracy theories — in analysing the situation, which many researchers and writers rely on. I believe that it is important to take any matter being studied back to its basics in order to understand them before examining the results and consequences.

As such, the events in the three countries mentioned, and what happened in other Arab countries in the past, can be traced back to what we might call Arab weakness; it is like a disease searching for the weakest areas to infect the body. The same can be said for the Arab world generally, as it is easy to infiltrate it through its weakest points; in my opinion, these reflect the fragility of some regimes and the struggle for power therein.

I would like to point out that if the Arabs had been immune and strong since former US Secretary of State Condoleezza Rice promoted the theory of "creative chaos" — which itself emerged from the womb of Shimon Peres's Greater Middle East project — they would have been able to influence Rice's ideas or the ideas of others in the region. Moreover, we would not have witnessed the degree of terrorism that we have had, or the attempt to destroy communities from within by provoking tension without direct interference, known as fourth generation warfare.

Thus, the absence of a collective Arab will facilitated the dissolution of the Arab unity. This has encouraged some to promote dubious deals, such as what is known as "the deal of the century" for Israel-Palestine, which has been promoted as a shiny new solution for the suffering of the Arab world. The deal, however, is nothing more than a tool to implement a plan to dismantle the Arab world into marginalised mini-states. In 2011, at the beginning of the Arab Spring revolutions, Sudan was divided into North and South Sudan; remember, Egypt and Sudan had once been a single country.

Furthermore, these revolutions were utilised, not to help the nations to rise up and advance, but instead to promote strife amongst individual nations, by planting extremist and radical groups and organisations in the Arab world. Iraq and Syria were the clearest examples of this, while today, Libya has taken that role. The crisis there is being managed so that, ultimately, it will be turned into three mini-states called Cyrenaica, Tripoli and Fezzan.

As for Algeria, there is a popular movement calling for change, just like the movement in Sudan, which is in itself a positive development, but it has not yet been able to offer political alternatives that translate the process of change into a national project that achieves stability. The difference is that the Sudanese military establishment has had the upper hand in implementing the process of change, but the "militarisation" complex has remained an obsession that controls the Sudanese public. This requires the elimination of this complex and some benefit from the fact that the military is always the most organised, disciplined and patriotic institution in any civilised country.

In any case, this complex has made the crisis in Algeria and Sudan revolve in a vicious cycle. At the same time, I note that each of the Arab crises has a certain degree of distinction, as evidenced by the current situation in Libya, where we find that the popular movement is divided between the Al-Sarraj government, based in Tripoli and relying on the armed militias, and the Libyan National Army coming from the eastern part of Libya, led by Field Marshal Khalifa Haftar. He is backed by many Arab countries because he calls for stability and the unity of all Libyan territories. However, the matter that distinguishes Algeria is the fact that the population has lost confidence in all figures from the Bouteflika era, which makes the transitional period very difficult. Meanwhile, the Sudanese popular movement lacks the ability to provide a solution to establish civil rule.

The Arab crises should have been able to find their solutions through the Arab League, but it is very weak. So much so, in fact, that it is incapable of facing the tsunami of Arab crises, both the old and the new. Hence, the rational alternative is to look for another umbrella body, new in terms of structure and content, which is able to deal with the Arab problems and confront the plans to dismantle the region. There is no other way to overcome the Arab weakness except by establishing and activating three Arab unions, alongside the Gulf Cooperation Council, in order act as the nucleus of the new Arab League: a Union of Arab States in North Africa, which includes Egypt, Libya, Tunisia, Algeria, Morocco and Mauritania; a Union of Arab States bordering the Red Sea, which includes Saudi Arabia, Egypt, Jordan, Sudan, Yemen, Djibouti and Somalia, and may also include the Comoros; and a Union of Arab States in the Eastern Mediterranean, made up of Jordan, Syria, Lebanon, Palestine and Iraq.

If each bloc works in accordance with its national interests and seeks to contain the crises affecting its members, and then forms a cohesive whole under an effective and active regional organisation with higher common interests, known as the Union of Arab States, we would be able to pass through the bottleneck and overcome the tsunami of Arab crises peacefully and safely. Everything I have mentioned may be an Arab dream when we examine our situation in depth, but it may be the beginning of the desired Arab project needed to challenge the aims of the Zionist project, which are no secret to anyone.