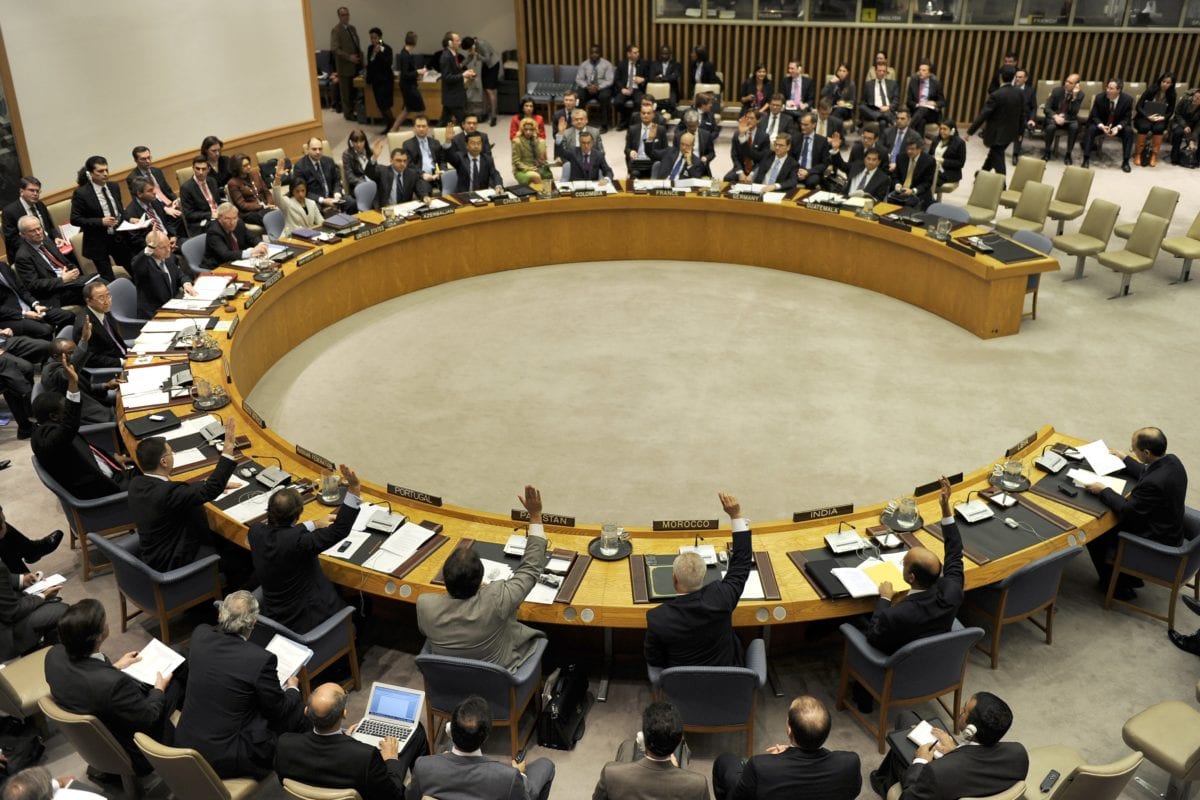 Members of the United Nations Security Council vote to extends its political mission in Libya with a mandate to promote democracy during a meeting on Libya and the Middle East situation 12 March 2012 [AFP PHOTO/ TIMOTHY A. CLARY / Getty]
May 16, 2019 at 3:51 am

Saudi Arabia submitted on Wednesday a letter to the United Nations Security Council, in which it held Iran and the Yemeni Houthi group responsible for targeting their oil facilities on Tuesday.

The letter was handed over by the Permanent Representative of Saudi Arabia to the United Nations, Abdallah Al-Mouallimi, according to Saudi TV channel Al Arabiya.

The letter included "Saudi Arabia's holding of Iran and the Houthi militias it supports fully responsible for Tuesday's attack on the kingdom's oil facilities."

According to the same source, a joint message was sent from Saudi Arabia and the UAE to the UN Security Council and UN Secretary-General António Guterres, on the attack and sabotage operation that occurred last Sunday against four ships in the international sea off the UAE's territorial sea and coasts.

On Tuesday, Saudi Arabia announced that bombed drones attacked two oil-pumping stations from the Eastern Province fields to Yanbu Commercial Port on the western coast by the Houthi group.

Read: Hamas is worried and silent about Saudi Arabia's policy towards it

The attack came hours after the Houthis announced the launch of seven drones, and the carrying out of attacks on vital Saudi facilities, according to the group's TV channel Al Masirah.

On Monday, Riyadh announced that two Saudi carriers had been hit by a sabotage attack on their way to cross the Persian Gulf near the UAE's territorial sea.

Riyadh's announcement came after the UAE Ministry of Foreign Affairs issued a statement, in which it said that four merchant ships of several nationalities (not identified), were subjected to sabotage operations near the territorial sea on the way to the Port of Fujairah.

Earlier this week, the United States announced the deployment of an aircraft carrier and strategic bombers in the Middle East, after "indicators of a real threat from the Iranian regime."

The Strait of Hormuz, the primary energy transport waterway in the world, witnessed a war of statements between Tehran and the Gulf States after Iran's threat to close it in response to a US move to reduce Tehran's oil exports to "zero".