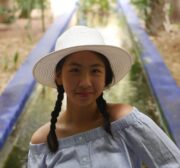 Palestinian-American supermodel Bella Hadid has come under fire on social media for supposedly disrespecting Saudi Arabia and the UAE in her recent Instagram story. She is pictured with the sole of her boot facing three planes, including a Saudi plane and a UAE plane, an insult in Arab culture.

Many Saudis and Emiratis have taken to social media to express their outrage. Some have called for her to be banned from entering their countries.

honestly Bella Hadid is canceled … someone ban this piece of trash from entering UAE and KSA … pic.twitter.com/g2QJSVTTFG

BELLA HADID MUST BE BANNED FROM UAE 🇦🇪 pic.twitter.com/sbw7dRsYju

Others tweeted at brands that Hadid has worked with, threatening to boycott the stores of Dior and Versace.

Some focused in on her Palestinian heritage, questioning why she would be so outspoken about Saudi Arabia and the UAE if she wouldn't do the same for her own country.

Big disappointment. You are ugly inside . Stop wearing fancy clothes and go and fight in Palestine

Bella Hadid is out there posting a picture of her shoe towards the Emirati and Saudi flags because she read somewhere that they are behind Sudan's unrest. Just wondering when she'll be posting a similar picture with Israel's flag? Or is Palestine less important than Sudan?

While others highlighted her background as a model, deeming her unqualified to talk about political issues.

#BellaHadid
We all know that Saudi Arabia and the United Arab Emirates helps other people in the world, but the question is What did you do for your country "Palestine"?? Support them by take off your clothes in America and be a model. pic.twitter.com/8PmTmaATjJ

Trolls have also been harassing her family members on their social media accounts, spamming their comments with the Saudi and UAE flags.

Ok so we all know I love a menswear moment. I also, always and forever, love me some @donatella_versace. The collection @versace showed last night made so many dreams come true [menswear looks I'm going to steal for my own closet] that my breathe was taken away every direction I looked. 🌈 DV, you inspire me in so many ways. I love you and am so grateful to know you, work with you, and get to experience the creativity of Versace. Thank you so much for having me💘

On her brother Anwar Hadid's latest Instagram post social media users commented on Saudi Arabia's historically close ties to Palestine, saying "Saudi Arabia is the only country that boycotted Israel and has no Saudi embassy. Our greatest kings have been killed and many of our people martyred for Palestine," while others insulted his sisters and even called for a boycott of the entire Hadid family.

Bella Hadid is known for her outspoken nature about world issues, attending protests demanding Palestinian be given their rights and raising awareness of the plight of the Sudanese people to her nearly 25 million strong following on Instagram.

READ: Sudan will not be silenced