PA: No relations with US until it u-turns on Jerusalem 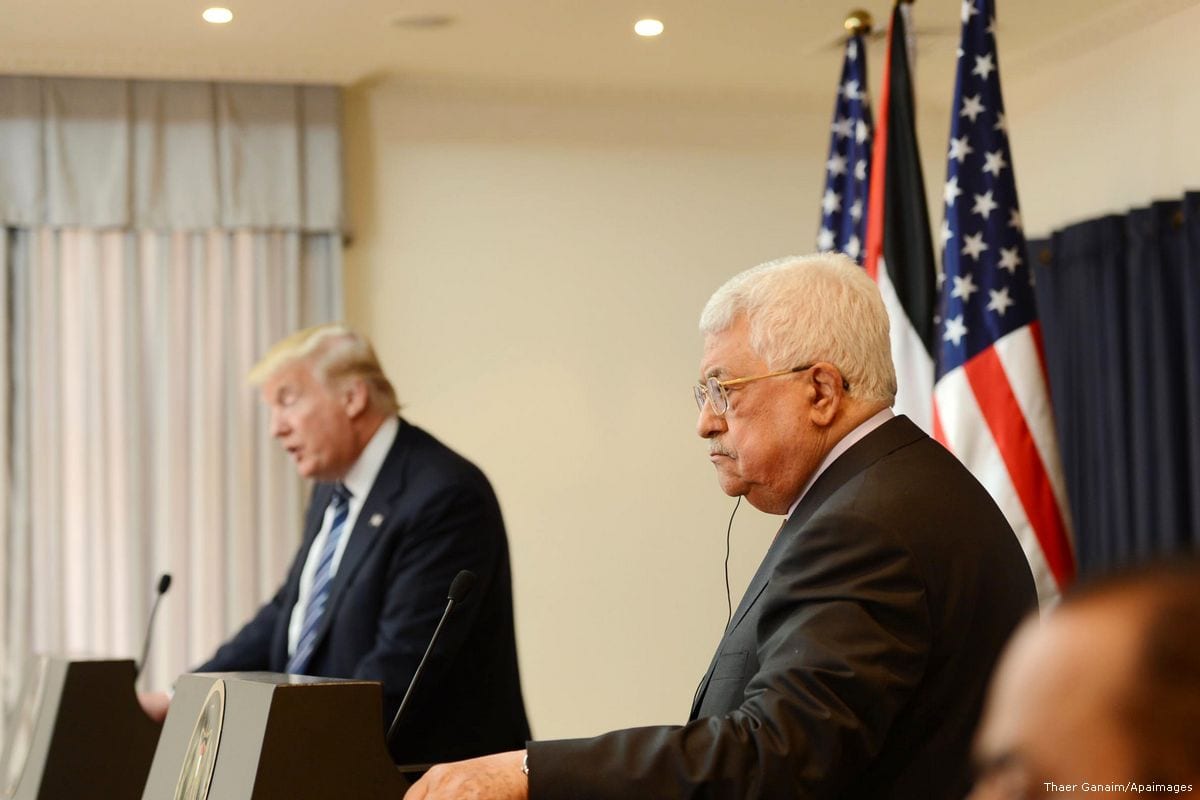 Palestinian President Mahmoud Abbas meets with US President Donald Trump in New York City, US on 19 September 2017 [Thaer Ghanaim/Apaimages]
July 15, 2019 at 11:09 am

Palestinian Authority (PA), PLO and Fatah President Mahmoud Abbas stressed yesterday that relations with US will not be resumed unless Washington's positions regarding Jerusalem are changed, Quds News Net reported.

Abbas also said that relations with the US would not be resumed without it committing to the two-state solution.

Speaking during a meeting for Fatah's Consultative Council held in his office in the occupied West Bank city of Ramallah, Abbas reiterated that the boycott of the Bahrain workshop undermined the Palestinian cause.

READ: The US administration and fanatic Zionism

At the end of last month, the US hosted a conference in the Bahraini capital Manama to unveil the economic aspects of its peace plan for the Palestine-Israel conflict. The PA and Palestinian businesspersons boycotted the event which they said is an effort to liquidate the Palestinian cause and rights.

Last week, US Middle East envoy for peace Jason Greenblatt announced that he has held meetings with leaders and officials within the PA "in their personal capacity".

In an interview with the US-based Arabic news channel Al-Hurra today, Greenblatt revealed that the meetings have been conducted in secret due to recent disagreements and tenses in relations between the US and the PA.