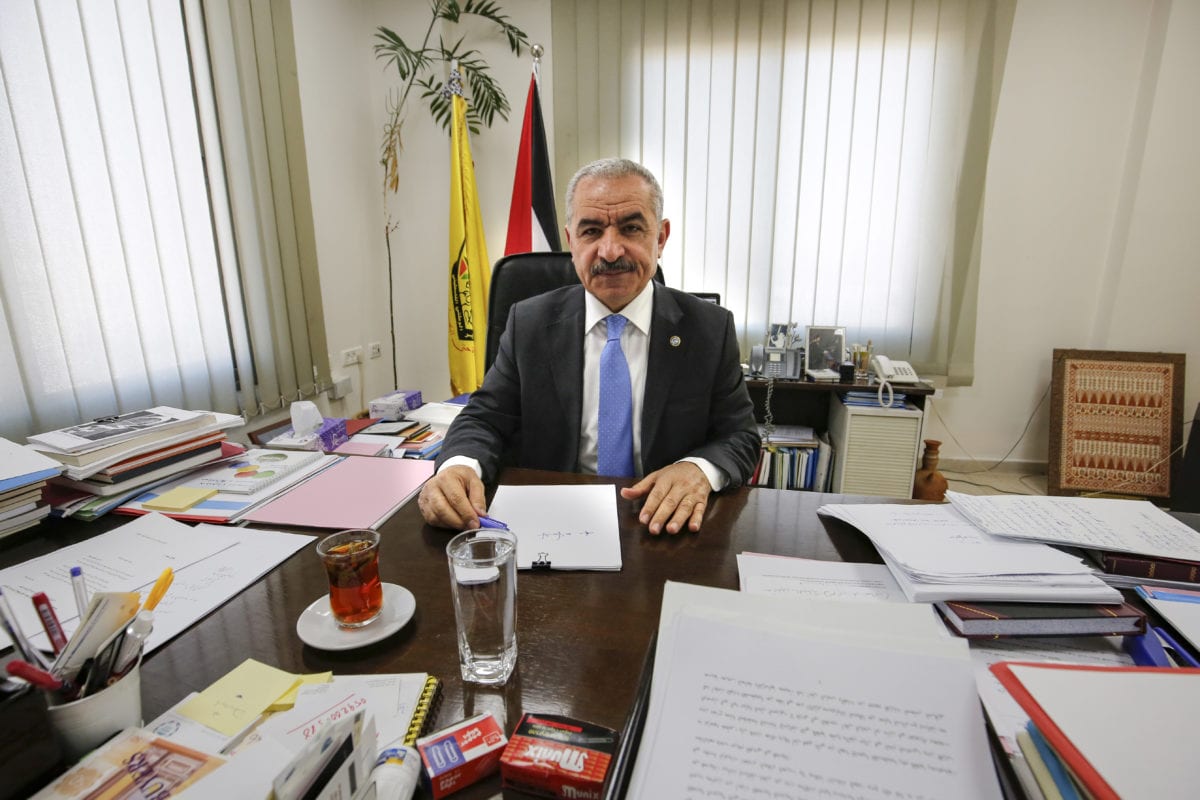 Palestinian Prime Minister Mohammad Shtayyeh in the West Bank city of Ramallah on 10 March 2019 [ABBAS MOMANI/AFP/Getty Images]
May 20, 2019 at 7:19 pm

Palestinians will stay away from a US-led conference in Bahrain next month that the Trump administration has cast as an overture to its own plan for peace between them and Israel, a Palestinian cabinet minister said on Monday, reports Reuters.

Washington announced the conference on Sunday, describing it as an opportunity to drum up international investment for the Israeli-occupied West Bank and the Gaza Strip.

The Palestinians, who have boycotted the Trump administration since it recognised Jerusalem as Israel's capital in December 2017, have shown little interest in discussing a plan on which they had no input and that they anticipate will fall far short of their core demands.

Palestinian Prime Minister Mohammad Shtayyeh said on Monday that his government had not been consulted on the June 25-26 gathering in Manama.

OPINION: The international community makes a mockery of human rights

After the cabinet met, Ahmed Majdalani, the social development minister and a member of the Palestine Liberation Organisation executive committee, said:

There will be no Palestinian participation in the Manama workshop. Any Palestinian who would take part would be nothing but a collaborator for the Americans and Israel.

Shtayyeh reiterated Palestinians' aspirations for a two-state peace agreement with Israel entailing control of the occupied West Bank and Gaza – currently run by the Islamist group Hamas – as well as East Jerusalem as their future capital. Internationally-mediated talks to that end have been stalemated for years.

Israel calls Jerusalem its indivisible capital and has said it might declare sovereignty in its West Bank settlements, which are deemed illegal by the United Nations and most foreign governments.

US officials have predicted the Manama event will include representatives and business executives from Europe, the Middle East and Asia, as well as some finance ministers.

The economic component discussed will constitute an announcement on the first part of the Trump peace plan, US officials have said.

But Bashar Masri, a Palestinian businessman and the founder of Rawabi, the first Palestinian planned city in the West Bank, said he had turned down an invitation to speak at the conference.

"We will not engage in any event outside the Palestinian national consensus," Masri wrote on social media. "The idea of an economic peace is an old one now being asked in a different way, and just as our people have rejected it in the past, we reject it now."

Israel's finance minister, Moshe Kahlon, said on Sunday he had yet to receive an invitation to the Bahrain meeting.

We have no problem sending representatives to Bahrain, but the problem, as always, is that the Palestinian side is not genuinely interested in economic benefits.

The Trump administration has said its still-secret peace plan would require compromise by both sides. Since being boycotted by the Palestinians, it has cut back on US aid for them, contributing to economic hardship in the West Bank and Gaza.

Gaza's ruling Hamas movement, shunned in the West for its hostility to Israel and locked in a power struggle with Palestinian President Mahmoud Abbas's secular Fatah party, also condemned the Bahrain conference.