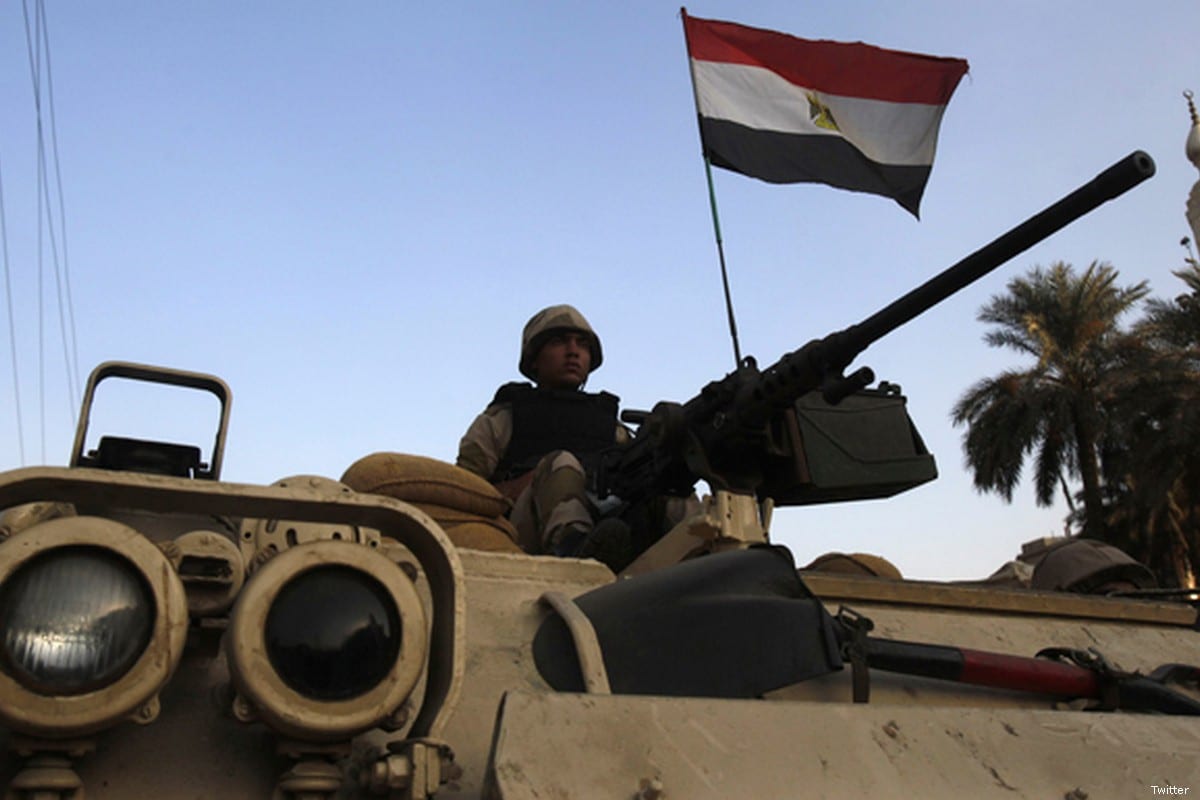 The victims of the bombing were a civilian and a member of the security forces, the sources said.

An Egyptian military spokesman said in a statement that security forces killed the bomber before he reached a checkpoint, which was his intended target. The spokesman confirmed that a member of the armed forces was killed after the bomber's explosive belt detonated.

Islamic State claimed responsibility for the attack via its Amaq agency, saying five members of the security forces were killed or injured.

Islamist militants, some linked to Islamic State, are active in the Sinai Peninsula, and security forces launched a major operation there in February last year.

Thursday's bombing took place at a car park in the town of Sheikh Zuweid, near the border with the Gaza Strip, a security source and a medical source said.

Separately, two security sources said four headless bodies were found in an empty street in the North Sinai town of Bir al-Abd on Wednesday. Their families had reported that the four men, aged 23 to 51, had been kidnapped, the sources said.

Islamic State claimed responsibility for the beheadings via the Amaq agency, saying the four were spies for the Egyptian military. A security source said the security services were trying to find and identify the perpetrators.

Egypt's State Information Service could not immediately be reached for comment.

The Egyptian military, which launched its campaign in Sinai after a jihadist attack in November 2017 on a mosque in which hundreds of worshippers died, says hundreds of militants have been killed in the campaign.