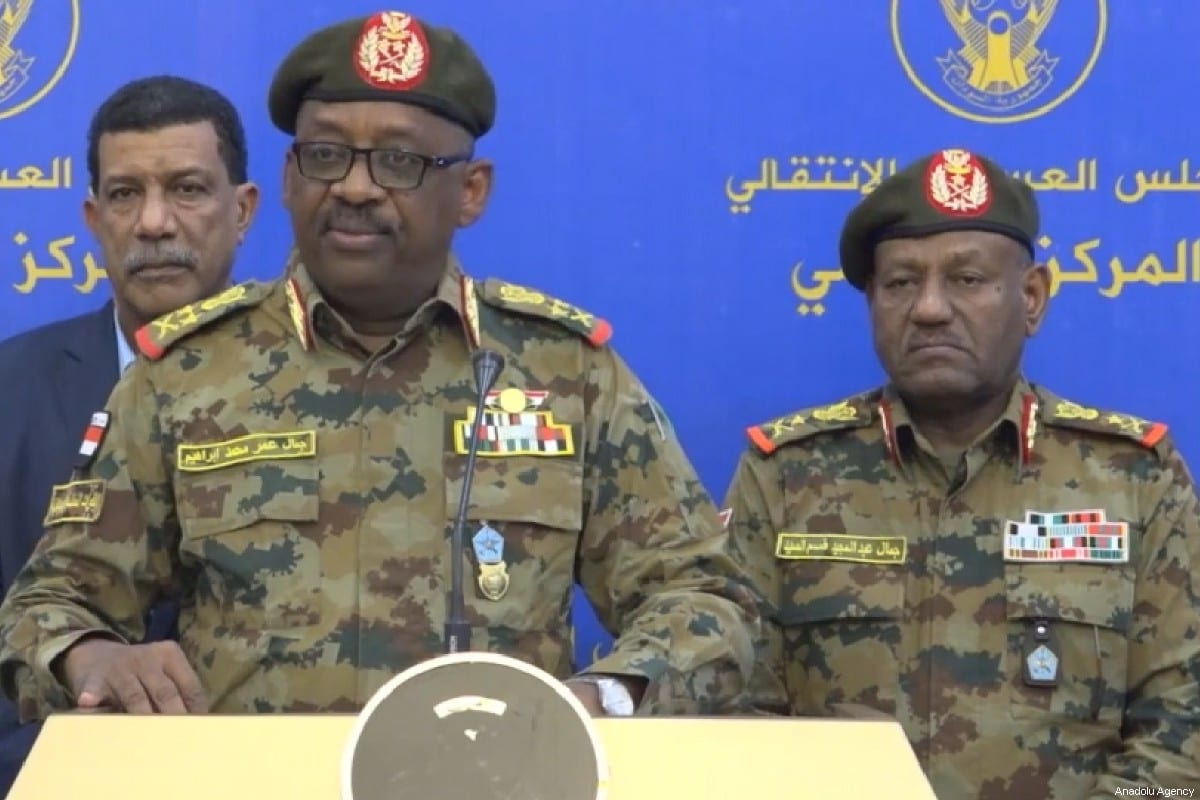 A screen grab captured from the statement broadcast live on state-run television shows General Jamal Omar (front), chairman of the ruling military council’s Committee on Security and Defense, declares that it had foiled an attempted coup in Khartoum, Sudan on July 12, 2019 [AA / Anadolu Agency]
July 20, 2019 at 2:14 pm

A power-sharing deal between the Sudanese military and protest leaders has been suspended and talks postponed over differences among the opposition parties, protest leaders said yesterday.

Sudanese and Arab media reported protest leaders as saying that the talks aimed at signing the second part of the deal were put off because opposition leaders needed more time to resolve differences among themselves.

"The talks have been postponed," Omar Al-Digeir, a prominent protest leader, told mass media. "We need more internal consultation to reach a united vision," he added, without setting a new date for the resumption of talks.

On Wednesday, the military and the protest leaders signed the first part of a power-sharing deal which stipulated the formation of a ruling council consisting of five generals and five civilians, with a sixth civilian to be chosen by the ten-member council.

A military general was to head the council for 21 months and then a civilian was to run the council for 18 months, to account for the total 39-month transitional period.

Deputy Chief of the ruling Military Council, Mohamed Hamdan Dagalo – who signed the deal on behalf of the generals – said the agreement was an "historic moment" for Sudan.