UAE proposes to host next 'deal of century' meeting 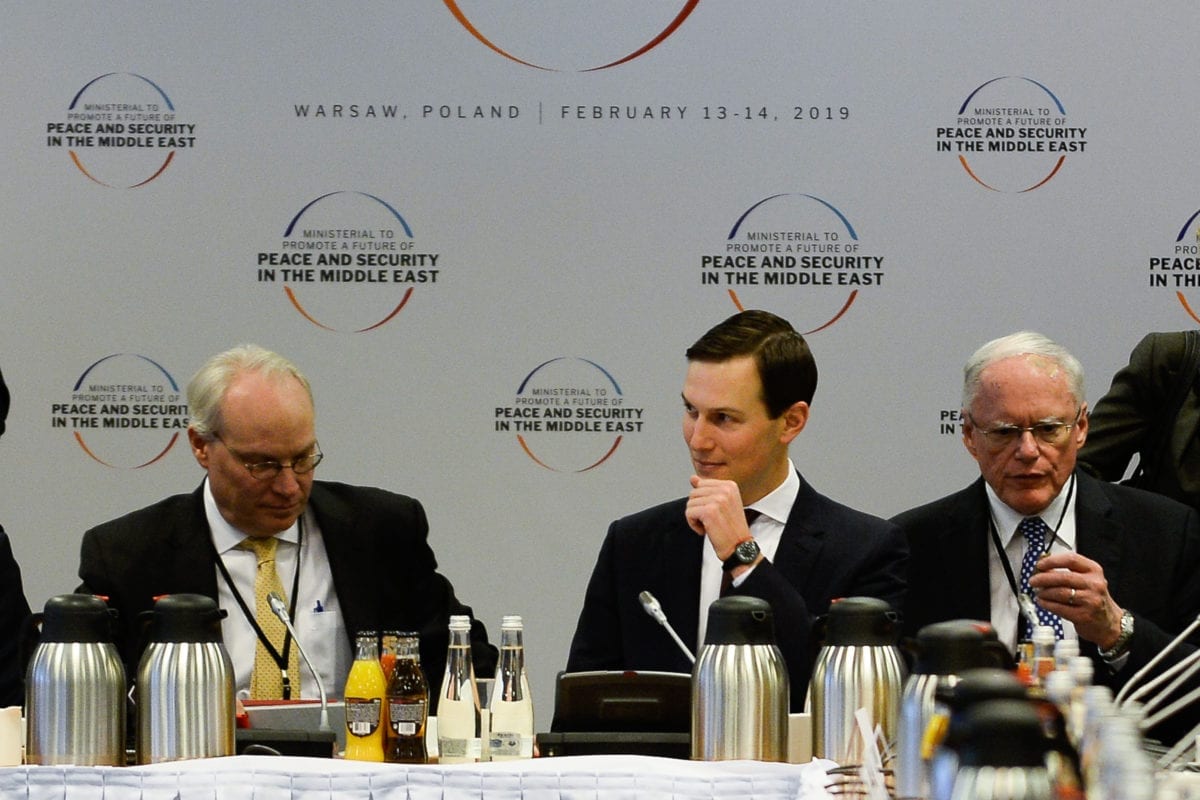 Jared Kushner,Senior Advisor to the US President and son-in-law during the opening of the plenary session at the" Ministerial to Promote a Future of Peace and Security in the Middle East" co hosted by US and Poland in the National Stadium in Warsaw, Poland on 14 February 2019. [Omar Marques - Anadolu Agency]
July 29, 2019 at 11:01 am

The UAE has proposed that it hosts the second "deal of the century" meeting, Al-Khaleej Online reported yesterday.

Citing Arab sources, the site said Abu Dhabi sent a message to US President Donald Trump through his son-in-law Jared Kushner that it is ready to host the second meeting of its peace plan the deal of the century.

Despite the American reservations related to the "weak" UAE role in the region compared to other countries like Saudi Arabia and Egypt, the US initially agreed to have the UAE host the meeting.

The Arab sources told Al-Khaleej Online that the UAE is to take up all the responsibilities related to the preparations for the meeting and sending invitations to Arab, American, Israeli and Palestinian officials.

Discussions related to the meeting will officially start in August, the sources said.

Bahrain hosted a two-day workshop on 25-26 June during which the US unveiled the economic plans for it's vision for Middle East peace and bringing an end to the Palestine-Israel conflict.

Palestinian officials and businessmen boycotted the event saying it was an effort to eradicate the Palestinian cause and the rights of refugees.