Tibi: I do not recognise Israel's sovereignty over Al-Aqsa

Arab Member of the Knesset Ahmad Tibi said he does not recognise Israel's sovereignty over Jerusalem or Al-Aqsa Mosque.

Speaking on Israeli television, Tibi said that he could not accept the presence of any Jew in Al-Aqsa Mosque, adding that Al-Aqsa is exclusive to Muslims, adding that Jerusalem is an occupied city. 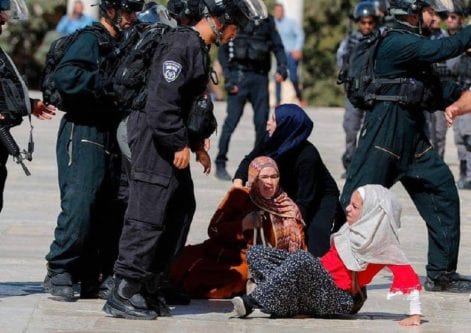 Tibi said that Israeli soldiers suppressed worshippers on the first day of Eid Al-Adha and attacked them in a brutal manner in a scene that reflects the violent image of the occupation.

Prayers for Eid Al-Adha, a celebration marked by Muslims around the world, were held in Al-Aqsa Mosque on Sunday but were marred after Israeli settlers stormed the Muslim holy site.

"Since the morning, over 1,729 Jewish settlers have entered the compound," Firas Al-Dibs, a spokesman for Jerusalem's Religious Endowments Authority said in a statement.

"The settlers incursions were backed by Israeli police officers," he said.

Tibi was at the site attending prayers and was injured as a result of teargas inhalation.