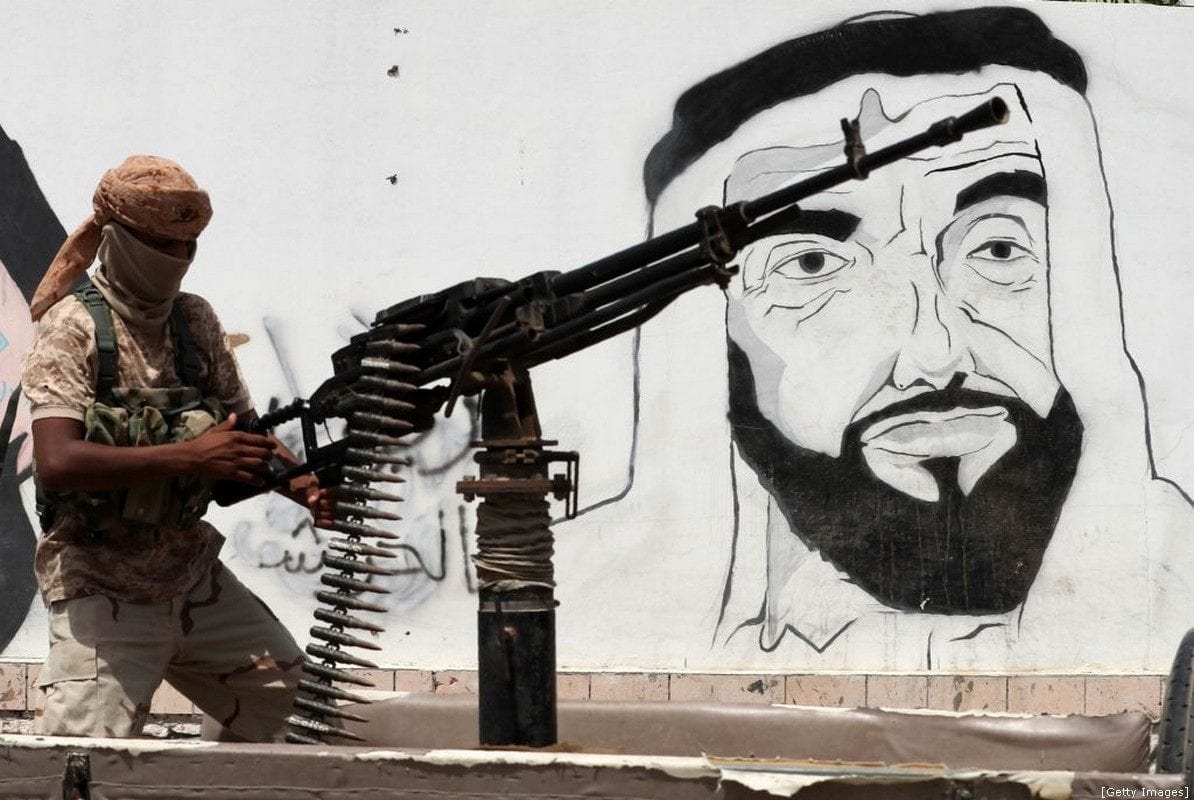 A soldier loyal to the Saudi and UAE-backed government, manning a machine gun mounted on a vehicle passing by a mural depicting the late UAE founder and president Sheikh Zayed bin Sultan al-Nahyan, along a street in the southeastern port city of Mukalla, the capital Hadramawt province, Yemen, on 8 August 2018 [KARIM SAHIB/AFP/Getty Images]
August 26, 2019 at 10:30 am

Yemen's Culture Minister Marwan Dammaj has accused the United Arab Emirates (UAE) of exploiting the conflict in the country to seize control of its ports and coasts, Anadolu reports.

The UAE has been the focus of anger in Yemen after UAE-backed separatist forces took control of all government military camps and the presidential palace in the southern city of Aden after clashes with government forces.

The violence has triggered calls inside the Yemeni government for expelling the UAE from the Saudi-led coalition fighting Houthi rebels since 2015.

Writing on Twitter on Monday, Dammaj said calls for the separation of southern Yemen "have been there before the war triggered by the Houthi movement".

"But building and arming a separatist movement and enabling it to seize control of the south and undermine legitimacy is an Emirati behavior that runs counter to its legal and international obligations and as a member of the coalition supporting legitimacy," he said, referring to the Saudi-led coalition.

Yemen plunged into a civil war in 2014 when Iran-backed Houthi rebels overran much of the country, including the capital Sanaa.

The ongoing violence has devastated Yemen's basic infrastructure, prompting the UN to describe the situation as "one of the worst humanitarian disasters of modern times".